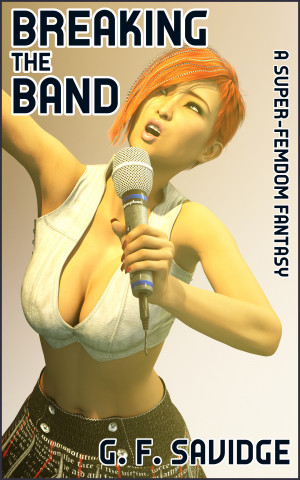 Breaking the Band: A Super-Femdom Fantasy

After twenty years near the top of the charts, America’s seventh most popular rock band have broken up, but one of their fans isn’t ready to let them go without a fight. Unfortunately for them, she has superhuman powers and an appetite for sexual domination.

One by one, she tracks down and takes the members of the band before forcing them to engage in a command performance for a very special audience: her.

Reviews of Breaking the Band: A Super-Femdom Fantasy by G. F. Savidge

I like this kind of evil Superwoman novel very much！I hope the author can write more novels on this subject, and the length should be longer.

You have subscribed to alerts for G. F. Savidge.

You have been added to G. F. Savidge's favorite list.

You can also sign-up to receive email notifications whenever G. F. Savidge releases a new book.