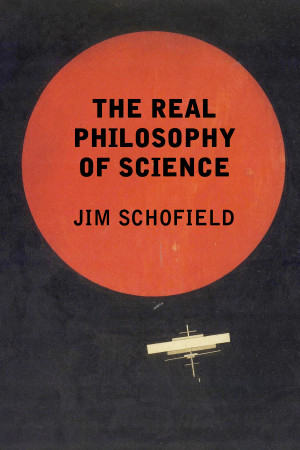 The Real Philosophy of Science

By Jim Schofield
The Real Philosophy of Science by Jim Schofield presents a damning indictment of contemporary physics and explores the historical reasons for science's flawed development. As both a philosopher and a theoretical physicist, Schofield offers unique insight into both these fields, sets out an alternative approach, and calls for a new intellectual revolution. More
A complete rethinking of the Philosophy of Science is now vital. As climate change accelerates and capitalism slowly dies around us, it is no longer hyperbolic to state that human civilization now hangs in the balance. For the positivist consensus, salvation must come from science and its greater capacity to understand these problems and proffer vital solutions. Unfortunately for us all, and unbeknownst to most, science is in dire straights too. As it stands, contemporary science is not equipped to deal with these profound qualitative changes, or even its own shortcomings and failings. Physics, for example, has been undergoing a secret existential crisis for an entire century.
For the last ten years, physicist and philosopher Jim Schofield, has been publishing new theories and damning critiques of the scientific consensus in SHAPE Journal. His polemical writing largely rejects the epistemology of science as it is usually conceived, and instead poses a dialectical view of scientific history, its impasses and mistakes, and our flawed methods and assumptions.

The Real Philosophy of Science is Jim Schofield’s first full-length book on the subject, but it is long overdue. Many hundreds of papers have been published by the author. Included in this vast body of work is a final refutation of the Copenhagen Interpretation of Quantum Theory, alternative explanations for all of the anomalies of the Double Slit experiments, an extension of Charles Darwin’s theories to look at how they might apply to the evolution of reality in general, and the Theory of Emergences, which shows how Marx’s ideas apply beyond the social realm – to the revolutions which happen in nature. For Jim Schofield, it is only through real Marxist intervention in science, and scientific rethinking of Marx, that we can transcend the hidden impasses that now plague human thinking, and set the course of civilisation back on track.
Available ebook formats: epub mobi pdf lrf pdb html
First 30% Sample: epub mobi (Kindle) lrf more Online Reader
pdb
You set the price! USD
Buy Add to Library Give as a Gift
How gifting works
Create Widget
Tags: history science metaphysics evolution marxism epistemology materialism emergence holism dialectics
About Jim Schofield

Jim Schofield is a retired Professor, Theoretical Physicist and devoted polymath with very diverse interests, from Computer Science and Sculpture, to Dance and Mathematics. He has been writing critically on the Philosophy of Science for many decades, and began publishing his extensive research in this area online, after establishing SHAPE Journal with Dr. Peter Mothersole and his son Mick Schofield, in 2009.

Before taking early retirement in the 1990s due to ill health, Schofield was Director of Information Technology at Goldsmiths College, University of London. Prior to that post he worked in computer-aided research in many different fields including Mathematics, Biology, Engineering and Dance Education.

For many years Jim Schofield was active in left-wing politics, a former member of the Labour Party and Young Socialists, and later the Workers Revolutionary Party. While critical of the movement he continues to be a committed Marxist, and it is from this philosophical standpoint, and his many decades of experience as a researcher and teacher, that his profound criticism of contemporary science stems.

Reviews of The Real Philosophy of Science by Jim Schofield

You have subscribed to alerts for Jim Schofield.

You have been added to Jim Schofield's favorite list.

You can also sign-up to receive email notifications whenever Jim Schofield releases a new book.