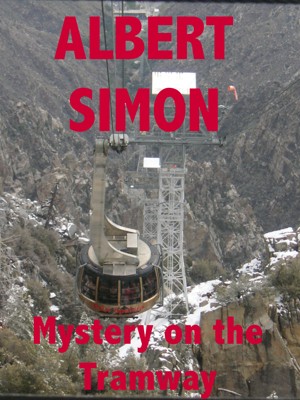 Mystery on the Tramway: A Henry Wright Mystery

By Albert Simon
Rated 5.00/5 based on 1 reviews
A lone body with a bullet hole. No possible motive. A grieving mate. A distraught colleague. These are the elements that make up the mystery surrounding the death of the world famous Palm Springs Tramway's chief maintenance technician. Detective Henry Wright stays close to home in Palm Springs to solve this mystery that is impossible to explain. The 3rd book in the Henry Wright Mystery Series.

I love all the Henry Wright books, bought all the not for free ones! I want more.

(reviewed 24 days after purchase)
Evelyn reviewed on Sep. 18, 2011
(no rating)
Had to read another Henry wright series. So good I purchased all.