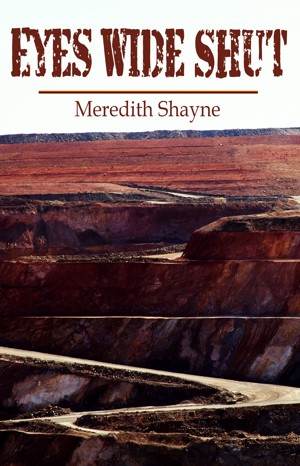 Rated 4.00/5 based on 2 reviews
Adam Taylor is a doctor in the Royal Flying Doctor Service. Chris Barker is his mining engineer ex-boyfriend, deeply closeted but unable to stay away from Adam. An accident while Adam is on duty changes Chris’ priorities, but his change of heart might have come too late to do any good. More
Adam Taylor liked working for the Royal Flying Doctor Service. He didn’t even mind the tiny outback town in Western Australia where he was based. If the downside was doing the regular clinic at the Mount Keith nickel mine where his mining engineer ex-boyfriend Chris Barker worked, well, he’d coped with worse. When a visit from Chris leads to an unexpected encounter, Adam can’t help but hope for things to get back on track.

If Chris couldn’t keep away from Adam, the least he could do was make sure that his redneck workmates never found out. It was better for everyone that way. At least, that’s what he’d thought, until Adam got caught in a mine cave in and Chris thought he was dead. After that, being outed didn’t seem so important anymore. Chris just hoped he’d get a chance to tell Adam that.
Download: epub mobi (Kindle) pdf more Online Reader
rtf lrf pdb txt
Price: Free! USD
Add to Library
Create Widget
Tags: medical australia
About Meredith Shayne

A scientist in a past life, these days Meredith Shayne mainly uses her scientific training to poke holes in television pseudoscience. Originally from Australia, she moved to New Zealand to start a new life a few years ago and hasn't regretted it for one minute, even if she frequently wishes that the New Zealand weather was a little better; if she's forced, she'll admit that the refreshing lack of animals that can kill you in New Zealand makes up for a little rain. Meredith travels a lot, so much so that she has developed a shameful love of airplane food and knows her passport number by heart. When she is at home, she enjoys baking, horrible music from the 1980s, reality television, and gloating any time Australia thrashes the living daylights out of New Zealand on the sporting field.

You have subscribed to alerts for Meredith Shayne.

You have been added to Meredith Shayne's favorite list.

You can also sign-up to receive email notifications whenever Meredith Shayne releases a new book.