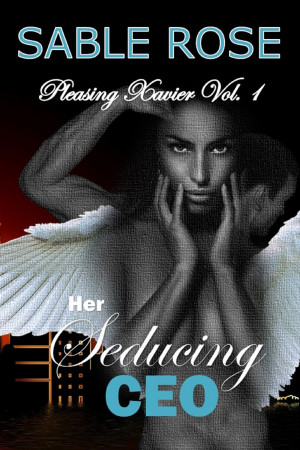 She wants to be his girlfriend but all he can offer is life-changing, couch-overturning sex...
Tamara's new boss is handsome, wolf-eyed and enigmatic and he wants to have life-changing sex with her!
But, she’s been recruited by a shady group to spy on him.
A group that believes that there are still angels on earth, in hiding, and that her boss is one of them!
And they need her help to kill him. More
A paranormal erotic romantic suspense story of manipulation and sexual surrender...
For most of her life, soft-spoken and naive Tamara Abbey has known that angels once were on earth and they impregnated human females who gave birth to the first Nephilim. That was years ago.
Now, there are no more angels left on earth. Now, Nephilim and humans try to live in peace, side by side.
But, at a job interview, the HR Manager offers Tamara a job as executive assistant to the conglomerate’s CEO, instead of the job she applied for, and it’s almost as if he needs her to say yes to the job offer.
Strange.
She’s never done the job before but just before she can reply, she sees a man walk past. Tall, mahogany-skinned, sharp-cheekboned and magnificent.
And of all things, he stops to stare at her. Her!
Soon after, she comes face to face with Mr. Magnificent. He’s Xavier Osagie, the CEO. The man she would be working for.
If she accepts the job, that is.
Tamara is hooked. Of course, she’ll take the job.
Her new boss is dreamy. Xavier. Wolf-eyed with cheekbones sharp enough to cut glass.
But, it’s strange.
She’s never seen him eat. He only sips from a flask.
And, he carries around a gold-bladed weird dagger. What kind of CEO needs a dagger?
Xavier is an enigma. Now he wants to have sex with her. But the catch is…
He’s offering life-changing sex and nothing more.
Life-changing sex. She didn't know such a thing existed!
But her dark and sexy boss with the most appealing amber eyes she’s ever seen is not the only thing on her mind.
She’s been recruited by a shady group who call themselves the Soldiers for Unity.
A group with a compelling message:
There are still angels on earth...

Apart from writing, she loves reading great books and listening to great songs.

She dreams of one day finding time to learn both pole-dancing and belly-dancing.

Sable lives in Lagos, Nigeria with her family.

You have subscribed to alerts for Sable Rose.

You have been added to Sable Rose's favorite list.

You can also sign-up to receive email notifications whenever Sable Rose releases a new book.