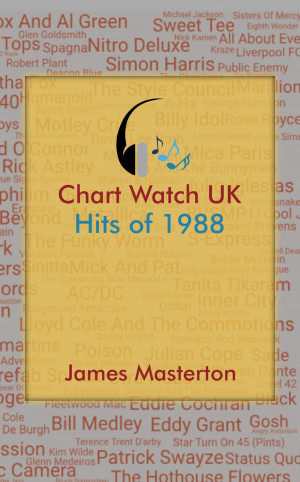 James Masterton is one of the longest-serving music writers online, having written a weekly guide to the UK Charts since 1992. He has written for dotmusic.com, Yahoo! Music and About.com. The column now has a new permanent home at chart-watch.uk, where you can also read the complete archives dating back to the early 1990s. He has appeared on BBC and Channel 4 television as a music critic and spoken on radio stations across Europe about the latest events on the UK charts.

He lives in Sidcup, South East London and spends his days making sports radio programmes, although he cannot tell you who won the FA Cup last year.

You have subscribed to alerts for James Masterton.

You have been added to James Masterton's favorite list.

You can also sign-up to receive email notifications whenever James Masterton releases a new book.