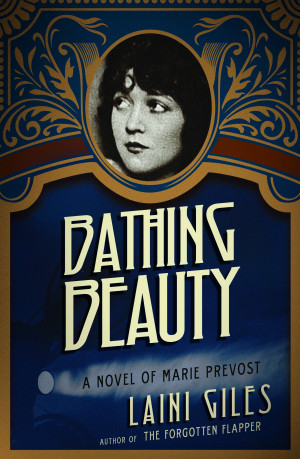 A fictionalized biography of silent film star Marie Prevost. More
During Hollywood’s infancy, Marie Prevost is a beautiful Canadian who becomes famous for her silent film work with Mack Sennett’s Bathing Beauties. Lured away by an offer from Universal Pictures, she makes more profitable flapper-themed movies, and when her contract ends, she moves to Warner Brothers, where her star continues to rise. Her triumph in Ernst Lubitsch’s The Marriage Circle and her marriage to actor Kenneth Harlan mark her as one of filmdom’s biggest stars of the 1920s.
But in 1926, a series of tragedies combine to torpedo her career. By the 1930s, with her star fallen, Marie desperately claws her way back, fighting weight gain and alcohol in her struggle to get back on top. In Bathing Beauty, Marie tells the story of her rise to fame and her struggle to regain it, despite all the odds.
Available ebook formats: epub mobi pdf lrf pdb txt html
First 20% Sample: epub mobi (Kindle) lrf more Online Reader
pdb
Price: $2.99 USD
Buy Add to Library Give as a Gift
How gifting works
Create Widget
Tags: hollywood canada scottish 1920s movie star silent film warner brothers flapper mack sennett
About Laini Giles

A native of Austin, Texas, Laini Giles grew up the daughter of bookworms, and became a Nancy Drew devotee early on. When she realized there might be no escape from hairy tarantulas and bad guys with guns, she put her detective dreams on hold and wrote about them instead, finishing her first mystery novel with custom illustrations when she was eight. It was this love of mystery combined with a love of old MGM musicals and The Marx Brothers that led her to check Kenneth Anger’s Hollywood Babylon out of the library during her formative years. Ideas began to simmer. A graduate of the University of North Texas, she put the writing on hold for a while when real life got in the way (i.e.—she met and married her Canadian husband and headed north for maple-flavored goodies and real beer). She highly recommends moving to another country and not being able to work for a year for finishing any novels you may have laying around. Laini and her husband live in Edmonton, Alberta with their two girl cats, Lily and Lola.

About the Series: Forgotten Actresses

Hollywood has always eaten its own. The Forgotten Actress novels detail the ups and downs of a number of famous Hollywood hard luck cases, not flinching on drama or juicy details.

You have subscribed to alerts for Laini Giles.

You have been added to Laini Giles's favorite list.

You can also sign-up to receive email notifications whenever Laini Giles releases a new book.