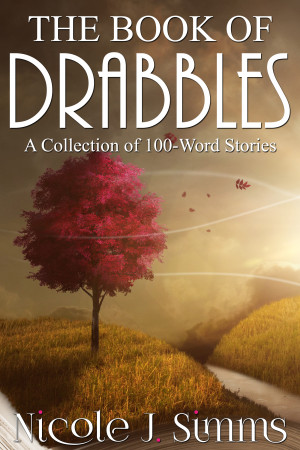 The Book of Drabbles

By Nicole J. Simms
Rated 5.00/5 based on 4 reviews
Enjoy twenty drabbles, ranging from heartfelt to spooky. And experience the magic of storytelling in exactly 100 words. More
Welcome to The Book of Drabbles, a collection of twenty drabbles (100-word stories).

In this collection, a woman struggles to deal with becoming a killer, the world of social media distracts a superhero, a magician’s trick goes wrong, a boy regrets hunting for the Bogeyman, a friendship ends, a girl finds hope again after a tragic loss, there’s a beer thief, a robber may have done his last job, a case of mistaken identity proves fatal and a witch’s secret is revealed, plus many more tales all told in exactly one hundred words.

So far her stories have been published in magazines (e.g. Firewords Quarterly - Issue 4), websites (e.g. Flash Flood Journal 2015 & 2018) and anthologies (e.g. The Dark Bard edited by Catherine May). She also won the Nine Voices’ 2016 50-Word Halloween Competition with her story titled ‘Meeting the Parents’. And, you can also download her e-books Merry Dreadmas and The Book of Drabbles for FREE.

She’s the deputy leader of the Oldbury Writing Group, which is a writing group based in Oldbury, West Midlands. Together the group published a World War Two anthology titled From Sunrise to Sunset in 2016. They are now working on their second anthology.

Nicole is a contributor to the Horror Tree website — this is a resource for writers, which provides industry news, publishers with open markets and writing advice. Her column is called ‘Setting Self Doubt on Fire’, and here she writes blog posts aimed at writers who are struggling with self-doubt.

When she’s not writing, she loves to bake, knit, paint and watch her favourite television programmes, such as The Walking Dead, Fear the Walking Dead, Game of Thrones, Grimm, The 100, Supernatural and Charmed (old and new). She also enjoys exploring nature reserves, historic buildings and places or any place that can inspire a story.

Surprisingly, her favourite colour is pink, which many find odd considering her love for all things horror.

Reviews of The Book of Drabbles by Nicole J. Simms

Really enjoyed reading these drabbles. It's so difficult to write a story using only 100 words but Nicole has done it brilliantly. A very enjoyable read.

I love this little book. It made me giggle. Nicole J Simms is a brilliant writer and I can't wait to read more of her stuff.

You have subscribed to alerts for Nicole J. Simms.

You have been added to Nicole J. Simms's favorite list.

You can also sign-up to receive email notifications whenever Nicole J. Simms releases a new book.