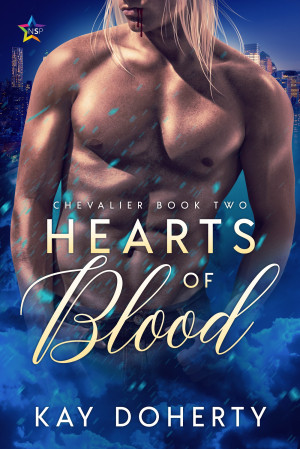 Sakima knew the wolf shifter was his destined companion the moment he scented him at Elysium, but claiming the gorgeous young Omega wolf is a dangerous proposition. Vance and his unconventional pack have attracted the attention of the vampire coven. As the owner of Elysium, Sakima has been asked to use the club to gather information on the powerful interspecies pack and its Alpha.

Unfortunately for Vance and Sakima, the vampire coven and the continued attacks by the McBane Pack are only a portion of their problems. Amidst concerns over Alpha Tanner’s abilities growing with Sakima’s addition to the pack, a spurned ex targets Vance in an attempt to remove him from Sakima’s life, and Elysium becomes a hot bed for interspecies mingling where anyone could be an enemy.
Available ebook formats: epub
Price: $3.99 USD
Buy Add to Library Give as a Gift
How gifting works
Create Widget
Tags: romance vampires gay lgbt paranormal shifters
About Kay Doherty

Kay lives in Colorado with her husband and their animal children. Family is important to her so there are weekly visits to her parents and frequent text messages with her brothers. She has a severe addiction to coffee and Mexican food. She loves to read and write and can easily become consumed by it for hours, much to the dismay of the husband and dogs. On occasion, she can be convinced to venture out into world of the living.

Reviews of Hearts of Blood by Kay Doherty

You have subscribed to alerts for Kay Doherty.

You have been added to Kay Doherty's favorite list.

You can also sign-up to receive email notifications whenever Kay Doherty releases a new book.