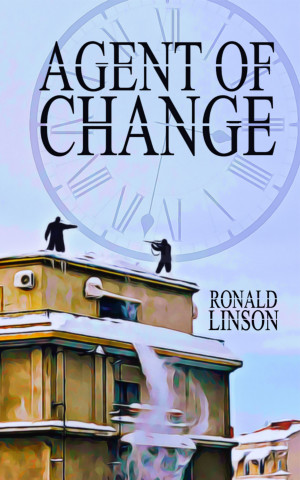 Born and raised in western Connecticut, Ronald Linson now lives in New York City. He earned a degree in Computer Information Systems from Baruch College of the City University of New York, and has found that he prefers writing to database management.

He writes mainly science fiction, fantasy, and horror, but has been known to dabble in other genres. Many of his short stories and poems can be found at http://www.bewilderingstories.com.

In November 2017, he won first place in the On the Premises Mini-Short Story Contest #35, under his real name, Morgan Schafer.
It can be found here: https://onthepremises.com/minis/mini_35/

He has a number of projects in the works, including a YA fantasy novel and collaborations on a children's series and a short story, "Overworked: A Legal Fiction," with Deidre J Owen.

Reviews of Agent of Change by Ronald Linson

You have subscribed to Smashwords Alerts new release notifications for Ronald Linson.

You have been added to Ronald Linson's favorite list.

You can also sign-up to receive email notifications whenever Ronald Linson releases a new book.