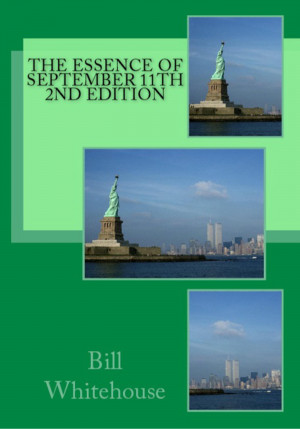 By Bill Whitehouse
This book doesn't advance a conspiracy theory concerning the events of 9/11. It is a critical exploration into an analysis of the ideas that underpin the U.S. government's 'official' position on 9/11 and an explanation of why that position is untenable. This book entails a detailed examination of the alleged 'causes' of the destruction of the Twin Towers, Building 7, and part of the Pentagon. More
This is a work which provides an excellent summary of the essential themes, issues, facts, and questions concerning the tragic events of 9/11. This book engages the events surrounding 9/11 from a very different perspective -- namely that of a member of a hypothetical grand jury which is faced with the task of critically examining the available evidence concerning all manner of 9/11-related topics in order to determine whether or not a further public inquiry into 9/11 is appropriate and necessary. Many questions are raised in this book. The only certain answer which arises out of the pages of this work is that, after careful review, the available evidence indicates the government's official version of 9/11 is not tenable in either principle or detail.

Bill Whitehouse received an honors B.A. in Social Relations from Harvard University and a doctorate in Educational Theory from the University of Toronto. Dr. Whitehouse has spent more than 43 years exploring Islam and its mystical dimension, known in the West as the Sufi Path. In addition, he has counseled individuals from the United States, Canada, Mexico, and Europe who have sought relief from the trauma of spiritual abuse and fundamentalism. He has taught at univerisites in the United States and Canada.

Dr. Whitehouse has been pursuing the Sufi Path for approximately 43 years. For nearly 16 years, he enjoyed a close working relationship with a Sufi saint of the 20th Century who has since passed away.

Dr. Whitehouse produces the Sufi Study Circle Podcast and is the owner of Bilquees Press and the Interrogative Imperative Institute.

You have subscribed to alerts for Bill Whitehouse.

You have been added to Bill Whitehouse's favorite list.

You can also sign-up to receive email notifications whenever Bill Whitehouse releases a new book.