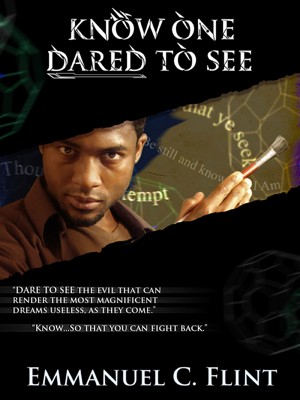 The year is 2110... Months ago, Josiah created a marvelous painting that hangs near the reception counter at the Honey Crown baker's shop, which is located in the center of a city named Rostonia. At the time he had no idea that this work of art would eventually become an image of jealousy; one which would soon come back to haunt him grievously, through the eyes of a hidden foe. As his world is turned upside-down for the benefit of a corrupt local leader, Josiah experiences events that defy imagination and all coincidence. Whilst struggling to maintain his resolve Josiah learns to cope with the ill-treatment, of the misinformed citizens in Rostonia. Apparently they have been prejudiced by widespread and scandalous rumors about him. As he works his way through this dragnet of betrayal and local corruption, Josiah comes to terms with his predicament. In time he devises a way to exact justice through honorable means. By employing his creativity and wit, Josiah exposes a multitude of evils that have permeated the society of Rostonia, courtesy of those who wield a mysterious device called the Zeus Hammer.

Know One Dared To See is a psychological mystery novel that is rendered in a semi-modern style, and is reminiscent of classical English literature. This novel possesses a strong Christian element that is inspiring, poetic and simply breathtaking. The setting is in a minimalist yet futuristic landscape that is tempered with Orwellian undertones. Buy the full novel when it's released and take the challenge; DARE TO SEE the evil that can render the most magnificent dreams useless, as they come, so that you can fight back.

For those of you who are not fans of mildly Shakespearean dialogue, the plain English Version of this book will be available next year ( Late Fall 2013)

My name is Emmanuel C. Flint and...

One of my favorite forms of art is literature because it seems that all forms of communication can be derived from the written word; it possesses the power to inform, transform, enlighten and support the creation of various works, which can convey meaning in our lives. One can construct and deconstruct entire worlds with literature – not to mention lightening up the darkness with wonderfully arrayed words, as they would appear in ink, having been well-received on paper. In recent years I have labored much to gain some mastery thereof; thus, I have developed my own unique form of literary expression that has been baptized by my life-experiences, over the years. Apart from writing, I have been creating visual art since the age of ten. Many years ago while still in adolescence, I decided to pursue a "creative professional" career. During my high school years I sampled various kinds of art such as life drawing, painting, sculpture and foreign animation. By the time I graduated from college I had acquired many self-taught skills - most of all an intermediate knowledge of human anatomy that would prove most useful in years to come.

In May of 2001, I graduated from Massachusetts College of Art with a Bachelor of Fine Arts Degree in Illustration. Thenceforth, I took up digital painting and worked as a freelancer for a few years, creating concepts and covers for small graphic novel-based productions. While trying to expand my horizons as a professional, I became interested in 3D graphics. At the time the visual graphics industry was expanding rapidly in both the video game and motion picture arenas. Computer generated art seemed like a limitless world that was full of grand possibilities.

In time, I decided to enroll in Digital Media Arts College, where I earned a Masters degree in special effects and 3D animation. When I graduated from the program I was awarded the "Best of Show Award," for my graduate thesis demo reel production in May of 2006. Since then I have been working as a freelancer in 3D graphics. Alongside my freelancing endeavors I spend time developing literary works, with the hope that each will serve as a source of inspiration when I publish them. Ultimately, I aspire to take part in screenplay writing and production, hopefully after I gain some tenure as a novel writer, in the years to come. Although the majority of my work is Christian-based, it has the tendency to appeal to all types of audiences.

I currently work and reside in Boston, Massachusetts (USA) where I operative under the business name of Digitalflint.com. 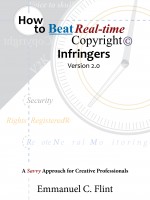 This was a pretty good preview. It has some interesting ideas and was fun to read. Definitely will be a good addition to my library when the full release is out.

You have subscribed to alerts for Emmanuel C. Flint.

You have been added to Emmanuel C. Flint's favorite list.

You can also sign-up to receive email notifications whenever Emmanuel C. Flint releases a new book.