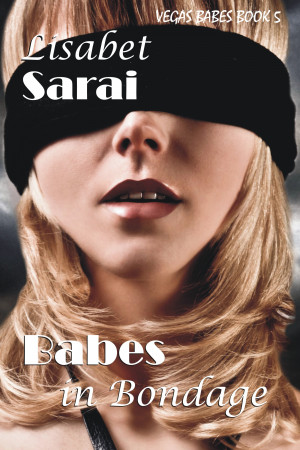 Rated 5.00/5 based on 1 reviews
When an anti-porn terrorist group shuts down the Sin City Fetish Fair, Larry Archer offers The Fox’s Den as an alternative venue. Plans for the Den’s first Kink Night quickly take shape.

Virginal Patricia Hastings leads the Anti-Porn Brigade in their fight against filth. She’s determined to destroy the anything-but-vanilla strip club – if only she can resist her own secret craving for surrender. More
It’s 9 PM in Vegas. Do you know your safeword?

Blonde, beautiful and untouched, Patricia Hastings leads the Citizens Resisting American Perversion in their fight against filth. She’s determined to destroy the licentious, permissive, anything-but-vanilla strip club – whatever it takes. A smidgen of plastic explosive should do the trick... If only she can resist her attraction to the voluptuous, red-headed minx Annie, and her own secret craving for surrender.

“The silver jaws closed around Annie’s right nipple. She’d expected pain, but not the agony that burned through her. Her strangled cry attracted a few curious glances, but hers were not the only screams ringing through the hall.”

Just as the Fetish Fair gets underway, a group of religious nuts plant a bomb and destroys the electrical transformers, which plunge the convention center into total darkness and chaos.

The beautiful, virginal leader of the Citizens Resisting American Perversion anti-porn brigade Patricia Hastings is poised to destroy the Fetish Fair using any means at her group’s disposal, including the use of explosives.

Patricia decides to use her beauty and guile to weasel her way into The Fox’s Den after the strip club offers to use their facilities and host the Fetish Fair when the Convention Center is closed from the homegrown terrorist attack.

I enjoyed reading another stroke story written from a woman’s perspective, and this one is one of Lisabet’s best.