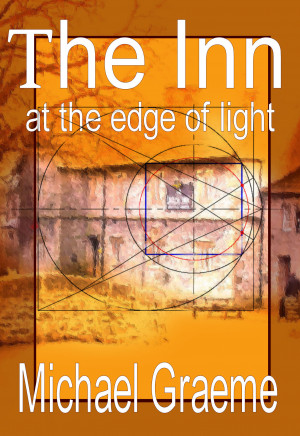 The Inn at the Edge of Light

Rated 5.00/5 based on 2 reviews
Do you think you've only the one life to live? Well, how about two at the same time, or maybe more? And if you think that sounds complicated you'd be right. So you'd better beware of dreams of the Inn at the edge of light, in case you go to sleep in one life and wake up in another,... More
In the summer of '87, Chris Marshal travels to the Western Isles of Scotland and spends the night in a remote mountain hut. There, he's joined by an adventurous backpacker, Jen Munroe, who invites him to go with her on the trip of a lifetime, just the two of them, hiking along the old Hippy trail, all the way to India.

But Chris is shy, and afraid of this bold, confident woman. He says no, then wakes the following morning to find her gone. It's then he realizes going with her was actually the one thing his life actually needed, that he's now doomed to spend the rest of it searching for the essence of what it was he lost that day.

Through the cold-war of the eighties, the surveillance-capitalism and political disintegration of the early twenty-first century, and finally into the depths of a very British dystopia, Chris does his best to adapt, but is forever wishing he could turn back time, and strike out along a more authentic path. And of course, never far from his thoughts is Jen.

She's never far from his dreams either, and in particular his strange recurring dreams of the Inn at the Edge of Light, a place where there's always a welcome, wise counsel, and a warm bed for the night. Here too might lie the answer to the enigma of his life, if he could only work out why it is the landlord keeps asking him if he's happy always with the same room,...

This book is written in second person present tense. The person experiencing the events that make up the plot isn't "he" or "I," it's "you." It took me a while to get used to that, but I'm glad I kept reading. The experience was like undoing a tight knot in a string, maddening but ultimately worth the effort when the tightly twisted strands loosen and open up.

The main character is at times a young man, at others middle-aged and living in a harsh world where the social order is collapsing into chaos. The time period ranges from the 1980s to the 21st century, a near future projected from the actual present. Scenes circle from the inn of recurring dreams to episodes in Chris's real life (referred to as "topside"). At first, it's all pretty obscure, but eventually patterns and a sense of progress emerge.

The narrative is full of symbols and references to mythology, psychology and philosophy. Recurring images include Scotch whiskey, bottles, watches, keys, and a pebble. There are references to the enneagram, journeys, and mystical quests. Almost all the action is interior, a scrutiny of Chris's memories, thoughts, expectations, and hopes. It's almost claustrophobic at times, but ultimately, the knot opens to an ending that, although ambiguous, is satisfying. This is a book I will think about for a long time and probably re-read at some point.

You have subscribed to alerts for Michael Graeme.