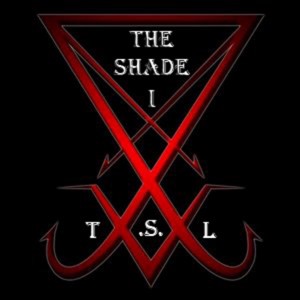 By Tannis Skye
Rated 4.00/5 based on 1 reviews
Kai is a demons mistake - he is a stolen soul with a living body.

Unwilling to let the resident vampire turn Riley, Kai faces Keetes and reveals his superior strength as a stronger vampire; he is a shade. Kai sets out to find the only person who can help him: the phantom Unholy Priest. Kai must get into the Lower Levels to reclaim his soul before Keetes finds his maker. With it... he is human. More
The damned roam undetected below our feet. Once a distinguished, high ranking tier nine angel, Lucifer challenges the vision of the Upper Levels. Before a rebellion can be formed, Lucifer is banished, plummeting to the center of the Earth.

Lucifer forms a lava oasis, which descends nine levels deep. In this new world he creates an army of hellions, renounces his former identity and stands as Abaddon.

Valafar has been in his service since the beginning and millenniums later, it is his turn to prove himself worthy of being Realm Lord of level Four. Before doing so, he is released from the hell-mouth with the task of dragging a soul back with him.

Thinking himself triumphant, Valafar’s intended victim becomes his greatest folly. Kai’s soul has been stolen, but his body remains. Without a soul and not quite dead, Kai lives on, as a shade.

Seventy-five years have passed since the birth of his new life. Kai seeks a quiet existence with the possibility of the human interaction he has been without. But Kai is not the only supernatural being to reside within the sleepy town of Madeira Park.

Keetes is the best friend to Riley, the town’s fire cracker and hot mouth. Meeting at night classes and sharing a mutual love of art, Kai’s connection to Riley is undeniable. Riley is unaffected by any form of compulsion thanks to a shield her unaware clairvoyant friend has placed and she is a puzzle that Keetes has grown bored of trying to solve. It’s time to change her.

Unwilling to let Keetes turn Riley, Kai is forced to reveal his unequalled skill. As he is thrust onto a wooden spike and lit aflame, Keetes vows to seek out Kai’s maker from within the Lower Levels and make him pay.
It is only a matter of weeks before Keetes will find Valafar and when he does, a whole army of hellions will be sent to wreak havoc on the disobedient shade. The only hope Kai has is seeking out the phantom Unholy Priest.

“What will be able to do?” Riley asked.

“Show me the hell mouth entrance.”

“I go in and retrieve my soul. With my soul, I am human.”

I was starting to freak out when I turned twenty-three. I had not done any post secondary education because there was nothing I knew for certain I could love being for all my life.

I've kind of always been one of those people who is good at everything and excellent at nothing.

I finally realized that my mind wouldn't rest until I did something about the stories in my head; I would dream about my stories, obsess over them on days off and vacation time. It FELT like I was already doing it full time outside my normal 40 hours. That is when I made the transition.

I really love writing dark epic fiction with an unexpected twist but I am also very into writing non-fiction too.

On a side note, I have a trucker mouth, crazy hair colors and an eclectic sense of self. 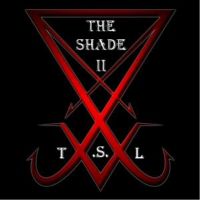 The Shade and the Nine Lower Levels is a dark urban fantasy with supernatural elements. It started off slow for me and left me with unanswered questions. The story line is unique and I look forward to reading more in this series. This novel has vampires, demons, angels, hellions and a new creature called a Shade.

Skye introduced several key characters. Kai, is a demon’s mistake known as a Shade. We learn about his past, and find him living in the woods near the town of Madeira Park. He is for the most part a recluse, and has very little interaction with the townspeople. Riley, the protagonist, of the story is strong, talented and protective of her friends Willow and Fay. I sometimes found her to be annoying and moody. Riley, spent her life in and out of foster care, and carries secrets about her past. Riley and Fay work at the local pub known as The Grasshopper. Riley attends art school at night, and has been friends with Keetes for over a year. She senses Keetes likes her, but he hasn't made a move. Riley finds herself attracted to Kai but his signals are mixed. What she doesn’t know is that these two are far from human, and Keetes has horrible plans for her. Fay is just eighteen and troubled with dreams involving Riley. She learns that she is clairvoyant and tries to warn Riley of the danger she senses from Keetes. Willow is Fay’s sister and the mother figure for the Riley and Fay. The three women live in a cabin deep in the woods outside of the town.

In the Shade and the Nine Lower Levels, Skye introduces you to the characters and then slowly reveals who and what they are. Be patient, as most answers are slowly revealed, and some will shock you. The descriptions of heaven and hell were interesting, as was the tale of Lucifer. While some of the writing and editing was shaky, the tale was well worth my time. This is a fresh storyline and I can see the writer’s vision. The second half of the book shows growth, for both the writer and the story. These emerge as details began to tighten up and the storyline became fast paced. I loved some of the scenes, the suspense and unexpected revelations that occurred throughout the story. Skye's descriptions of the town, the pub and the cabin were vivid. By the end I had connected to the characters, the tale and was left wanting more.

I highly recommend the Shade and the Nine Lower Levels to fans of dark urban fantasy, vampires, demons and the supernatural. I am looking forward to reading the next book in this series. This book is currently only available as an eBook.

I want to thank the author for providing me with this ARC, in exchange for my unbiased review.

You have subscribed to alerts for Tannis Skye.

You have been added to Tannis Skye's favorite list.

You can also sign-up to receive email notifications whenever Tannis Skye releases a new book.