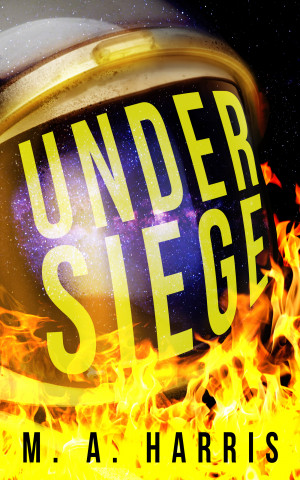 Reviews of Under Siege by M.A. Harris

This is a very well written and well thought out book. The crafting of the characters and the society in which they live in is exquisite! As another reviewer commented the tech is well done and constructed with deliberate care. This is very much a character driven book. Although, there is action in the book, it doesn't fall into the trap of thinking that explotions and guns make everything better. Like I said, the mainstay and driving principle behind the success of this book are the characters. It says in the author's note at the end of the book, it took him seven years to complete the project. You can tell, as he was meticulous in his crafting of every nuance within the novel. Well done Mr Harris! I take my hat off to you sir!

This is an amazing piece of science fiction with great characters, amazing but believable technology, great plot lines, exciting military action and a nice touch of romance.
I can thoroughly recommend this book.

An enjoyable story of a distant future in which man has reached the stars - and then fallen. The tale centers on a young man and his growth into adulthood and acceptance of his role in his society. The technology is well done - no magic - and the construction of the society is great - and frightening!