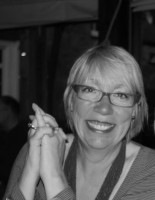 This interview has been viewed 274 times.

Where did you grow up, and how did this influence your writing?
I was born in Liverpool but left when I was only five. After that it seemed we moved house on an annual basis until I was 14 - due to my father's job. I think that is why I write about people being displaced - having to travel great distances and adapt to new circumstances. I spent my childhood always being the new girl and just as I'd formed close bonds I'd have to say goodbye and move on. I hated that, but it probably toughened me up and opened me up to new experiences.
Describe your desk
Most of the time it's a horrible clutter - papers, pens, books, notebooks, receipts, stamps, hand cream, post awaiting my attention. Most of the space is devoted to my iMac and keyboard - and I often have to sweep papers off onto the big flat filing cabinet that is my floor. Every now and then my cleaner manages to force entry to my studio and does a tidy up!
What is the greatest joy of writing for you?
Being read!
Telling stories. Making characters real. Finding the best way to express things. Bringing places to life on the page. Getting people to inhabit the world of my characters
I'm also an obsessive self-editor - never happy - so it's hard to let go of a book and let it fly from the nest.
When did you first start writing?
As soon as I could hold a pencil
What's the story behind your latest book?
Kurinji Flowers starts in 1936, the year King Edward VIII abdicated. It is a time when the world was on the cusp of war - not so long after the end of the previous war and the depression.
My main character, Ginny Dunbar is only 18 and a reluctant debutante whose rather pushy mother is determined to marry her off well. Unfortunately Ginny has been under the spell of a Svengali-like character since her father's death when she was 14. She faces public disgrace when a nude painting of her is displayed in a London gallery without her knowledge. Her presentation at court is cancelled and it looks like her marriage prospects are dashed too, until she meets and marries a handsome tea planter from India.
In India she is alone to cope with the repercussions of her abusive past. Battling her inner demons and the expectations of her husband and interfering mother in law, she is forced to confront her own prejudices about India and its people. The novel is a love story but also the story of young woman’s journey through loss, hope and betrayal to love and self-discovery.
How do you approach cover design?
Start with a clear brief but leave the actual design to the professionals.
I use a fabulous designer, Jane Dixon Smith - she works very collaboratively so I feel very involved and she gives me options - but I always respect her judgment from a design perspective. I also seek input from others on the initial design options.
I think it's very important that cover design is consistent and helps readers recognise that it is one of my books. It's also important that it fits with the genre and appeals to the target market.
Nothing worse than a home-made cover!
What motivated you to become an indie author?
I was fortunate enough to gain an agent for my first book, A Greater World, but despite much positive feedback from publishers it was not sold. I had a already achieved a traditionally published non-fiction book and realised that the days of publishers heavily and actively supporting authors are long gone so I decided to go it alone and cut out the middleman.
The great thing about being independent is that success or failure is entirely within my control – depending on whether it’s a good enough book and whether I market it well enough. Maybe I’m a control freak (I am a control freak!) but that’s how I like it.
The other major factor is the decline in general of the fortunes of the traditional publishing industry - which was caught sleeping when the industry was disrupted.
I worried at first about the fact that there are a lot of poor quality independently published books - but then I don't believe these will be around for long. I am a member of the Alliance of Independent Authors (ALLi) which is working hard and with much success to build the credibility and reputation of the indie industry.
What are you working on next?
I have been mulling the idea of my next novel in my head for some time. I have done some outline plotting and building the characters but I haven't started writing yet. I'm not yet happy that I have the ending right and I won't start until I know where I want to end up.
What do your fans mean to you?
I love them. I want more of them! I love to hear from them.
Who are your favorite authors?
I have very catholic tastes - I did a degree in English so have read a lot over the years.
I love Dickens - great story telling; lots of Indian writers - Rohinton Mistry, Salman Rushdie, Arundhati Roy, Aravind Adiga; women novelists - Jane Austen, the Brontes, George Eliot; Americans - Philip Roth, Joyce Carol Oates, John Updike, Donna Tart, Edith Wharton, Cormac McCarthy, Annie Proulx, Tom Wolfe.
I'm in a book group so I read a lot of fiction that I wouldn't have otherwise chosen - not always happily! - but I've discovered some great books that way.
My family used to joke that I read the Cornflakes packet if I didn't have a book to hand - but nowadays I spend so much time writing and getting sucked into stuff on the web that I don't read half as much as I'd like.
Published 2014-09-05.
Smashwords Interviews are created by the profiled author, publisher or reader. 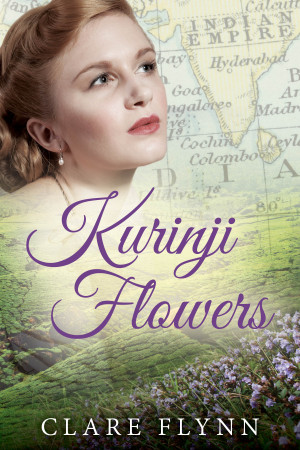 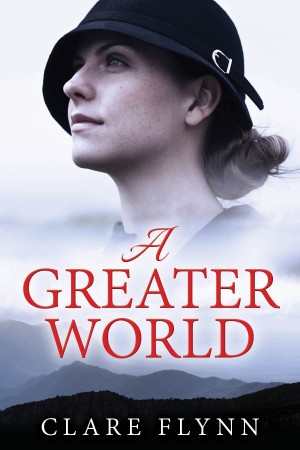 She's from a privileged background. He's a miner. They are both fleeing England and everything they hold dear. The Blue Mountains, Australia, 1920. A compelling love story and a great adventure.