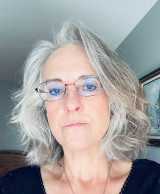 Published 2017-07-14.
What's the story behind your latest book?
Drawing on the Past is the third book in the Perri Seamore series. Perri is a travel RN, so she works in various locations. In this book, her hospital contract is abruptly ended and she takes a last minute, fill-in job as a home health nurse in Southern Illinois. Her family originally hailed from that area, but before she can get started on her own genealogical research, she winds up in a snarl of a mystery surrounding a historic house and the double murder of its owners.
Describe your desk
I futilely try to keep my work area mostly uncluttered, but that never works out for me. It is a mixture of notes, coffee cups, pens/pencils, dictionaries, assorted paperwork, genealogy newsletters, an incense burner, multitudinous scraps of paper with vitally important (to me) information on them, and various CD cases, depending on what I'm listening to at the time.
When you're not writing, how do you spend your time?
I have a lot of interests. In the summer I spend time in the garden: a few tomatoes and peppers with some flowers and herbs. I love to knit, even in summer, so I knit or crochet all year round. Reading, of course. I took up running in August of 2015, so I'm still working on improving at that; I'm pretty sure I still run a lot like Phoebe Buffay and that may never change.
Where did you grow up, and how did this influence your writing?
I grew up in Evansville, Indiana, the very southwestern tip of the state bordering with Kentucky and Illinois. I like looking at maps and exploring roads and little-driven lanes. I have spent gobs of time driving the back roads of the Midwest and walking to and from old cemeteries to look for stones. It is the area I am most familiar with and enjoy including the Midwest in my writing.
What are you working on next?
As of May, 2016, I am writing the second book in the Perri Seamore series. This book takes place mainly in Virginia where Perri is involved in the world of Civil War Re-enactment and those who devote their time to it.
Who are your favorite authors?
I have always loved Agatha Christie and she will remain my 'favorite' favorite forever. I include P.D. James, Jane Austen, Dorothy Sayers, Alison Weir, David Starkey, and Candace Robb among my favorites, of which there are many.
What do you read for pleasure?
I mix and match my reading material. I alternate between mystery, nonfiction history, travel, biographies, and general fiction. There are so many great books to read in a vast array of subjects; I try to read as many as I can.
What is the greatest joy of writing for you?
The enjoyment of using words, forming and reforming sentences to express an idea is what I find so much satisfaction in doing. I've always loved words and the different methods writers have of putting theirs together. Words can convey more than their definitions in the way they are combined. For me, there is much pleasure in finding ways to express an idea, a sensation, or an atmosphere through words. The best part is when someone who reads those words tells me they could almost feel the sun and wind as described, or they could hear a particular character speaking in their head while they were reading.
What is your e-reading device of choice?
I use both a Kindle and a Nook. In the last year, my usage of my Kindle has greatly increased. At least for me, that increase is based on the fact that my Nook Color is an older version and has some limitations.
What motivated you to become an indie author?
I've always thought about writing a book. As a child, and even as an adult, the idea of writing a book, a real book that people would read, was an amazing aspiration I thought might be out of my realm of possibility. With the advent of e-publishing and the popularity of e-readers, I found a plethora of great books being self-published by indie authors. I took inspiration from their efforts and decided to go ahead with what I thought might just be a dream.
How do you discover the ebooks you read?
I initially started reading e-books through borrowing from the library. I have purchased many directly from vendor sites, but most of the e-books I have read I found through various online sites which feature e-books, such as Smashwords or Bookbub. I still find e-books in other places, but I do like the ability to see a new selection of available books each day based on my interests.
Smashwords Interviews are created by the profiled author or publisher. 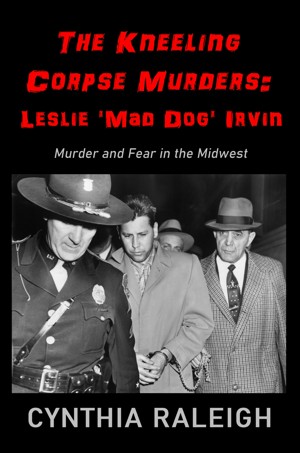 The Kneeling Corpse Murders: Leslie 'Mad Dog' Irvin by Cynthia Raleigh
Price: $6.49 USD. Words: 85,520. Language: English. Published: January 6, 2021. Categories: Nonfiction » True Crime » Murder » Serial killers, Nonfiction » True Crime » Murder » General
In the mid-1950s, six chilling murders tightened the grip of fear on the residents of southwest Indiana and northwest Kentucky. With no leads, no suspects, and virtually no clues to point to one, police were stymied in their attempts to identify the murderer. A chance encounter would bring the break they needed. 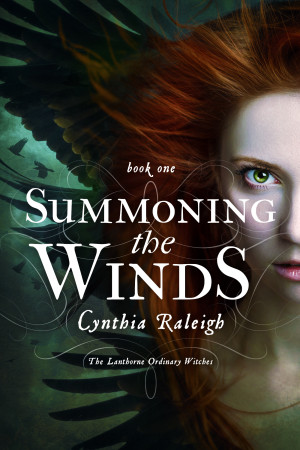 Summoning the Winds: The Lanthorne Ordinary Witches by Cynthia Raleigh
Price: $4.99 USD. Words: 115,150. Language: English. Published: July 19, 2019. Categories: Fiction » Historical » Colonial America, Fiction » Thriller & suspense » Supernatural
In 1660, the small Connecticut village of Milthorpe finds itself in the throes of a witch scare. Defending an elderly woman who is accused, Yarrow Pickering, the village herbal woman and proprietor of the Lanthorne Ordinary, is ensnared in the witch hunt. Neither the elders nor the village are prepared for what happens when one of the accused truly is a witch. 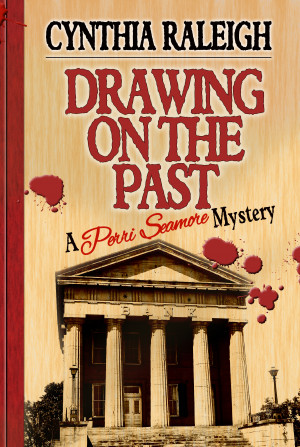 Drawing on the Past by Cynthia Raleigh
Series: Perri Seamore, Book 3. Price: $3.99 USD. Words: 129,250. Language: English. Published: July 14, 2017. Categories: Fiction » Mystery & detective » General
Perri Seamore accepts a spur-of-the-moment position filling in for a home health nurse. Soon after starting the job, she finds there is much more going on in southern Illinois than she anticipated. Perri entangles herself in a centuries-old mystery surrounding a historic house in a nearly abandoned town, persistent rumors of hidden riches, and the double murder of the home’s owners. 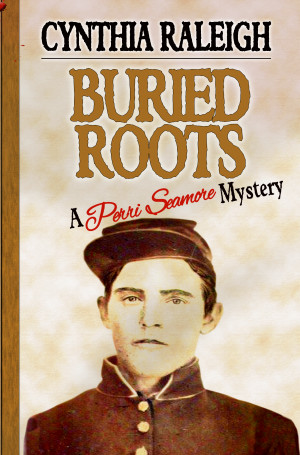 Buried Roots by Cynthia Raleigh
Series: Perri Seamore, Book 2. Price: $2.99 USD. Words: 87,370. Language: English. Published: August 19, 2016. Categories: Fiction » Mystery & detective » Women Sleuths
Perri Seamore visits Virginia for a break between assignments. She plans to catch up on her genealogy research, relax, as well as attend a Civil War Reenactment in which her friend's husband is participating. The event begins as planned, but the tone alters dramatically when a murder overshadows the activities. Perri works with Archer Vaughn, a local Virginia State Trooper, to solve the mystery. 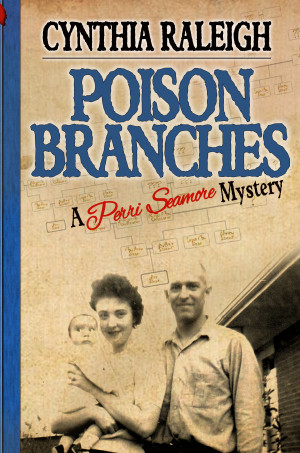 Poison Branches by Cynthia Raleigh
Series: Perri Seamore, Book 1. Price: $2.99 USD. Words: 70,100. Language: English. Published: May 12, 2016. Categories: Fiction » Mystery & detective » Amateur sleuth
Perri Seamore takes a road trip to Kentucky combining genealogy research and a cemetery crawl with a girls' weekend away. When the details of a murder in a local cemetery begin to unfold, Perri finds herself helping the local detective uncover the motive and identity of the killer. A killer who won't stop at one murder.