Published 2014-04-28.
What is your e-reading device of choice?
I use a Kindle Fire. I've never used any of the others so I can't really compare. With the Fire I get a great view of covers.
Describe your desk
My desk, hmmm, in a word, messy. I start out neat and organized, but a day or two into the week and it's messy again. I work much better when it is neat and organized. Unfortunately, I seem to have an issue keeping it that way.
Where did you grow up, and how did this influence your writing?
I grew up in central (sometimes called upstate) New York. I'm the youngest of five children and that probably influenced my writing more than where I grew up. Rather than fight for attention I escaped to my own world (my story or someone else's).
What is the greatest joy of writing for you?
The greatest joy of the 'action' of writing is watching my characters come alive. Quite often they take off in different directions than I had planned for them.

The greatest joy of the publishing of my writing has been having people enjoy my stories. I love sharing them with others.
What do your fans mean to you?
Everything! Without fans, I wouldn't have any sales. Without sales, I wouldn't know if anyone was reading my stories and enjoying them. For others to enjoy my work is a huge thrill.
What are you working on next?
The book I'm working on is the next in the Masters Men series - though a step away a little. It is the first book about one of their sisters (the elements), Blaze. I'm having a blast researching for this book. You might think that is normal, but to me, research should be considered a 4-letter word :) This time it is so much fun I'm having a hard time getting to the point of putting the story on the page. It should be out this summer.
What is your writing process?
I don't really consider this a process, but here goes. 1) An idea pops in my head from various inspirations, i.e. TV, friends, family, driving down the road, and so on and so on. 2) A character starts running with the idea. Sometimes it's the heroine first, and sometimes it's the hero. 3) That character finds another one and brings them into the mix. 4) The characters run around in my head for days/weeks/months (it depends on if I'm in the middle of another book; which I usually am). 5) The characters won't let me sleep so I start typing a scene or two. The next thing I know I'm 100 pages in and can't get enough until I type The End.
What do you read for pleasure?
Romantic Suspense; Futuristic/Time Travel/Fantasy; Action Suspense.
When did you first start writing?
Whenever I have time to fit it in right now. I'm retiring from the day job soon, so then it will be a more regular schedule that will probably start around 6am.
What motivated you to become an indie author?
To be honest, I got tired of waiting for a traditional publisher to make an offer. I saw many books bought that I didn't agree with and regretted spending money on. Then I saw many books by Indie authors that I really enjoyed! My critique partner and I decided at the exact same time to go Indie and haven't regretted a moment.
How has Smashwords contributed to your success?
Smashwords was my first attempt to publish. It was amazingly easy and uplifting. If you can follow the directions from the FREE Smashwords Guide, you can do it. Mark Coker is very supportive. I actually met him at a conference. After talking to him at workshops and dinners, I got the sense that his biggest thrill is helping authors achieve their dream. That says a lot about his company.
Smashwords Interviews are created by the profiled author or publisher. 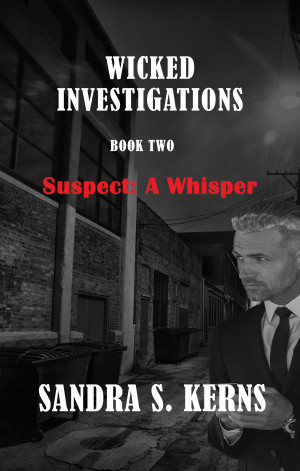 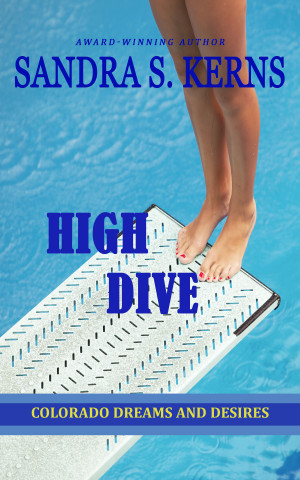 High Dive by Sandra S. Kerns
Series: Colorado Dreams and Desires. Price: $4.99 USD. Words: 82,540. Language: English. Published: December 23, 2019. Categories: Fiction » Romance » Suspense, Fiction » Romance » Contemporary
Bobbie is rebuilding a life that was shattered. Michael prefers anonymity to the popularity, especially with females, his past provides. Then he meets Dr. Roberta Jamison and finds himself attracted, but she's only interested in friendship. When he learns someone is harassing her, his protective instincts kick in. Bobbie tries to protect him from her past, but sometimes the past is too strong... 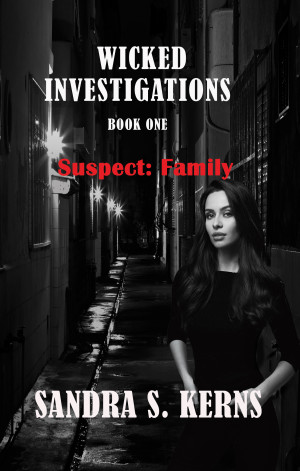 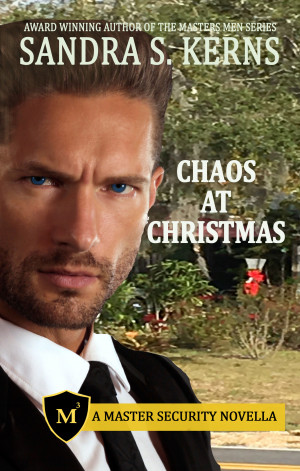 Chaos at Christmas by Sandra S. Kerns
Series: Master Security. Price: $1.99 USD. Words: 32,030. Language: English. Published: December 27, 2018. Categories: Fiction » Holiday » Christmas, Fiction » Romance » Suspense
One man. One woman. A child abducted. Martin's plan to propose on his Christmas trip to Florida goes up in smoke when Shannon's daughter is abducted. She's devastated. Can Martin convince Shannon he would give every penny he has for Clara's safety? Or will Shannon go off half-cocked to deal with her psycho-ex alone? Buy Chaos at Christmas today and get your answers. 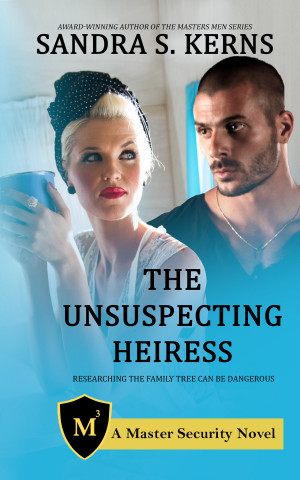 The Unsuspecting Heiress by Sandra S. Kerns
Series: Master Security. Price: $3.99 USD. Words: 89,300. Language: English. Published: October 23, 2018. Categories: Fiction » Romance » Suspense, Fiction » Romance » Contemporary
Two lost souls. Bess, a young woman with a style of her own, alone in the world after the death of her parents, searches for answers to a past kept hidden from her. Ryder, needing a purpose while adjusting to injuries received in the Army, returns to the hometown he couldn’t wait to leave. Will each find what they seek or will danger from the past put both their lives in danger? Preorder today! 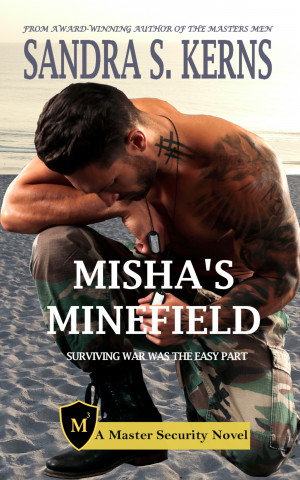 Misha's Minefield - Surviving War Was The Easy Part by Sandra S. Kerns
Series: Master Security. Price: $3.99 USD. Words: 80,700. Language: English. Published: August 30, 2017. Categories: Fiction » Romance » Suspense, Fiction » Romance » Contemporary
Acclimating to civilian life was okay until…His past smiled at him…And his present exploded! Blindsided by his past in the form of Jasmine Beckett, Misha's self-control sails away. Maybe living not just surviving is possible. When a string of burglaries hits close to home and her roommate threatens her, he accepts trouble has found him again. Can he save her when he's failed others in the past? 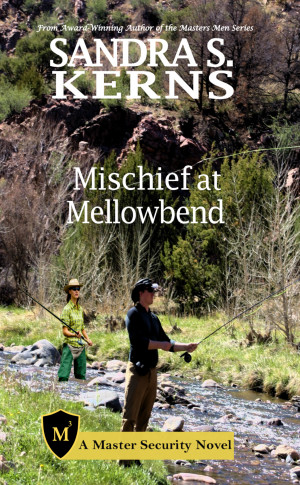 Mischief at Mellowbend by Sandra S. Kerns
Series: Master Security. Price: $3.99 USD. Words: 82,960. Language: English. Published: August 11, 2017. Categories: Fiction » Romance » Suspense
His solitude disappears. Her determination is challenged. Their lines get crossed. Poe is living his dream until ominous problems threaten his new life. Brynn relishes the challenge of breaking through his emotional fortress. As sparks fly between the two, more trouble comes to Mellowbend. Will sparks be enough to unite them? Buy it today and cast your line to catch a great read. 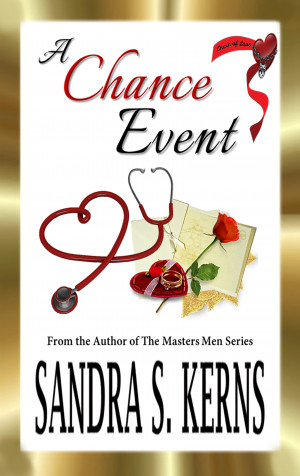 A Chance Event by Sandra S. Kerns
Price: $2.99 USD. Words: 41,220. Language: English. Published: April 10, 2017. Categories: Fiction » Romance » Contemporary, Fiction » Romance » Suspense
In the middle of a winter storm, Charlene Caldwell, is mugged and knocked unconscious while leaving work one night in the middle of her busiest season. Dr. Martin DelaHardt, late to meet his detective sister for coffee, watches over the victim while his sister chases the perpetrator. Buy A Chance Event now and be the first to see the romantic possibilities. 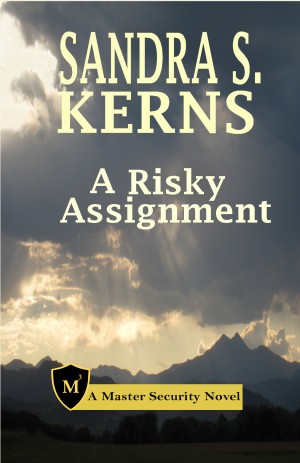 A Risky Assignment by Sandra S. Kerns
Series: Master Security. Price: $3.99 USD. Words: 78,040. Language: English. Published: August 30, 2016. Categories: Fiction » Romance » Suspense, Fiction » Romance » Contemporary
Burke is getting his life back together in Colorado after returning from the military. Stella is living her dream. Tres Masters brings them together when Stella's dinner club is vandalized. Burke's not happy to be responsible for her, but it's her happy attitude that just might kill him. Stella's determined to show Burke life has more ups than downs. He's doubtful when vandalism turns to threats. 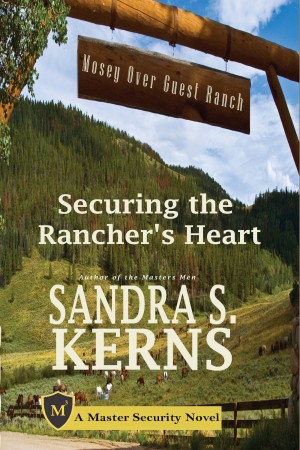 Securing the Rancher's Heart by Sandra S. Kerns
Series: Master Security. Price: $3.99 USD. Words: 73,630. Language: English. Published: June 21, 2016. Categories: Fiction » Romance » Contemporary, Fiction » Romance » Western
Marley decides to install security after someone tries to break-in and she shoots at them. With her season opening barbecue less than two months away she needs to act fast. When she enters the office of Master Security she comes face to face with the man who unknowingly stole her heart in high school. Guns aren't the only thing shooting sparks as the two work toward securing her guest ranch.
View their profile to see all of their books