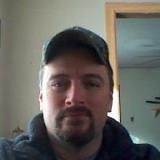 Published 2013-12-11.
What inspires you to get out of bed each day?
I am inspired by the mere shining of the sun, it is a true miracle to live, and to see all of the beauty that the Lord has put before our eyes. I love to smell the trees, and feel the sun upon my face, and I look forward each day to sitting down with my pen and paper and jotting down all of the ideas that run through my mind.
When you're not writing, how do you spend your time?
I love spending time with my children, and when they are not around, I love to work on cars, building 4x4's and I love to go outside and target shoot with my rifles. These are some of my most favorite things to do, and I like to sit and just visit with family and friends.
Do you remember the first story you ever wrote?
I remember the first story I ever wrote, it was many years ago and I told myself that I was going to be a writer one day. As my life went on, my path went a different way and I didn't pursue writing, but now, at this point in my life, I love writing. I write because I enjoy it, and hope one day it will help me to make a living.
What is your writing process?
I must honestly say, that the process I use is that I get an idea. Then I pull out the pen and paper and begin to get it down in ink. Then I toss the idea around in my head, find the story I want to tell, then I write most of the story down in my notebook. Then when I am happy with what I have, I begin writing it on the computer, changing what I need too, and filling in where it's needed.
How do you approach cover design?
I try to keep the covers simple and more on the plain side. I guess I am different from everyone else that wants to go fancy, but I believe that the simple covers catch more attention, and doesn't get lose amongst all of the others.
What do you read for pleasure?
I like to read true stories, true stories of hunting experiences, and true stories of war, and stories of crime.
What is your e-reading device of choice?
I really like the Kindle fire.
What book marketing techniques have been most effective for you?
Some can work sometimes, some others work other times, I really believe that word of mouth is the best marketing tool.
Describe your desk
My desk? Well, I sit in my rocking chair, my pen and notebook is on the table next to me, and when writing on the computer, I am in my rocking chair with my laptop.
Where did you grow up, and how did this influence your writing?
I grew up in a small town in central Illinois, I had three brothers, and my mother and my father were great parents. I was a typical small town kid, and I guess you can say that it influenced my writing the most by letting me write about many things, and not just on one subject or genre.
What's the story behind your latest book?
The story behind my latest book, is about a writer, who was in a rut in his life and wanted to find a place where his life would make sense to him. He decided that a change of scenery would do him good, so he moved to a country home. But what he didn't know was that he was to become something that walked between the living and the dead. He eventually became a creature that used to be in folklore, and that this creature had a connection to the woman that he was going to meet and fall in love with as he figures out his place in this world.
Smashwords Interviews are created by the profiled author or publisher. 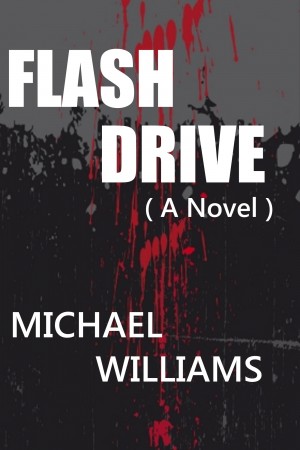 Flash Drive by Michael Williams
Price: $2.99 USD. Words: 84,750. Language: English. Published: December 9, 2014. Categories: Fiction » Adventure » Action, Fiction » Thriller & suspense » Crime thriller
Megan, an investigative reporter, uncovers City Hall corruption, and the City's ties to the Mafia, while she was trying to save a homeless shelter. While investigating the corruption, she finds herself running from the Mafia, and trying to stop them from getting the flash drive that has proof of the Mafia's connection to the City. 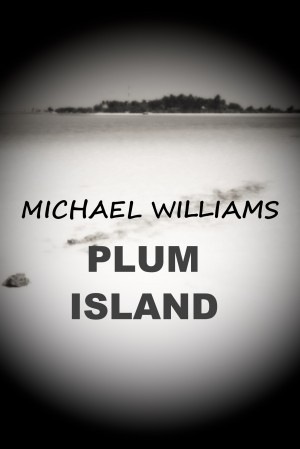 Plum Island by Michael Williams
Price: $2.99 USD. Words: 50,540. Language: English. Published: September 30, 2014. Categories: Fiction » Science fiction » General, Fiction » Thriller & suspense » General
Plum Island is a well known animal research facility, but what kinds of research they do is a matter of debate. When a group of scientists and conspiracy theorists began to disappear. Jacob Williams is hired to find them and discover the horrible truth about the island. Jacob finds himself trying to save the human race from a fate that was only seen in Hollywood, until now. 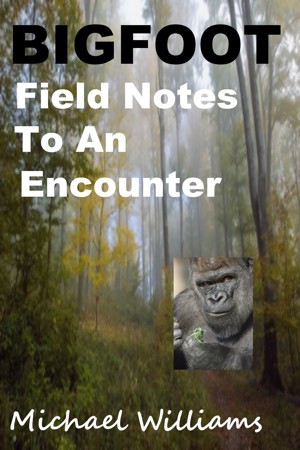 Bigfoot Field Notes To an Encounter by Michael Williams
Price: $2.99 USD. Words: 22,390. Language: English. Published: January 2, 2014. Categories: Fiction » Science fiction » General, Fiction » Thriller & suspense » Action & suspense
In 2013, Chris Tucker walked off into the woods of the Pacific Northwest to find proof of Bigfoot. After he failed to return the local Sheriff conducted a search of the woods for him. Chris was never found, but they did find his tent and his daily journal that he kept while in the woods. The Sheriff reads the journal and discovers hidden secrets about the woods, and why Chris may have disappeared. 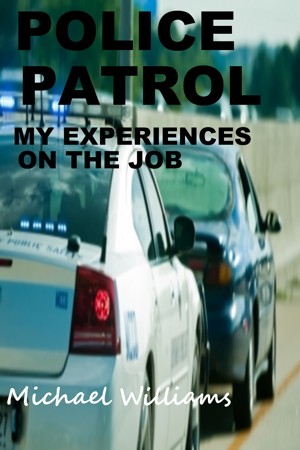 Police Patrol, My Experiences on the Job by Michael Williams
Price: $2.99 USD. Words: 19,010. Language: English. Published: December 13, 2013. Categories: Nonfiction » Biography » Autobiographies & Memoirs, Nonfiction » General reference » Curiosities & wonders
Police Patrol, My Experiences on the Job, is a book about what I had to do to get hired by a police department. I tell some of my experiences as I worked the streets as a police patrolman. 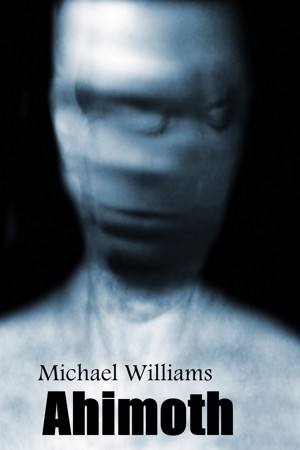 Ahimoth by Michael Williams
Price: $2.99 USD. Words: 52,980. Language: English. Published: December 11, 2013. Categories: Fiction » Thriller & suspense » Action & suspense, Fiction » Adventure » Men’s adventure
Ahimoth, Is a story about Jason, a single writer that was lost in his life, and was still looking for a place that he could fit in and find the happiness that he was so good at writing about. When he was lead to the perfect country home, he found a new life, but it was a life of the undead, where he lived between the physical world and the spiritual world. He discovers that he is the Abaddon. 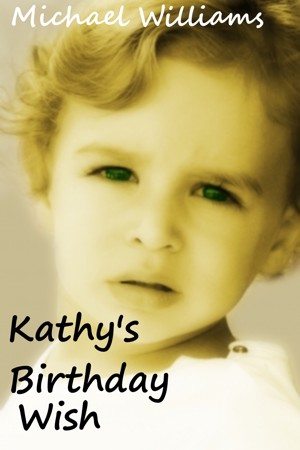 Kathy's Birthday Wish by Michael Williams
Price: $2.99 USD. Words: 18,800. Language: English. Published: November 16, 2013. Categories: Fiction » Inspirational, Fiction » Young adult or teen » Family
Kathy is a ten year old girl that is looking forward to her upcoming birthday party. She is a normal girl, but this year not only will she be celebrating her eleventh birthday, she will be giving someone one of the greatest gifts that could ever be given to someone. 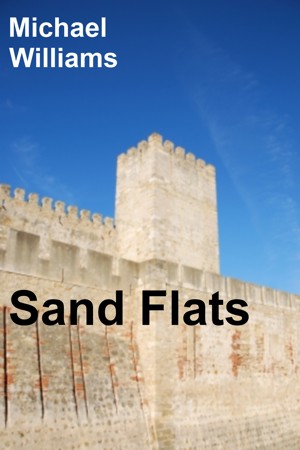 Sand Flats by Michael Williams
Price: $2.99 USD. Words: 51,570. Language: English. Published: September 30, 2013. Categories: Fiction » Adventure » Men’s adventure, Fiction » Thriller & suspense » Action & suspense
Sand Flats, is a book about five people that went underground when the world experienced a nuclear war. The entire globe was destroyed and a year after the last bomb exploded they came out of the ashes to a new reality. These five individuals had to find their way in the world to try to find Sand Flats, their only hope for a new beginning. 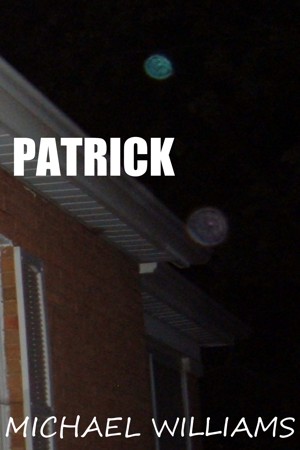 Patrick by Michael Williams
Price: $2.99 USD. Words: 25,480. Language: English. Published: September 26, 2013. Categories: Fiction » Horror » Ghost, Fiction » Thriller & suspense » Crime thriller
Patrick, is a book about a nine year old boy who meets his demise through the hands of his abusive father. He then comes back to fulfill the promise he made to his mother and bring to his father what he has dealt out to others. After the events of their family unfolds, another family moves into the country house, and Patrick makes friends with the boy, and again has to fulfill his promises. 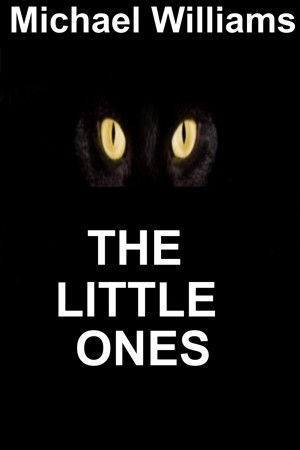 The Little Ones by Michael Williams
Price: $2.99 USD. Words: 15,160. Language: English. Published: April 25, 2013. Categories: Fiction » Horror » Undead, Fiction » Thriller & suspense » General
The Little Ones, by Author Michael Williams, set in modern America, is a story about a teenage boy named Tim, who calls upon Hell's gatekeepers, The Little Ones, to come and help him to stop the abuse he lives through at the hands of his father Jeff. 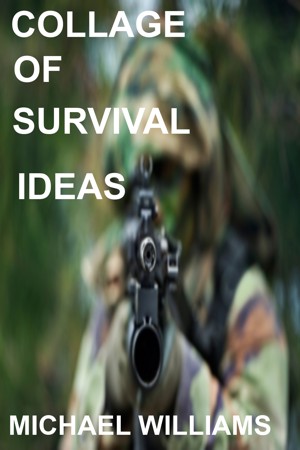 Collage of Survival Ideas by Michael Williams
Price: $2.99 USD. Words: 5,660. Language: English. Published: April 7, 2013. Categories: Nonfiction » Reference » Handbooks & Manuals, Nonfiction » Reference » Personal & Practical Guides
Collage of Survival Ideas, is a book that offers some ideas for survival shelters for those prepping for future catastrophies and world altering events. It will hopefully give some ideas that will give you a starting point or ideas for you to expand upon and some techniques for evading discovery.
View their profile to see all of their books