Published 2015-01-05.
What are you working on next?
Currently I'm working on a fantasy story tentatively titled "Mr. Maybe and Doctor Don't"; it's about a young boy named Henry who strikes out with his father and his father's old adventuring buddies to find out what's happened to his long-lost mother. After that, there's some lurking Arthurian fiction, and then perhaps a return to science fiction--fans have been clamoring for a sequel to Duplicate.
Who are your favorite authors?
As with most writers, a long list, and one that has evolved over time. When I was kid, it was A to Z: Issac Asimov, and then a trip down to see what new stuff Roger Zelazny had published. Then I discovered folks like Theodore Sturgeon and Kate Wilhelm and Ursala Le Guin, Damon Knight and James Tiptree Jr., and a pile of others. In the modern era, I cannot help but be influenced by Gaiman and Stross and Scalzi and ...
Do you remember the first story you ever wrote?
I've been writing stories a long time.

I think the first one that got a positive reaction was in 4th grade, when they handed us each a picture and told us to tell a story about it. In this case it was a knight slaying a dragon made of numbers, or some such--seemed very Phantom Tollbooth to me. So of course I wrote a story about the brave dragon worrying about ravaging knights who would come to call, and defending the real of numbers from his lance. I think my mom still has it...
How do you approach cover design?
I work with a professional cover artist who creates the cover art for my novels. We negotiate a lot--discussing what sort of impact we think the cover should aim for, and talking about styles and themes. Then he makes a beautiful design, and I put on my publisher hat and figure out how to turn that artwork into a cover. (He's also got a publishing background, which means we can use both of our knowledge and experience to create a pleasing and engaging cover.)

The covers are optimized for the print versions, but we try to make sure they hold up well online. Duplicate has a very strong visual presence, which has really helped branding. We Were Gods and End Game are much more subtle online, with the complex detail getting washed away, so we tried to ensure there were solid elements that would look good even on a low-res screen.
Describe your writing desk
My desk is wherever my laptop is. Right now that's a couch, with a book on one side and a wife on the other.

The goal is to make it as easy to write as possible, because otherwise "getting into writing mode" becomes an excuse to avoid writing. A writer once explained that he brought notepads with him everywhere, so he could write while waiting for a train, while in the doctor's office, and so forth--and that's a goal for me.

For the nerds: I primarily write in vim, on a Mac, using Markdown syntax. I used Scrivener for a long while--most of We Were Gods--but it clashes poorly with git, which I use for version control. Also, when it came time to make the print copy, there was a lot of effort to convert things over to a format I was happy with.
Where did you grow up, and how did this influence your writing?
I grew up in a largely white, Jewish, suburban, and very rich neighborhood on the edge of New York City. It really took until college to meet a cross-section of people. The culture clash when that happened still comes out in some of my stories; it's still being internalized. See if you can spot it...and please drop me a line if you catch me falling into stereotypes as a result.
What's the story behind your latest book?
"We Were Gods" fell out of my fingers as a result of a quite detailed dream, in six acts. I didn't use all of the dream, of course, just bits and pieces, but that's where the basic idea came from. There was another story I was writing, an homage to the cyperpunk I grew up on, and I quickly realized the two were the same story.

It is unusual for me to have such a pat answer to this question, but for the current book, it works...
What motivated you to become an indie author?
Two parts.

First, I have a perfectionist streak and feel a lot of frustration with the traditional-publishing model. At cons and online, I heard about traditionally-published writers and their frustrations over lack of control over cover art, interior design, publication schedule--all things that I'd like to have input on.

Over time I have coincidentally picked up a lot of the skills necessary for producing quality books--I've done stints in publishing, graphic art, page and product design, marketing, and a bunch of related areas. So I figured I would prefer to screw those up myself for free, than split my hard-earned dollar with someone else. I knew I'd have a hard time being happy with the result if I didn't have creative control over most of the aspects of the finished product. Now, I can print a book that comes out pretty darn close to the imagined version in my head.

Second, writing is primarily a hobby for me, and pursuing the big-house publishing route would quickly turn it into a work-for-hire career; that would mean I'm on someone else's timetable and beholden to their business model. I'd prefer to occasionally turn out high-quality books, rather than be pulling out my hair trying to churn out work on a strict deadline.
What is your e-reading device of choice?
My phone, oddly. If I'm with my laptop, I'm generally doing something else--reading ebooks tends to happen when I'm stuck somewhere and forgot a physical book or my laptop. So, phone at 5 am, or on a train, or at lunch.
What do your fans mean to you?
Fans mean I write more words, and I mean that in the deepest, most positive sense: I write stuff because people enjoy reading stuff. Otherwise I'd probably not bother. So--if you enjoy reading what someone writes, for goodness' sake let them know. It doesn't have to be anything clever; a simple "I enjoy your work" can be really powerful.
Smashwords Interviews are created by the profiled author or publisher. 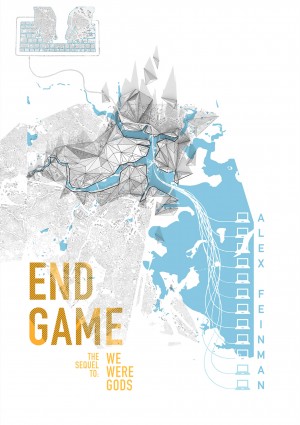 End Game by Alex Feinman
Series: We Were Gods, Book 2. Price: $7.99 USD. Words: 94,130. Language: English. Published: October 2, 2014. Categories: Fiction » Science fiction » Cyberpunk, Fiction » Thriller & suspense » Action & suspense
Luke and Toni return in volume II of "We Were Gods". After thwarting Luke's old boss, Rob, the pair are left to recover from the violence visited upon them. But with Rob still controlling implanted players, Luke and Toni must strike back. They have an uphill battle, however, as government agencies get involved on both sides. 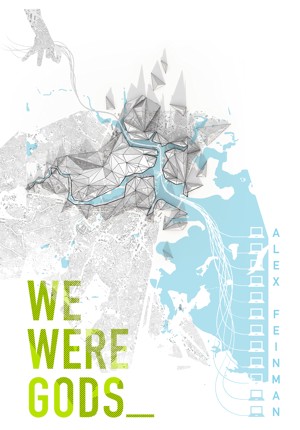 Don Lucas Ferez, captain of the Border Guard, is tasked with keeping the ancient evils out of the peaceful South. When the old gods reappear he is first to sound the alarm. But in the real world, Luke Green is at his wit's end: the creators of his world-spanning Game are back again and up to no good. Luke must confront this collision between in-Game politics and real-world criminal activity. 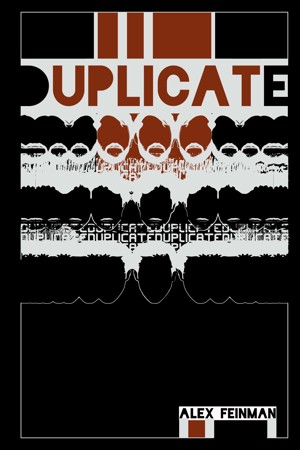 What do you do when your ship is about to hit an asteroid? Why, you jump in your Corp-provided Duplipod, of course. It's foolproof. It records your brain patterns, then kills you. The Duplipod will grow you a new body when it's safe; you will awake refreshed and renewed. Sometimes, it doesn't work quite right. Duplicate: would you die to save your own life?