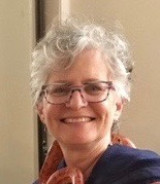 Published 2019-03-14.
When did you first start writing?
I first started writing when I learned how to spell. Maybe before I learned how to spell.
What is the greatest joy of writing for you?
I think I'm like other authors in getting a sense of grandiosity from creating people, their world, and their history. Hopefully, it's a healthy sort of grandiosity. But as a writer, one definitely feels like a god.
What is the story behind your book, Chasing the Devil?
I wanted to write a story about a group of male friends who had strong bonds. Personally, I find men who are able to forge strong bonds with other men are compelling. The bonds are not the same as those among women, and that's what makes it interesting. So much about men is under the surface.
What are you working on next?
Next is Beau's story. He hasn't been able to forgive his parents for not believing in him when he was accused of attacking his high school teacher. He has a lot of pride, but even more pain. Pain is good. That is, for the writer.
Do you remember the first story you ever wrote?
The first story I wrote was an assignment for first grade, and I remember my mother - who was quite busy with five children - typing at my dictation on a mechanical typewriter. (Yes, that's how old I am!) I drew pictures, which were then glued, together with the cut-out, typed sentences, onto pieces of cardboard. The cardboard was bound by string. I was very proud of that story, about a lion and a jackal learning how to get along. I must have seen a nature documentary about how the lion and jackal actually steal food from one another. Even then, I wanted to portray characters at odds learning they belonged in a relationship!
What is your writing process?
I'm a plotter. No pantsing!
What is your e-reading device of choice?
Kindle Fire
Describe your desk
Very messy. 'nuff said.
Where did you grow up, and how did this influence your writing?
I grew up in a middle-class suburb. In those days, I could take my bicycle and ride all over town with my friends. I did this when I was as young as nine years old. Our house was the last house on the street, and I spent a lot of time hiking up into the Santa Monica mountains, avoiding rattlesnakes and occasionally coming across deer or coyote. This helped give me an appreciation of nature. I have no idea if that's influenced my writing, but it's certainly influenced my choice of pets.
Smashwords Interviews are created by the profiled author or publisher. 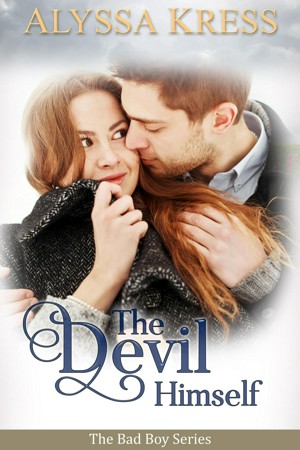 The Devil Himself by Alyssa Kress
Series: Bad Boys. Price: $0.99 USD. Words: 75,960. Language: English. Published: December 26, 2021. Categories: Fiction » Romance » Contemporary
A federal agent who's supposed to be dead hides undercover in a small Midwestern town, where he falls in love with the one woman who could blow his cover. 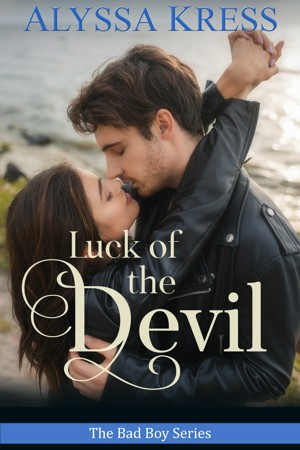 Luck of the Devil by Alyssa Kress
Series: Bad Boys. Price: $0.99 USD. Words: 68,220. Language: English. Published: December 22, 2020. Categories: Fiction » Romance » Contemporary, Fiction » Romance » Action/adventure
Bad luck leaves would-be treasure hunter Harry stranded on an obscure island. His only way to make enough money to get home is by offering to guide shy literature professor Emily to the obscure cave she's researching. They set off on what is supposed to be one-day hike, after which the ill-matched pair will never have to deal with each other again. But when does life go as planned? 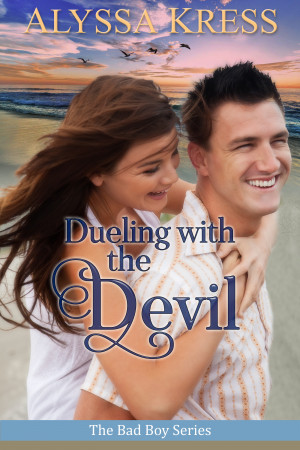 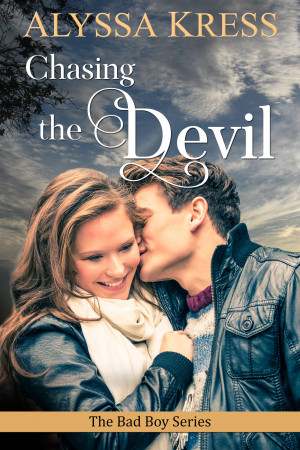 Chasing the Devil by Alyssa Kress
Series: Bad Boys. Price: $0.99 USD. Words: 66,610. Language: English. Published: February 19, 2019. Categories: Fiction » Romance » Contemporary, Fiction » Romance » General
Wealthy Janelle longs to prove she's more than a spoiled brat with a pretty face. But is helping DA Juan find El Diablo, an evil drug lord, the best way to go about it? The handsome prosecutor will never see her as anything but a silly doll. Juan thought eager-to-please Janelle could help him exact his revenge, but instead her joyful warmth threatens to distract him completely from his mission. 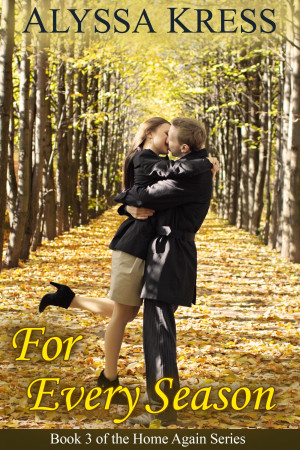 For Every Season (Book 3 of the Home Again Series) by Alyssa Kress
Series: Home Again. Price: $0.99 USD. Words: 58,520. Language: English. Published: August 3, 2017. Categories: Fiction » Romance » Contemporary, Fiction » Romance » General
An expensive matchmaker is supposed to find cold-hearted attorney Alex a woman who does not want to get married. Grieving widow Veronica wants the same matchmaker to find her a purely social companion, no one to fall in love with. Their match should have worked impeccably. But neither of them took into account the power of the past to shape the present or the overwhelming force of human need. 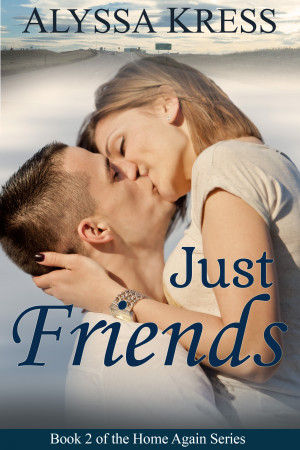 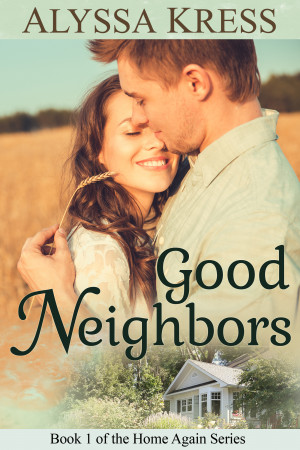 A big city physical trainer must move back to her hometown to care for her teenage younger brother. There she finds unwanted complications in a good-looking neighbor with a troubled history. 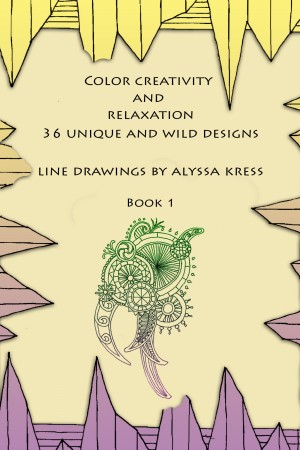 Color Creativity and Relaxation Book 1 by Alyssa Kress
Price: Free! Words: 40. Language: English. Published: April 18, 2016. Categories: Nonfiction » Art, Architecture, Photography » Crafts - General, Nonfiction » Health, wellbeing, & medicine » Mental health
36 "all-natural" hand-drawn patterns and designs for coloring relaxation and creativity.Rid yourself of stress and switch on your right brain as you color.Note that this electronic version of the book is not intended for coloring. You will be directed inside the book to a link that will allow you to download a FREE pdf version. 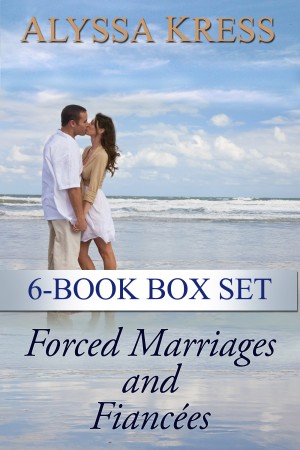 Forced Marriages and Fiancées 6-Book Box Set by Alyssa Kress
Price: $4.99 USD. Words: 530,270. Language: English. Published: April 1, 2016. Categories: Fiction » Romance » Contemporary, Fiction » Romance » Historical » General
GREAT VALUE. Get six Alyssa Kress full-length novels at a great discount. For the price of many single novels, you will get six full-length romance novels. Humorous and emotional, these romantic stories will entertain for many hours. Descriptions and excerpts of each book are placed at the front of the free sample so you can see what you're getting. 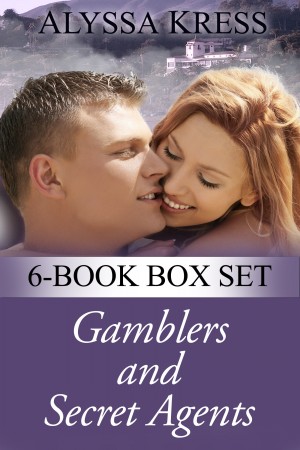 Gamblers and Secret Agents 6-Book Box Set by Alyssa Kress
Price: $4.99 USD. Words: 518,710. Language: English. Published: April 1, 2016. Categories: Fiction » Romance » Contemporary, Fiction » Romance » General
GREAT VALUE. Get six Alyssa Kress full-length novels at a great discount. For the price of many single novels, you will get six full-length romance novels. Humorous and emotional, these romantic stories will entertain for many hours. Descriptions and excerpts of each book are placed at the front of the free sample so you can see what you're getting.
View their profile to see all of their books