Published 2016-02-16.
What motivated you to become an indie author?
I've submitted three novels to BIG publishers. Each time, the response was more positive, but I was never going to get anywhere that route because, according to the third rejection letter, I didn't have a name. This was long before the internet. Now I have a blog racking up about a million hits a year. I decided I have a name, and that name is mine, not some publisher's who wouldn't take a chance on me.
What's the story behind your latest book?
"Heart Strings" was conceived the day I took off work to try to find my runaway adopted son. I discovered his school knew where he was but couldn't tell me unless I filed a police report. I was so shocked and distraught, I went home and began typing. Last year I rewrote the ending, got the book copyrighted and designed the quilt featured on the cover, inspired by a particular fictitious passage in the book. I finished the quilt on January 4, 2016, and decided to release the book on Valentine's Day because it's not a romance.
What is the greatest joy of writing for you?
Writing allows daydreams, nightmares and fantasies trapped inside my soul, inside my heart and inside my head to escape and live a thrilling life of their own. I also keep a daily journal (since December 31, 1999!), and I love the power of being able to go back and re-read things I don't remember in detail or have entirely forgotten.
When did you first start writing?
I began writing before I was old enough to know what that meant. My dad was in a horrible accident when I was four and was bed-ridden and in traction for a couple of months while he recuperated. I would "write" books on paper tablets I created with Big Chief paper and my grandmother's stapler, then jump on the edge of his bed, whether he was ready or not, to read my "books" to him.
Where did you grow up, and how did this influence your writing?
I grew up in Alamogordo, New Mexico, which means Fat Tree, of which there are none still standing. White Sands National Monument was my photographic and hiking stomping grounds, and Dog Canyon, Marble Canyon and La Luz Canyon run a close second. I learned to cherish snowflakes because they hang out in the desert only once about every 23 years or so, and snowflakes taught me to seek out my own truths... because the dunes of White Sands are NOT white!!! I was forced to learn a sense of humor because the Tularosa Basin's drinking water is tinted brown, we had no skating rink until I was about 16, and I had to drive 70 miles one way through a live missile range (which means frequently unannounced one-hour closures) with scattered oryx (known to gore military jeeps when the imported African antelope are in a playful mood) to buy batteries for my camera. I learned to be creative and resourceful and to look for the positive in all situations.
Describe your desk
My desk at work usually is covered with documents, sometimes the errant paper clips, pens and sticky note pads. Surrounding my work desk are Ride the Rockies mementos, posters and photographs from The Wave and Moab, motivational quotes and a little packet of dried lavender. Because. I also have a pink wall quilt with snowflake fabric I designed via Spoonflower. During November and December, I have a tiny pink tree loaded with pink snowflakes designed and crocheted by me and pink Christmas lights. Very girly, indeed!

My desk at home features crocheted snowflakes in various stages of construction, almost every size of crochet hook and knitting needle available, a tiny pair of scissors, a color-changing mouse pad, four external hard drives, three stacks of writeable DVDs, two of my Zazzle calendars and a roadrunner in a yucca tree. (Yes, I'm teasing about the roadrunner and the yucca, but that doesn't mean my imagination stops running wild...)
How has Smashwords contributed to your success?
Smashwords enabled me to publish my first book, "Heels Over Head", which gave me the courage to move forward with "Heart Strings", which is my second favorite of the seven books I've already written. I can't even begin to put into words how exciting it feels to know I have two books out there now, and that I can live the dream I've nurtured since I was four years old.
What are you working on next?
Well, according to the bonus chapter at the end of "Heart Strings", "Back Issues" will be my next book. But first, I have to finish another PDF booklet of snowflake patterns to raise money to benefit the fight against multiple sclerosis, and then I hope to get drawn for and train for the 2016 Ride the Rockies. That will keep me just a little busy...
Who are your favorite authors?
Chris Stewart and Chris Heimerdinger are my favorite authors. But I have three bookshelves full of books. I love to read, and I don't get rid of books once I finish reading them. A few I've read five times or more.
What inspires you to get out of bed each day?
Sunrise!
When you're not writing, how do you spend your time?
I'm always writing, even when I'm on my bike or cross-country skis or aboard public transportation. I'm writing when I'm in my garden, while I'm crocheting, quilting or knitting, when I'm climbing 14ers, when I'm working in Photoshop... If I can't be writing on a computer or on a piece of paper, I'm writing in my head. It never stops. I don't even think it stops when I go to sleep.
Smashwords Interviews are created by the profiled author or publisher. 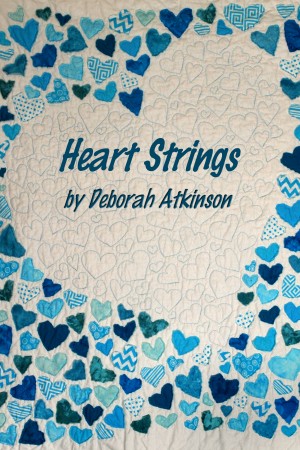 Heart Strings by Deborah Atkinson
Price: $3.99 USD. Words: 137,680. Language: English. Published: February 14, 2016. Categories: Fiction » Christian » Contemporary, Fiction » Adventure » General
Greg and Susan long for a child. Abused and abandoned five-year-old Gene needs a new family. The match of family to child seems perfect, but the past refuses to let go. Find out what it takes to rebuild a broken family and to heal damaged trust. 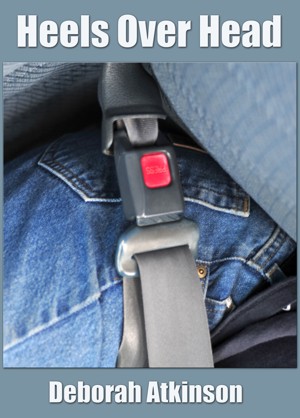