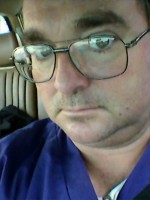 Permit me to introduce myself. My name is Eddie C Dollgener Jr. I am writing to you to introduce you to some of my works as a writer. I hope that you will take the time to read some of the short stories and the novel excerpts to gain insight into the scope of my work in various genres.
I was born and raised in Texas, so almost all of my settings take place in Texas. I began life in the Dallas area, but have recently moved to the “Arklatex” region of Northeast Texas. I am a Christian and a father to one daughter. Occasionally, I taught a Sunday school class and a weekly program to children about missionaries through a program called Royal Ambassadors. I used to teach regularly at a church in Mesquite, TX, but due to the move, a 2-hour drive became difficult to maintain and it was necessary to cut back. I now teach every Sunday and Wednesday at my new church home in East Texas.
Although my ultimate goal in life was to write full-time and be able to go on medical mission trips or disaster relief teams, the reality is that most writers have to work extra jobs to support their dreams. I am not ashamed to say that I work as a nurse aide (some people used to call us orderlies) at a major hospital system in East Texas. I am grateful that God has allowed me to find this sort of work enjoyable because I get to serve and minister to those who need both physical and spiritual healing.
In July, 2014, I suffered a stroke that threatened to circumvent my desires for a meaningful life. Thanks to a wonderful rehab team out of Tyler, I was able to recover most of my functions for daily living, though I still get exhausted on some days. I only have recently been able to take up the habit of writing again, so expect to see some more works in the near future.
My interest in becoming a writer actually started around my twelfth birthday. My mother gave me a book, “Little Men,” by Louisa May Alcott, that became my first inclination that I would want to live adventures through written words. My first efforts at creative writing were poems created between classes in high school. I actually had a decent collection of about fifty, but sadly, they were lost over time from various moves in my younger years. My first publication was a poem entitled “Throw Away Child,” that was published in a national anthology.
About 1987 was when I first began to write full-length novels. At the time, I was a big Stephen King fan and thought that writing horror novels was the way to get into mainstream publishing. I started a novel that eventually split into two novels. “Circle of the Rose” began life as “A Rose for Tommy,” and now is titled “Unholy Cult of the Blood Rose.” The story was about a boy who suffered from abuse and travelled to a dream world in his sleep to escape his tormentors. After writing it out, which is what I try to do with anything I create, it just sounded too cheesy to work for me. I extracted the “real” life work from the “imaginary” one and found that I actually had two viable novels from one.
“Unholy Cult of the Blood Rose” is a horror novel that I wrote to address the issue of child abuse. In a way, it was a therapeutic work of art helping me to deal with the demons in my past childhood. I do not wish to delve any further at the moment, but if you take the time to read the introduction to that novel, you may have a better understanding of what message I was trying, and may still be trying, to convey.
The second novel that split from the original became “Unbinder.” That work of literature is still in progress. It will actually become three separate books as a series and is a fantasy series set in another world with young lovers, old dragons, battling sorcerers, and an evil overlord. The excerpt I have provided here on the cd is the middle book. “Unbinder” became too big to write as one complete novel and a time gap in the events on Traum exists that I could receive no inspiration to fill. The first book will actually be a prequel that builds up to the second book.
My latest foray into modern literature is a drama written out as serialized fiction. “The Long Road Home: Homecoming” represents the latest genre that I am working in and has become the most rewarding for me, both in its creation, and in the publishing aspect.
I think eventually a traditional publisher will discover my gifts and help me reach my ultimate goals in life, but until then, I will continue to self-publish. When I look to all the different people that are claiming to be a writer and taking the indie publishing route, it overwhelms me to some extent. I am like a sardine in a whale factory. I count myself blessed, though, because I am selling a few books each month and I do have a few fans. Feel free to visit one of my websites and leave a comment if you like. I look forward to hearing from you soon.

May God bless you richly in the coming days,
Eddie C Dollgener Jr

How do you approach cover design?
I usually find a style that fits my mood and the context of the book.
What are your five favorite books, and why?
1. "Little Men" by Louisa May Alcott because that was the first full length novel that I read when I was twelve. It was the book that inspired me to be a writer.
2. "Sole Survivor" by Dean Koontz because of intelligence of the writing.
3. "It" by Stephen King because clowns are creepy.
4. "Avalanche" because it was one of the first short novels that I read in grade school that captivated my imagination and pulled my young mind deep into the story. I remember actually being scared for one of the youngsters trapped in the house who suffered a life-threatening infection.
5. "Mr. Pines Mixed Up Signs" was my earliest childhood reader that I can remember and just enjoyed reading.
Read more of this interview.

Would you like to favorite Eddie C Dollgener, Jr?

You have been added to Eddie C Dollgener, Jr's favorite list.