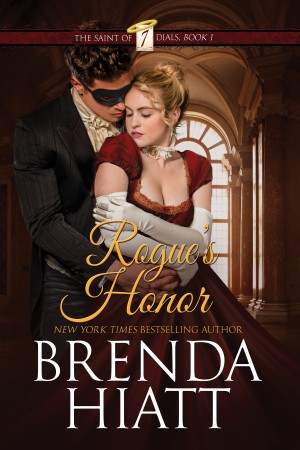 By Brenda Hiatt
For years, all of London has known of the legendary Saint of Seven Dials, that shadowy figure who steals from the rich to give to the poor. To the denizens of London's slums and rookeries, he is worshiped as a hero and savior, while the gentlemen of the ton curse and scowl whenever his name is mentioned. His infamous calling cards are only proof of his impudence, they say, and an embarrassment to master and servant alike when they appear in place of purloined valuables. The ladies of London Society are torn, sympathizing with their fathers and husbands even as they sigh over the mysterious, romantic thief. What sort of man must he be, to take such risks for such a noble cause? they wonder. But though his identity is shrouded in secrecy, his fame continues to spread . . .

The Saint of Seven Dials 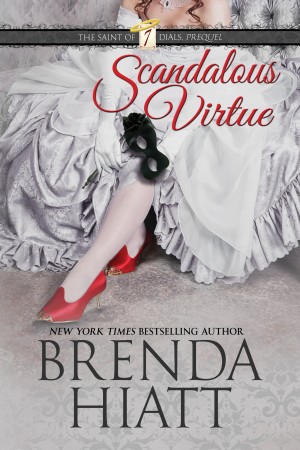 An overprotected widow ready to kick up her heels meets a notorious rake trying to reform. Each sees the other as a shortcut to change--until the sparks fly! A sparkling Regency historical romance.

A lady disguises herself as a maid to avoid a marriage that would snatch away her inheritance, only to be aided in her escape by a seeming servant who is in fact the legendary Regency Robin Hood, the Saint of Seven Dials. Love is the last thing either of them needs just now, but when was love ever wise? 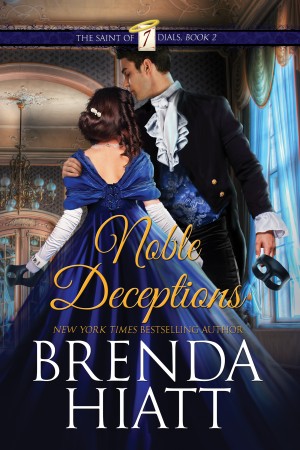 An American heiress and a duke's son (the new Saint of Seven Dials) are forced into a marriage neither wanted, but attempt to make the best of it. But even as passion turns to love, both are hiding secret identities that could lead to arrest if discovered. If they can admit to their growing love and trust each other with the truth, it could lead to a lifetime of happiness—or to disaster. 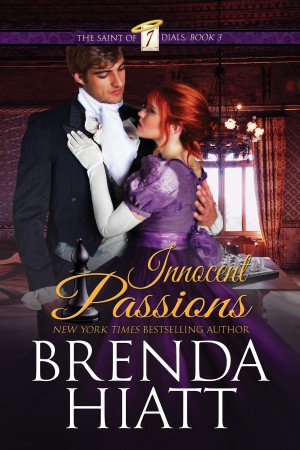 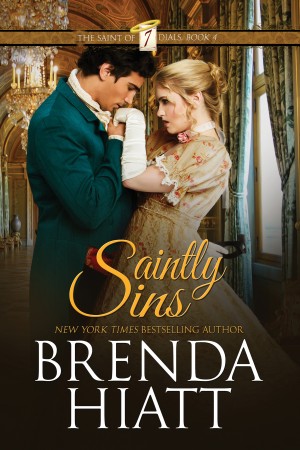 Saintly Sins by Brenda Hiatt
Series: The Saint of Seven Dials, Book 4. Price: $4.99 USD. Words: 99,240. Language: English. Published: November 22, 2011. Categories: Fiction » Romance » Historical » General, Fiction » Romance » Regency
A penniless beauty assumes the identity of the Saint of Seven Dials in order to rescue her young brother from the streets. Lord Peter Northrup is both smitten and intrigued by the lovely Sarah, but when he digs beneath the surface, he learns she has a secret that could ruin them both. But perhaps love is worth the risk... 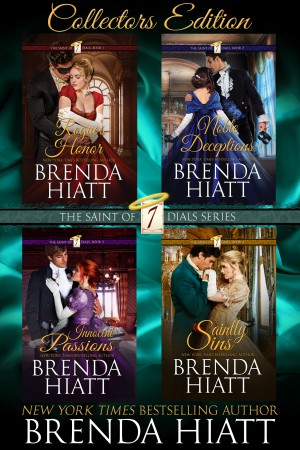 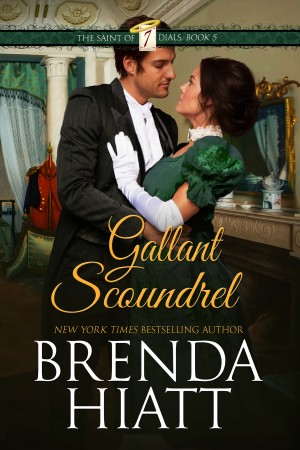 Gallant Scoundrel by Brenda Hiatt
Series: The Saint of Seven Dials. Price: $5.99 USD. Words: 96,460. Language: English. Published: February 29, 2016. Categories: Fiction » Romance » Regency, Fiction » Historical » Regency
What secret in Harry Thatcher’s past changed a celebrated war hero into a dissipated wastrel? Is he already too far along the path to ruin, or can becoming the next Saint of Seven Dials–and the love of the right woman–transform him back into the man he always had the potential to become?