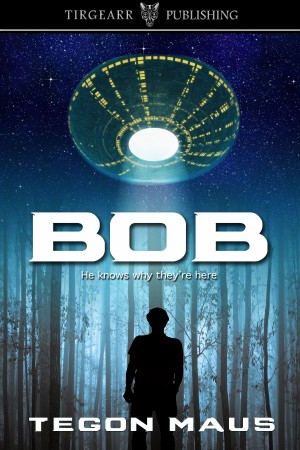 By Tegon Maus
Veteran newspaper man, Peter Anderson’s career is slipping away. When he's sent to do a fluff piece about lights in the Arizona night sky, he discovers far more than he ever expected. His inestigation leaves him with more questions than answers. The only thing he knows for certain, the only thing he can count on are the two words offered repeatedly by Bob, his friend and guide . . . “IS BELT.” More
Strange lights in the night sky. The baffling case of a woman locked in a basement and two words, repeated continuously by his friend and guide…’IS BELT.’

Peter Anderson is a newspaper reporter with a career on the slide. After 27 years he’s all but washed up and overlooked for the best jobs.

Sent to cover what seems like a mundane piece, about a series of strange lights in the night sky over Arizona, Anderson suddenly finds himself embroiled in one of the strangest events of his life.

Suddenly, out of nowhere, the tedious job becomes a puzzling mystery. A mysterious young woman, trapped in a basement, diverts his attention from the job in hand. She is rescued by Anderson then promptly disappears before he can learn any more about her. And there’s still the lights.

As he returns to investigate them he uncovers more questions than answers. And then there is those two words, repeated over and over again…

Reviews of Bob by Tegon Maus