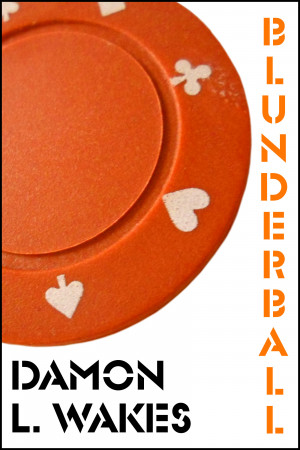 By Damon L. Wakes
Your mission, should you choose to accept it, is to read these 31 very short stories written for Flash Fiction Month 2018. Some follow the adventures of spies and secret agents, more of them don't, and most are very, very silly. This book will not self-destruct, but wouldn't it be cool if it did? KABOOM! POW!

When he isn’t writing, Damon enjoys weaving chainmail and making jewellery. He produces items made of modern metals such as aluminium, niobium and titanium, but constructed using thousand-year-old techniques.

Damon’s other interests are diverse. He has at various times taken up archery, fencing and kayaking, ostensibly as research for books but mostly because it’s something to do.

About the Series: Flash Fiction Month

Have you ever wondered why superheroes wear their underpants over their trousers? Where the Four Horsemen of the Apocalypse go shopping? What crop circles really mean? If so (and even if not) these books may be for you! Written as part of Flash Fiction Month, these books are each made up of 31 stories written one-a-day in July. Every book includes a tongue-in-cheek analysis of the event so that you can follow not only how the stories have varied over the course of the month, but how one author's work has developed over multiple years.

You have subscribed to alerts for Damon L. Wakes.

You have been added to Damon L. Wakes's favorite list.

You can also sign-up to receive email notifications whenever Damon L. Wakes releases a new book.