Published 2014-01-30.
Tell us a little bit about the kinds of books you write?
I create stories that deal with very personal and social issues: Alcoholism, mental illness, adultery, and domestic abuse as well as some other taboo subjects. My women are not weak, and my men are not always strong. You will find that my characters are not perfect - they are far from it, actually, because even heroes have a chink or two in their armor. It's what makes them human, and I find that fascinating.
What age group would you suggest like your books?
Definitely 18 and over. Some of the scenes I write are a little racy, and have been known to have a sprinkling of profanity here and there. So, if you don't mind those things then my books are for you. :)
Your characters sound intriguing. What are some other things you can tell us about them?
I am a pushover for tall, dark, and handsome! When you add six feet or so of that into the mixture, it becomes perfect.
Have you always wanted to write?
ALWAYS! Even when I was five or six, my earliest memories are of me daydreaming up some story in my head. As I grew older, I would act out stories on my Barbie & Ken dolls. I've always liked high drama so my fantasies usually ended up with Barbie and Ken having a huge fight and Ken screeching off in Barbie's convertible.
What inspires you?
Anything and everything. It can be a song on the radio, or an interaction between two strangers on the street. My mind is always plotting. The title of my first book, After All Is Said And Done, came from a verse in the Boz Skaggs song, "Look What You've Done to Me".
After All Is Said And Done has been a big success. Tell us a little bit about it.
This is a story about infidelity, healing & ultimately forgiveness. Most people only see the immediate effects of adultery, but not the long-term ones. I wanted to write a story that shows the devastating ramifications of infidelity in a marriage - specifically a marriage that produces a baby from it.
What are you working on next?
I am currently writing the sequel to "The Monster of Silver Creek". It will pick up about two weeks from where the storyline left off.
Do you remember the first story you ever wrote?
Yes, I do. But I'll never tell you.
How do you approach cover design?
The book cover has to accurately reflect the character in the book. If I'm reading a book about a tall, dark-haired man with scorching brown eyes and the guy on the cover has blonde hair and blue eyes - it just ruins it for me. They have to match. Everyone develops an image in their mind of the character they are reading about, which is why you will not see my character's face, just his build.

I also want my covers to imitate a scene from the book. For "Seasons of Darkness" - there is a part where Everett visits his wife's grave with red roses. I wanted to show that on the cover of the book.
Describe your desk
My desk is in my office/closet in the basement. It is big enough to hold my laptop, a lamp, and a can of Mountain Dew. This is a place where tall, dark, and handsome meets high drama - and it's located just underneath the winter coats. :)
Smashwords Interviews are created by the profiled author or publisher. 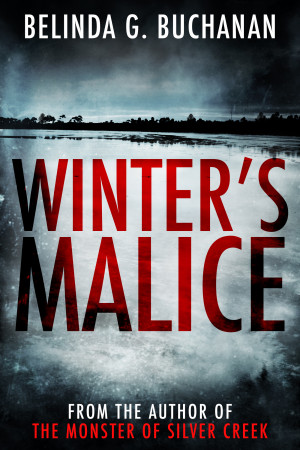 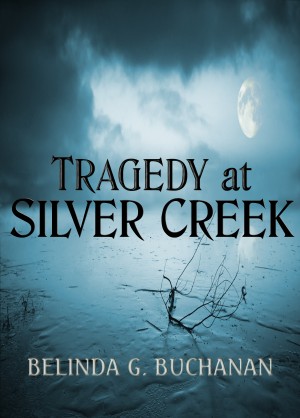 Tragedy at Silver Creek by Belinda G. Buchanan
Price: $0.99 USD. Words: 112,850. Language: American English. Published: September 25, 2015. Categories: Fiction » Thriller & suspense » Crime thriller, Fiction » Mystery & detective » Police Procedural
Guilt is a powerful thing, and former deputy Jack Collins is mired in it. He feels as if he is slowly drowning as he tries to cope with the aftermath of a serial killer’s reign of terror, as well as his new—and unwanted—job as chief of police. The pressure soon begins to take its toll when the body of a young woman, bearing the same puncture wounds as the killer's previous victims, is discovered. 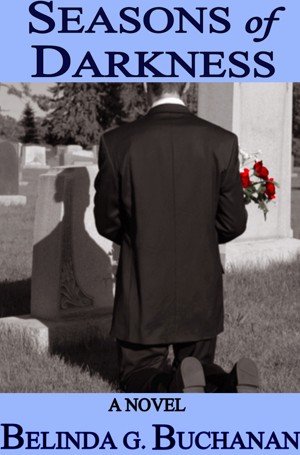 Seasons of Darkness by Belinda G. Buchanan
Price: $0.99 USD. Words: 119,960. Language: American English. Published: August 23, 2013. Categories: Fiction » Young adult or teen » Social Issues, Fiction » Coming of age
Ethan Harrington's innocence was lost seven years ago when his mother took her own life. Left alone with his controlling and abusive father in an isolated farmhouse, he struggles to live among the shattered remains of a family that was never functional to begin with. 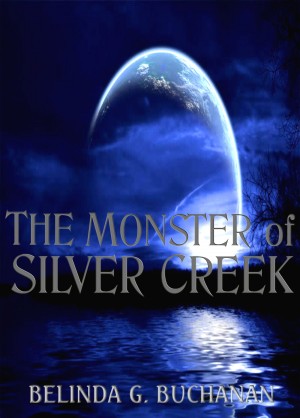 Terror has come... This small town in Prairie County, Montana has been rocked to its very core with the brutal murders of four women. A serial killer, whose calling card is as unusual as it is twisted, is on the loose - and troubled Police Chief Nathan Sommers is bent on stopping him at all costs. 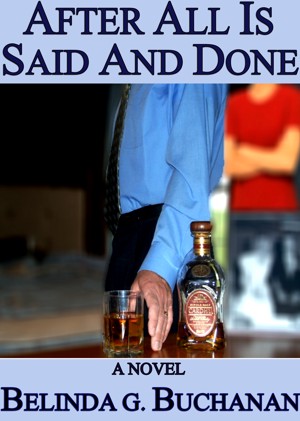 What would you do if you found out the son you loved wasn't yours? Ethan Harrington's world has just been shattered... Nobody wakes up one morning and decides this is the day they are going to cheat on their spouse, but when the opportunity presents itself - it ultimately becomes a choice, and that choice, whether good or bad, can have irrevocable consequences.