Besides My Ideal Partner and The Red Dress, Abbie Johnson Taylor is the author of a novel and two poetry collections. Her work has appeared in Magnets and Ladders, Labyrinth, and other journals and anthologies. She is visually impaired and lives in Sheridan, Wyoming. For six years, she cared for her late husband, Bill, totally blind and partially paralyzed by two strokes. Please visit her Website at http://www.abbiejohnsontaylor.com .

What is your writing process?
You can edit something till the cows come home and never get anything published so here's what I do. I put down a story or poem without worrying about typographical errors or anything I might want to change later. Then, I go back and edit. Since my late husband was a baseball fan, I've adapted the three-strikes-and-you're-out method. This means I usually read through something three times, making changes as I go. I read my work aloud as often as I can during this process. Even after something is published, while reading it, I always think of something I could have changed so it has to stop somewhere.
How do you approach cover design?
Being visually impaired, if I were to design my own cover, it would look like something the cat dragged in, and I don't even have a cat. The cover of my first book was designed by the publisher. Subsequent covers consisted of photos taken by friends. So far, all my book covers have turned out pretty well so I'll always rely on others for this instead of trying to do it myself.
Read more of this interview. 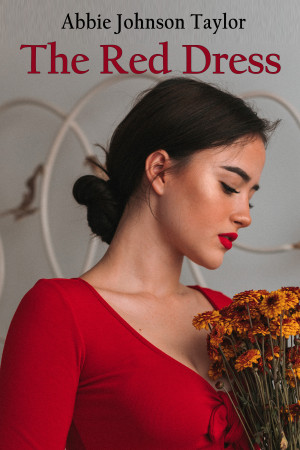 The Red Dress by Abbie Johnson Taylor
Price: $3.99 USD. (Free!) Words: 57,440. Language: English. Published: July 22, 2019. Categories: Fiction » Romance » General
In high school, Eve wears a red prom dress that her mother made, then catches her boyfriend and her best friend in the act. In college, she’s bullied into giving the dress to her roommate. Her relationship with her mother never recovers. Her mother’s resentment and Eve’s guilt are still there, 25 years later, when a trio of events forces Eve to confront the past in order to face the future. 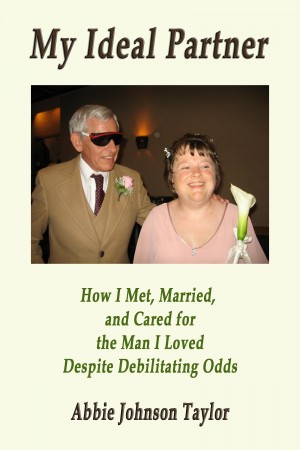 My Ideal Partner: How I Met, Married, And Cared For The Man I Loved Despite Debilitating Odds by Abbie Johnson Taylor
Price: $3.99 USD. (Free!) Words: 53,030. Language: English. Published: July 21, 2016. Categories: Nonfiction » Biography » Autobiographies & Memoirs
In September 2005, Abbie Johnson married Bill Taylor, 19 years her senior and blind. Three months later, he suffered the first of two strokes that confined him to a wheelchair. Here, the author tells the story of how she met, married, and then cared for Bill for six years, detailing both the happy times and the hard ones. After one month in a nursing home, Bill Taylor passed away in October 2012.

You have subscribed to alerts for Abbie Johnson Taylor.

You have been added to Abbie Johnson Taylor's favorite list.

You can also sign-up to receive email notifications whenever Abbie Johnson Taylor releases a new book.