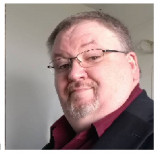 Writer, vagabond, scoundrel, liar, and all around nice guy. Okay, so he lied about the scoundrel part, but the rest is true. We promise.

An award-winning author, Bobby Nash writes novels, comic books, short stories, novellas, graphic novels, and the occasional screenplay for a variety of publishers. A comprehensive list of Bobby’s published titles and upcoming releases can be found at www.bobbynash.com. Bobby is a member of the International Association of Media Tie-in Writers and International Thriller Writers. On occasion, Bobby appears in movies and TV shows.

He was named Best Author in the 2013 Pulp Ark Awards. Rick Ruby, a character co-created by Bobby and author Sean Taylor also snagged a Pulp Ark Award for Best New Pulp Character of 2013. Bobby has also been nominated for the 2014 New Pulp Awards and Pulp Factory Awards for his work. Bobby's novel, Alexandra Holzer's Ghost Gal: The Wild Hunt won a Paranormal Literary Award in the 2015 Paranormal Awards. The Bobby Nash penned episode of Starship Farragut "Conspiracy of Innocence" won the Silver Award in the 2015 DC Film Festival. Bobby's story in The Ruby Files Vol. 2 "Takedown" was named Best Short Story in the 2018 Pulp Factory Awards, one of five nominations for The Ruby Files Vol. 2 (created by Bobby Nash & Sean Taylor). Bobby's digest novel, Snow Drive was nominated for Best Novel in the 2018 Pulp Factory Awards.

For more information on Bobby Nash please visit him at www.bobbynash.com and across social media. If you see him walking around the con, please say hi and make sure he's not lost.

Where to find Bobby Nash online 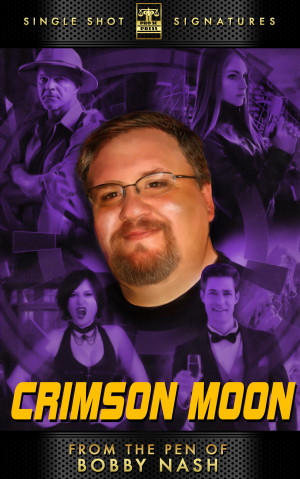 From the Pen of Bobby Nash, Book 2: Crimson Moon by Bobby Nash
Price: $0.99 USD. Words: 10,300. Language: English. Published: January 26, 2017 by Pro Se Press. Categories: Fiction » Adventure » Action, Fiction » Fantasy » Dark
On the night of the Crimson Moon, the holiest of holidays for things that go bump in the night, something has broken the truce. On this night when all hostilities are suspended, Vanek David, a disgraced Lupin warrior from one of the oldest werewolf families has decided to break with tradition and take the fight to his enemies while their guard is down. CRIMSON MOON From the Pen of Bobby Nash! 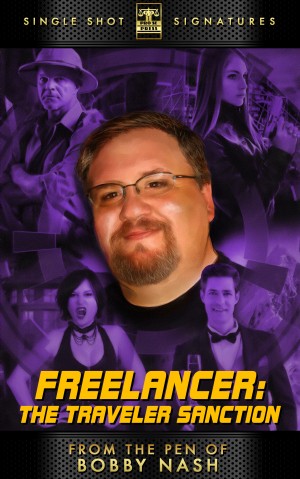 From the Pen of Bobby Nash, Book 1: Freelancer - The Traveler Sanction by Bobby Nash
Price: Free! Words: 11,220. Language: English. Published: February 23, 2015 by Pro Se Press. Categories: Fiction » Adventure » Action, Fiction » Women's fiction » General
When trouble rears its ugly head and you’ve no one left to turn to, call in a specialist. It’s time to call in The Freelancer. When the Secretary of Defense’s daughter is kidnapped, the Freelancer is called in to rescue her, but is there something more sinister afoot and will this mysterious heroine figure it out in time?

You have subscribed to alerts for Bobby Nash.

You have been added to Bobby Nash's favorite list.

You can also sign-up to receive email notifications whenever Bobby Nash releases a new book.