Gene Curtis is the director of the Writers Studio (Southern Virginia) and editor of Sweetbay Review, an annual anthology of Virginia Writers. He previously sat on the board of directors for Convergence Art Guild.

Chronicles of a Magi by Gene Curtis 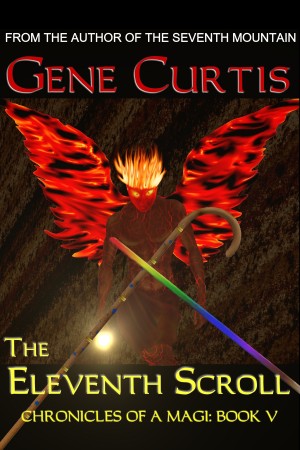 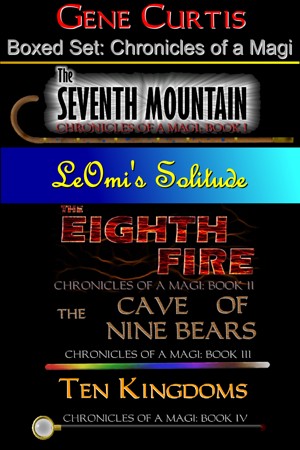 Chronicles of a Magi: Boxed Set by Gene Curtis
Price: $9.99 USD. Words: 406,840. Language: English. Published: December 18, 2013. Categories: Fiction » Fantasy » Contemporary, Fiction » Christian » Fantasy
The complete first four novels in the Chronicles of a Magi series plus a side story of the first year at The Seventh Mountain told from a different student's perspective. Readers compare it to Harry Potter and say it is better. Five, Faith based, horror-thriller novels, in a boxed set. 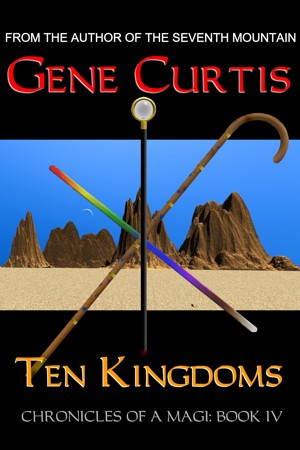 Ten Kingdoms by Gene Curtis
Series: Chronicles of a Magi, Book 4. Price: $4.99 USD. Words: 75,270. Language: English. Published: December 3, 2013. Categories: Fiction » Christian » Fantasy, Fiction » Fantasy » Paranormal
Ten Kingdoms sweats with high-tension anxiety and the perils heroes Mark and LeOmi face to stand against Benrah, the son of Satan. The future fate of the world rests in their hands. They discover details about what he is planning and must find a way to thwart his scheme. Ruby, one of Benrah’s lieutenants, is vicious in her attempts to stop them. The fight is on! 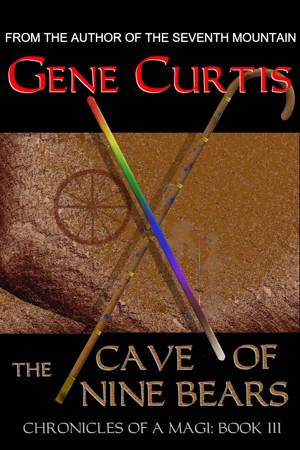 Searching for LeOmi’s staff, Mark Young helps thwart Ruby’s attempts to kidnap or kill her. Meanwhile the search for the counterfeit sunstone continues before Benrah’s forces discover they have a worthless replica. Both paths culminate in an intense battle, the outcome of which rests the fate of the young Magi. 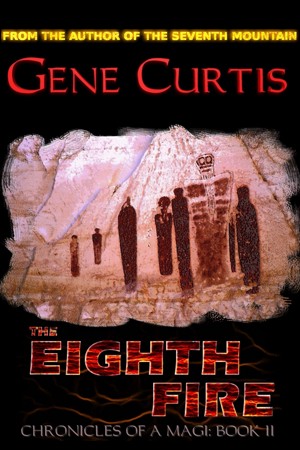 The Eighth Fire by Gene Curtis
Series: Chronicles of a Magi, Book 2. Price: $4.99 USD. Words: 80,560. Language: English. Published: November 12, 2011. Categories: Fiction » Young adult or teen » Fantasy, Fiction » Young adult or teen » Thriller & Suspense
The Eighth Fire: Chronicles of a Magi book two A faith based fantasy thriller so gripping in its action and convincing in its plot that readers are cautioned not to read it before going to bed. The theme: The next step in fighting the antichrist. The story: The quest for an artifact the antichrist desperately wants destroyed. 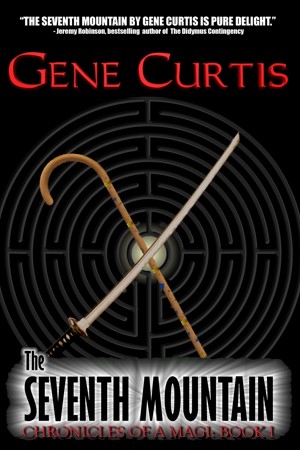 Imagine you're an ordinary twelve year-old boy. The next thing you know, you're in the Seventh Mountain, an academy where students are trained as warriors, practical jokes are not just tolerated but encouraged, and the game of choice is a massive, four team version of capture the flag on horseback. Mark is a Magi- called to join others like himself to battle the evil of Benrah.

You have subscribed to alerts for Gene Curtis.

You have been added to Gene Curtis's favorite list.

You can also sign-up to receive email notifications whenever Gene Curtis releases a new book.