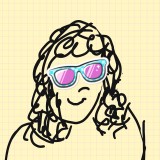 Ainy Rainwater has been writing and publishing short stories, essays, and novels in various genres for about 30 years. She lives in the greater Houston area with her husband and rescue dogs. She enjoys reading, writing, playing guitar and percussion, gardening, knitting, tea, baking and other kitchen improvisations, daydreaming, and wasting time online.

Her novels are available from Amazon, Barnes and Noble, Apple, Kobo, Smashwords, and other bookstores. She is presently working on a chick lit fantasy series as well as a number of side projects, including a sequel to If Wishes Were Spaceships, a science fiction novel published in March 2016.

She is also known for the digital pop which she makes under the name Gymshoes. "Everest Sunrise" was featured in the documentary What It Takes. After hurricanes Katrina and Rita she released an EP of songs, A Tropical Depression, the profits of which go to benefit the American Red Cross. Gymshoes albums are available from iTunes, Amazon, and other online stores. For more about Gymshoes music, please see Gymshoesmusic.com, which has liner notes, links to social media, streaming music, and much more.

You can find the author on Facebook, Instagram, and Twitter. She occasionally contributes to the group food blog, The Usual Suspects: http://usualsuspects.wordpress.com and posts short miscellaneous things on The Mighty Microblog: http://ainyrainwater.wordpress.com. A Truant Disposition, http://truantdisposition.com is Ainy Rainwater's official author site.

Where to find Ainy Rainwater online 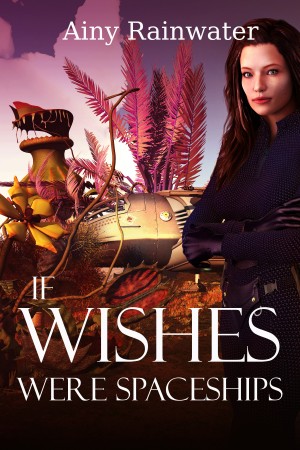 If Wishes Were Spaceships by Ainy Rainwater
Price: $4.99 USD. Words: 72,520. Language: English. Published: March 29, 2016. Categories: Fiction » Science fiction » Adventure, Fiction » Science fiction » Space opera
When Jazlyn is forced to make an emergency landing on a quarantine planet terrascaped with dangerous plants she must repair her ship before Sterneworth, the wealthy scion of a galactic dynasty and resident tyrant, does something drastic. Can she trust Blaine, the anxious techie who is under Sterneworth’s thumb? Everyone on the planet has a secret agenda. Has the sassy spacer met her match? 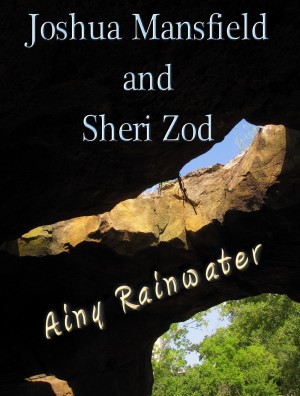 Joshua Mansfield and Sheri Zod by Ainy Rainwater
Price: $3.99 USD. Words: 35,280. Language: English. Published: July 15, 2011. Categories: Fiction » Literature » Literary, Fiction » Fantasy » Contemporary
An allegorical novel about choices, what happens when people step off the beaten path. As Joshua and Sheri journey through a fantastical American Southwest accompanied by spirit animals they meet ghosts, sad machines, mirages, mysterious figures in a literally petrified forest, a hostel for lost souls, and a cafe for lost dreams, as they search for what happened to two lovers a generation earlier. 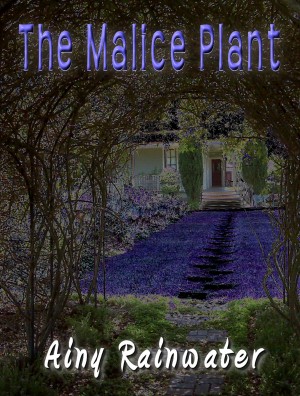 After Ivy Willowby dies with a Malice Plant in her hand, Rosemary Wilde is stunned to find she's the beneficiary of Ivy's will, if she lives long enough. With potential heirs buzzing around like angry bees, burglaries, and liaisons, the Cedar Lake Garden Club isn't lacking either dirt or manure. When Rosemary decides to test the plant's "curse", she finds there's plenty of malice to go around. 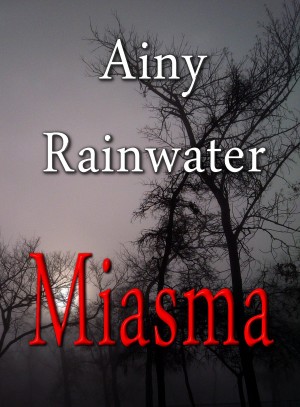 Miasma by Ainy Rainwater
Price: $4.99 USD. Words: 65,770. Language: English. Published: September 14, 2010. Categories: Fiction » Horror » General
Lisa Lightner fled social work for the quiet of a bookstore. But publication of a horror novel unleashes an Evil on the world threatening her peace of mind and society itself. When her sister is hired to write the screenplay and her best friend joins the Christian Resistance to destroy Miasma, Lisa is caught between fanatical extremes, trying to survive an apocalypse with her humanity intact. 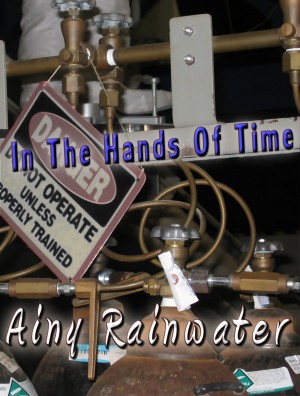 In The Hands Of Time by Ainy Rainwater
Price: $4.99 USD. Words: 77,940. Language: English. Published: September 8, 2010. Categories: Fiction » Science fiction » Space opera
Jason's new crew, Sien, is a visionary with disturbing visions---ill-suited for a small ship, which becomes even smaller when they pick up a family from Earth. Are her visions connected to the murder of a religious fanatic on Zan or to the overbearing McGraths and their enigmatic daughter? What Jason and Sien discover on the not-so-routine mapping assignment must be unraveled before time runs out.

You have subscribed to alerts for Ainy Rainwater.

You have been added to Ainy Rainwater's favorite list.

You can also sign-up to receive email notifications whenever Ainy Rainwater releases a new book.