Who are your favorite authors?
J.R.R. Tolkien and that's about it. I have other authors I like but the cream of the crop for me is Tolkien.
What inspires you to get out of bed each day?
My wife, daughter, and my pursuit happiness with them.
Read more of this interview. 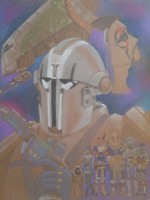 The Hunter's Gambit by Jim Limber Davis
The future is not always what we think it will be. Sometimes we've come across glimpses of it, thinking nothing about it at all. But this snippet of the future goes beyond just a few thousand years. Sometimes what seems to be the most obvious path begins to falter giving us a false negative; and upon such revelations we found a new beginning. It's just a shame that it takes a fugitive of two separate galactic governments to rediscover what this particular galaxy has forgotten. 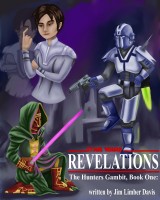 Defined by Jim Limber Davis
Many minds attempt to dismantle the foundations of governments. Sometimes that is just not enough as it shows the contradictions, the conflicts, in the proponents' of government ideology for the world to see; thus allowing others to openly ridicule and chastise. This causes the proponents of government to resist understanding due to further fear of ridicule. But when another foundation is crafted for them to explore and compare with, they are free to explore their contradictions in the solace of their own minds in peace. *Note- If you would like to download the work and have it printed in this series (Liberty Defined & Morality Defined) you are more than welcomed to do so. All I ask is that my work is credited to me.

Hope by Jim Limber Davis
The Universe is a tremendously large place; and there is a reason why we seem to be alone. There is a specific path we walk that must be adhered to in order to emerge onto the galactic scene as the Hope, not just another contender. 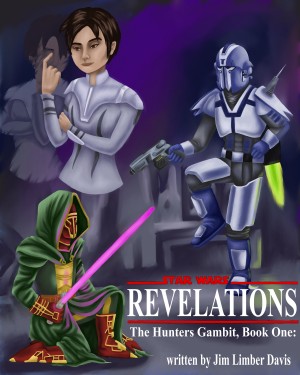 Star Wars: The Hunter's Gambit: Book 1, Revelations by Jim Limber Davis
Series: The Hunter's Gambit. Price: Free! Words: 24,950. Language: English. Published: December 25, 2015. Categories: Fiction » Science fiction » Space opera
Winning the Great Hunt of Mandalore was just a turning point. Erikson Autarchic survived far greater ordeals which propelled him to victory in one of the galaxy’s more infamous tribunals of skill, courage, and cunning; and it’s been nearly ten years since. The showdown between him and the two catalysts which forced this journey upon him is looming ever nearer. 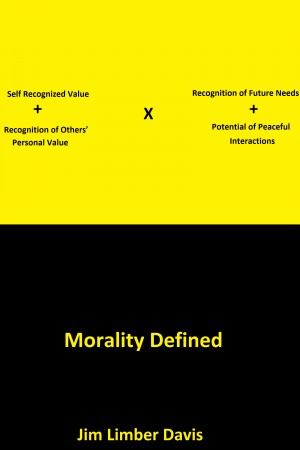 Morality Defined by Jim Limber Davis
Series: Defined. Price: Free! Words: 14,190. Language: English. Published: April 30, 2015. Categories: Nonfiction » Philosophy » Logic, Nonfiction » Self-improvement » Personal Growth / General
Morality today is commonly misunderstood by appealing to some authority which dictates right from wrong with no clear litmus test. It’s time to end the suffering. If we are going to leave a better world for our children, then we need to leave better children for the world. So we should lead by example and be the change we want to see in the world. 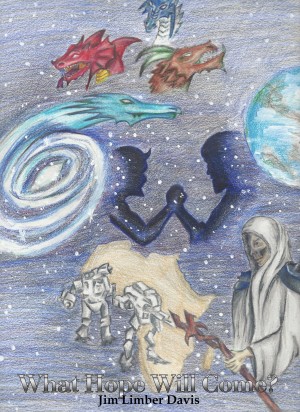 What Hope Will Come? by Jim Limber Davis
Series: Hope. Price: $2.99 USD. Words: 24,970. Language: English. Published: February 28, 2015. Categories: Fiction » Science fiction » Short stories, Fiction » Fantasy » Short stories
The race of mankind was all but forgotten until it was discovered again by two demonic brothers engaged in a power struggle. They have unwittingly reintroduced mankind to the known universe and doomed their fates to rule it. With mankind unleashed once again, is the universe ready for its return? 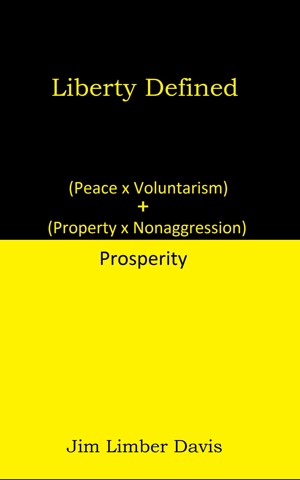 Liberty Defined by Jim Limber Davis
Series: Defined. Price: Free! Words: 27,960. Language: English. Published: November 6, 2013. Categories: Nonfiction » Philosophy » Political, Nonfiction » Politics & Current Affairs » Government
Government should be remembered as an antiquated idea befitting a less civilized period of Humanity's history! The enemies of liberty are everywhere. Often innocent people are completely unaware of the results of their actions. Here liberty is clearly defined. The most terrible losses of liberty always come, not from well thought out plans of attack but, from those who inadequately defend it!