Louis R. Spickett was born in 1924. He served on various ships in the Royal Navy during WW2 including those involved in the Allied invasions of North Africa and Sicily. Immediately after the war he joined the Merchant Navy as a Radio Officer and was on the famous RMS AQUITANIA, Cunard's last Four Funnel Liner, during her last year in service before being scrapped. She was under construction on the Clyde in 1912 when her ‘sister', another Four Funnel Liner, the infamous TITANIC, struck an iceberg and sank during her maiden voyage.
At the age of 32 he met his lifelong partner, Leslie, and they were together for around 50 years, until Leslie died. Louis became Financial Director with an Electronics firm, a Contracts Manager with another, then finally spent many happy years with his partner, running an Antique Shop in Harpenden in Hertfordshire. He now lives in North West London. 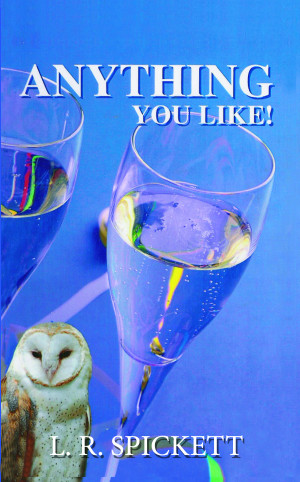 Anything You Like! by L.R Spickett
Price: $4.99 USD. Words: 64,130. Language: English. Published: August 31, 2018 by Austin Macauley. Categories: Nonfiction » Biography » Autobiographies & Memoirs
Louis Spickett is a product of the mid-twenties who was, as a young child, witness to the vagaries of that era and the subsequent one which terminated (1939) in chaos and a war in which he participated. Experience tempers the soul, or so they say, and he claims his involvement with people has broadened his regard for at least some in the human race. 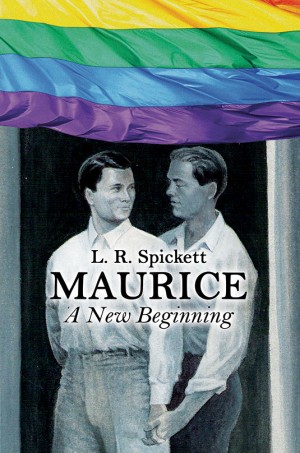 Maurice - A New Beginning by L.R Spickett
Price: $4.99 USD. Words: 85,750. Language: English. Published: May 16, 2016 by Austin Macauley. Categories: Fiction » Gay & lesbian fiction » Gay
The year is 1920 & whilst the war may be over, Maurice and his friends are fighting private battles of their own. L. R. Spickett continues where E. M. Forster left off in his original tale of forbidden love - ‘Maurice'.Maurice has been given another shot at love with the handsome but lower class Alec,but there are still hurdles to overcome in a time when homosexuality was considered a criminal act

You have subscribed to alerts for L.R Spickett.

You have been added to L.R Spickett's favorite list.

You can also sign-up to receive email notifications whenever L.R Spickett releases a new book.