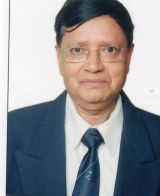 About the Author MOHAN SIROYA

Academically a double Post Graduate ,worked as a Sr. Professional Manager in MNCs in Mumbai for 30 yrs. Thereafter ,he also dabbled in Advertising profession. Simultaneously, has also been freelancing as a Film Journalist/Critic for last 55 years as his passion . He has been a prolific writer , having written analytical and critical articles on Entertainment Industry and detailed reports of International Film Festivals of India , in numerous English periodicals. Named a few are - The Indian Express, FilmFare, Film World, Picturpost, Cine Advance, Screen , The Hitavada, Lokmat Times , Nav Hind Times,The Twin City Times , Film Industry Journal, Day After, Femina , Eve’s Weekly, Free Press Journal , Blitz , Gentleman , Time & Tide etc.etc.
Presently he is a regular columnist for a couple of periodicals and the Founder Editor-Writer-Critic of the Web portal shadow playindia.com. So far Mr. Siroya has written about 7000 articles/features on films and general topics. He is the founder president of the Freelance Film Journalists Combine (FFJC-. now renamed as FMJC)), a registered association of Freelance Media Journalists all over India.
He is also a regular letter writer of national standing , having published about 3500 letters so far in the prestigious national dailies. For this achievement, he has received PATRA RATNA award, twice from the All India Letter Writers Association , a registered body ,of which presently he is the National Vice President. A few of his letters published in journals all over the world, have been published in an International reference book “PEN POWER”.
He is also a Social and Consumer Activist . Presently he is the Chairperson of Consumer Complaints Cell , an NGO at Mumbai. “The Times of India” , and “The Nav-Bharat Times” had eulogized his selfless and free services by calling him a “City Angel” in a feature published on him. Also a Social Activist , having held many prestigious offices in the International Association of Lions Clubs and won numerous awards for his achievements. Mr. Siroya is 75 years young at heart and very much active. Believes in living life king size, with a flair for Shayari , Humour and Literature .

Where to find Mohan Siroya online 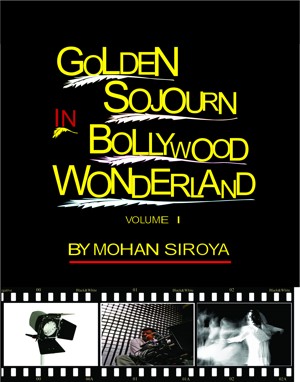 You have subscribed to alerts for Mohan Siroya.

You have been added to Mohan Siroya's favorite list.

You can also sign-up to receive email notifications whenever Mohan Siroya releases a new book.