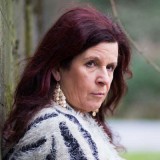 Being an “army brat” meant moving around a lot. It was a good way to live, to see the world and continuously broaden my horizons: to start cultivating my creativity and fantasy.

And grow it did.

From an very early age I have always drawn and painted a lot, making my own version of what was around me. Starting off copying reality, I expanded into a personal kind of augmented reality. Adding fantasy to the mix didn’t however relieve me of natural boundaries: the physiology needed to be right. 4 arms means four shoulders, for me even fantasy needs to be anatomically correct. This craving to combine reality with fantasy formed the basis of a career in art. Blending realistic full portraits with fantasy or animals became my trademark, and I did quite well for myself.

However, living off art is not an easy task, so practical as I am, I continued my never ending education, now in the area of Information technology. Yes I went into IT. Hey, a gal’s gotta live.

Ideas and creativity will not be denied their due and the stories, previously visualized in paintings, bubbled up and wouldn’t go away.
In the few quiet moments my busy life offered about 6 years ago, actual scenes started to unravel in my imagination. Random scenes, or so it seemed. It turned out they were all scenes from one story, one idea that my subconscious had already formed into a coherent story line: Primal Nature.

I decided to write them down. But where to begin? I wrote the first 20 pages and the last 2 in one go. In the resulting years I have been filling in the gaps. One story led to a book, one book led to two, to three. To new and fascinating storylines that propelled me to write and write and write.

I have found my passion. I want to tell stories.
Not just any story. Stories that will entertain, but will hopefully also give room for thought. Will encourage the reader to join me on my journey to explore the boundaries of who we are, what we are, what we could be.

If only we dream. If only we accept that the impossible is only improbable until someone proves that it exists.
The world is a big place. Who is to say that what I dream, what I write, isn’t out there somewhere.

Where to find Monique Singleton online

The Primal Series by Monique Singleton
A random woman becomes immortal and is thrown into a destiny she didn't ask for an doesn't want. War, terrorism, betrayal and pain alienate her from mankind. Then she finds out that she is part of a much bigger whole. Who is she? what is she? and what is her destiny? The Primal series is one woman's journey through dark human nature, hope and immortality with a unique take on the Riders of the apocalypse, Shape-shifters and Mother Nature. 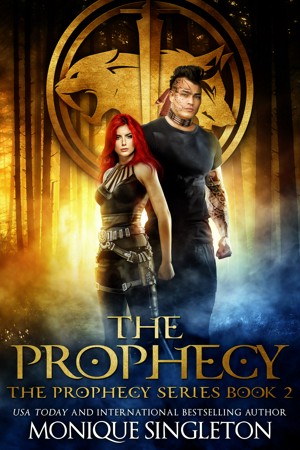 The Prophecy by Monique Singleton
Pre-release—available December 15, 2020. Price: $0.99 USD. Words: 65,460. Language: British English. Categories: Fiction » Fantasy » Urban, Fiction » Fantasy » Paranormal
An age-old prophecy could be the key to ending the Paranormal Council's reign of terror. And a former Council assassin Trish is slap bang in the middle of it. With her ragtag army of shapeshifters and a mystical Shaman she takes on the most powerful organisation in the world. 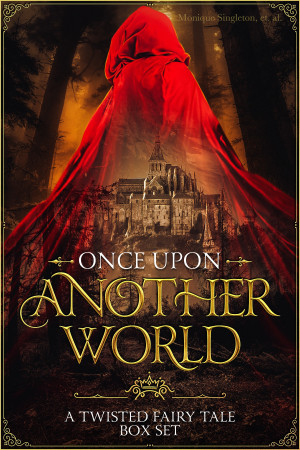 Once Upon Another World by Cassidy K. O'Connor, D.C. Gambel, K.L. Bone, Aldrea Alien, L. R. W. Lee, Jude Cocaigne, Jaclyn Roche, D.E. Chapman, Christa Ann, Hunter S. Jones, Krista Ames, Erin McFadden, Silvana G. Sánchez, Amari Ara Dreamer, & Monique Singleton
Price: $3.99 USD. Words: 797,060. Language: English. Published: October 6, 2020 by Cassidy K. O'Connor. Categories: Fiction » Anthologies » Short stories - multi-author, Fiction » Fairy tales
Not all fairy tales are as they appear. Was it actually Red who hunted the wolf? What if the prince was the one in distress? Did the straw really get spun into gold? How well did those glass slippers truly fit? Where princesses do their own rescuing, princes aren’t who they first appear to be, and beasts are friends, not foe—and maybe something more… 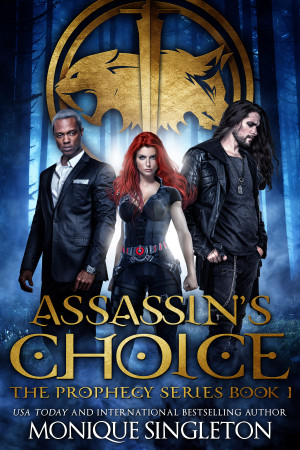 Assassin's Choice by Monique Singleton
Price: $0.99 USD. Language: British English. Published: January 28, 2020. Categories: Fiction » Fantasy » Paranormal, Fiction » Romance » Paranormal
If they realise who I am… I’m dead To the Council, I’m their top assassin. I terminate paranormals that step out of line. I’ll head off the hit list if they ever find out who I really am and that I’m going to bring them down for killing my mother. My next decision will send my life in a new direction… or kill me in the process. Which will it be? Personal revenge… or save the world? 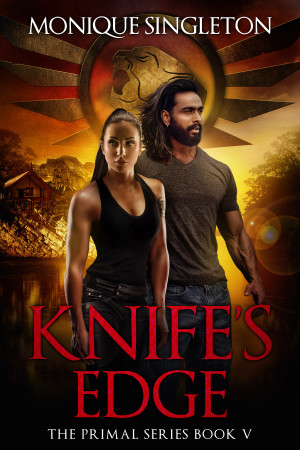 Knife's Edge by Monique Singleton
Series: The Primal Series. Price: $4.99 USD. Words: 100,950. Language: British English. Published: December 3, 2019. Categories: Fiction » Fantasy » Urban, Fiction » Fantasy » Dark
Nature created the five of us to save this dying planet and forge a balance between mankind and nature. Now we’re pitted against each other. War and me against Famine and Death. We tried to talk to them, bring them over to our side. They refused… then they made it personal. Now I need to find the only one who can fix all this and stop the apocalypse: Primal. But finding her might kill me. 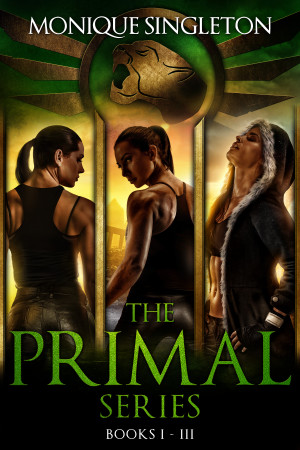 The Primal Series Box Set by Monique Singleton
Series: The Primal Series. Price: $9.99 USD. Words: 263,130. Language: British English. Published: March 21, 2019. Categories: Fiction » Urban, Fiction » Fantasy » Dark
The fate of mankind depends on a shapeshifter with a bad attitude and not much love for humans. They are her prey and now she has to save them. Follow her journey from torture in a prison in Mexico, through horrifying World Wars towards a destiny she refuses to accept. Is she the godsend they think she is? or the Catalyst for Armageddon? 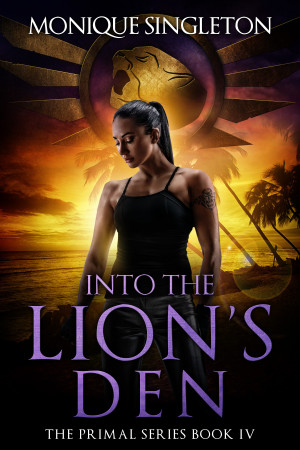 Into the Lion's Den by Monique Singleton
Series: The Primal Series. Price: $4.99 USD. Words: 96,810. Language: British English. Published: November 22, 2018. Categories: Fiction » Urban, Fiction » Thriller & suspense » Supernatural
An immortal assassin. A terrorist threat. Only she can save humanity. Life in the Australian Outback is hard and brutal—exactly as Anadi likes it. Here she’s anonymous. Just another fool trying her luck in the Opal mines. Life is peaceful. It couldn’t last. There are too many people who want her head. With her sanity hanging by a silken thread, it’s anyone’s guess who will come out alive. 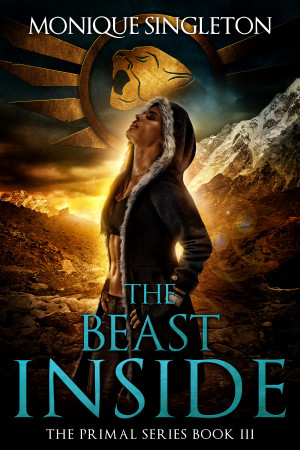 The Beast Inside by Monique Singleton
Series: The Primal Series. Price: $4.99 USD. Words: 88,850. Language: British English. Published: January 25, 2018. Categories: Fiction » Urban, Fiction » Thriller & suspense » Supernatural
Jess finally learns the truth about her nature, but is the price too high? In the midst of a mission, she discovers a secret group called the Watchers. In exchange for her help, they will give her what she most desires--information about herself. Her history. Her purpose. She will finally have answers to the questions that have plagued her existence. But are these the answers she wants to hear? 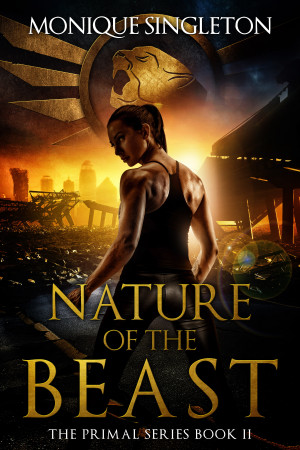 Nature of the Beast by Monique Singleton
Series: The Primal Series. Price: $4.99 USD. Words: 73,550. Language: British English. Published: October 26, 2017. Categories: Fiction » Fantasy » Dark, Fiction » Fantasy » Urban
Immortal. Powerful. Bloodthirsty. She doesn't age. She doesn't die. She can transform at will into a deadly beast. But her immortality comes at a high price: she must kill to maintain her sanity, or else risk flying into a bloodthirsty rage. As an assassin for hire, she only accepts contracts for targets who deserve to die. Her system works to keep the bloodlust at bay. But for how long? 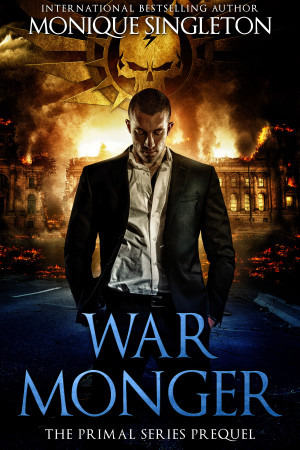 I start Wars. And it's time for one of the big ones: a world war. War is like fire. It cleanses.I gather the tinder. Strike the match. Fan the flame. …………….Then watch it burn. 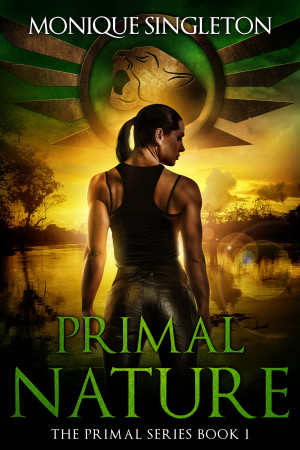 Primal Nature by Monique Singleton
Series: The Primal Series. Price: $0.99 USD. Words: 109,350. Language: British English. Published: June 20, 2016. Categories: Fiction » Fantasy » Urban, Fiction » Thriller & suspense » Supernatural
Immortality is thrust upon a seemingly random woman. Against the backdrop of World War 3, she fights her own grueling battle to find out and come to terms with what she is becoming. A killer, a monster or maybe even worse. Immortality comes at a price. A big price: her sanity

You have subscribed to alerts for Monique Singleton.

You have been added to Monique Singleton's favorite list.

You can also sign-up to receive email notifications whenever Monique Singleton releases a new book.