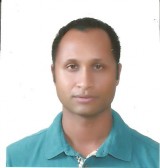 Stephen Alexander is a world traveling English conversation teacher currently residing in South Korea. You may find him in coffee shop and train stations typing away on his broken keyboard, or online at numerous websites like SFFChronicles.

Why did you choose superheroes as your first genre?
I wanted to write stories that I knew were not appearing in print or comic media. I've read many comics over the years, and I noticed patterns in the stories that frequently repeat themselves. These repetitious patterns got on my nerves to some degree, as I saw characters make the same decisions that they probably wouldn't if they didn't have a writer making that decision for them.

I also wanted to write stories about parts of Africa and the United States that were not well-covered by others. I felt like the places needed a light shone on them in better ways than what other comic books would have done. I don't know if I succeeded, but a few people have bought my books, so I'm doing something right.
How do you approach cover design?
I try to portray a defining or scene stealing moment from the story. For the first book, I felt like the setting sun from the end of chapter 3 truly closes out the war arc and opens the possibility of the training arc which makes up the bulk of the story.
Read more of this interview.

Where to find Stephen Alexander online

The Darfur 3 Saga by Stephen Alexander
Jamir, Soad, and Otunda were orphaned during the bloody wars of Sudan in 2006. Rescued by rogue superhuman Clyde Irons, they become formidable superhuman agents of change. Set in 2012, this series takes The Darfur 3 on a journey to the United States and beyond. Will they become the heroes their mashed-together country of Darfur & South Sudan needs? Will they live long enough to succeed? 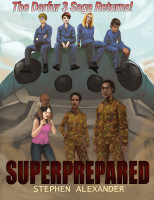 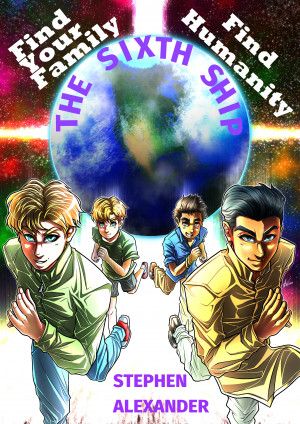 The Sixth Ship by Stephen Alexander
Price: $3.49 USD. Words: 65,110. Language: English. Published: April 27, 2020. Categories: Fiction » Science fiction » Space opera, Fiction » Young adult or teen » Science Fiction
A family divided across space and time by a passing black hole. A humanity that yearns to find itself and its survivors amongst the real-life planets of nearby solar systems. This is the universe of humanity 450 years into the future as the Grover family fights to reunite each other and humanity itself. But many threats get in their way. Can they find each other and the 6th ship in time? 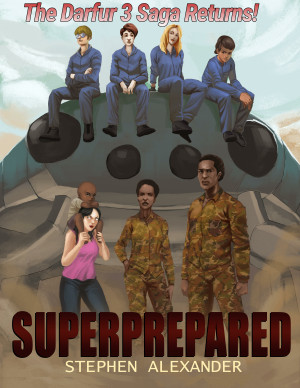 Super Prepared by Stephen Alexander
Series: The Darfur 3 Saga. Price: $1.99 USD. Words: 57,750. Language: English. Published: March 9, 2018. Categories: Fiction » Young adult or teen » Fantasy, Fiction » Science fiction » Adventure
Master Clyde and the Dafurian supers have come out of hiding, ready to train the world's supers to face the coming threat. Jamir, Soad, and Chucky must ready their friends around the world for a 4-front war against the hybrids and their masters.Can the Darfur 3 and their master get the world ready for war in time? Your many questions may have answers in part 2 of The Darfur 3 Saga! 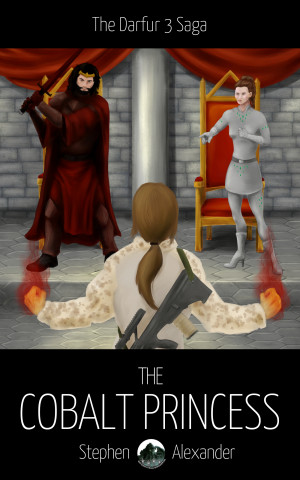 The Cobalt Princess by Stephen Alexander
Series: The Darfur 3 Saga. Price: $1.99 $0.99 USD. (50% off until July 31!) Words: 86,290. Language: English. Published: April 19, 2017. Categories: Fiction » Young adult or teen » Science Fiction, Fiction » Science fiction » Adventure
Tie in to the Darfur 3 Saga! Pilli-nina, a teenage girl flees her childhood home in search of adventure and freedom. Instead, she finds Master Clyde Irons, a rogue superhuman from Earth. He agrees to take her to Earth, for a price: Fight for freedom across Darfur and the War on Terror, or fight to save lives as his agent of change. You the reader will choose her fate. 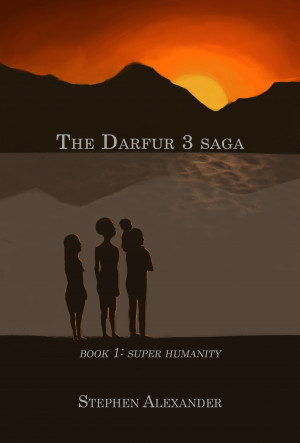 Super Humanity by Stephen Alexander
Series: The Darfur 3 Saga. Price: $1.99 $0.99 USD. (50% off until July 31!) Words: 128,160. Language: English. Published: November 20, 2016. Categories: Fiction » Young adult or teen » Science Fiction, Fiction » Fantasy » Paranormal
Three superhuman warriors from South Sudan and Darfur take on their greatest challenge: training in the USA to become super heroes. Mysteries and controversies follow them to the States. Who was their trainer? Why are they really in America? Why are they so much more powerful than anyone else? The opening chapter in a six book series from novelist Stephen Alexander.

You have subscribed to alerts for Stephen Alexander.

You have been added to Stephen Alexander's favorite list.

You can also sign-up to receive email notifications whenever Stephen Alexander releases a new book.