Peprah Boasiako is the author of the titles, THE HITMAN: A Short Story, THE SEXTAPE: A Dedication to the Ladies, and the soon to be released urban novel, The Genesis (Back 2 My Rootz series). A veteran of the United States Army, Peprah was born and raised in the Ashanti Region of Ghana, in Western Africa. He migrated to the United States with his family at age 16. After spending five years in the military, during which he traveled across the United States and the world, Peprah has finally settled down to pursue his dream as a writer and further his education. Peprah is a lucky father to a lovely son, and a current student of Computer Engineering Technology at DeVry University in New York City. While he's not in school, studying or playing daddy, Peprah utilizes his free time writing fiction and learning the craft of acting. Peprah likes to think he is capable of venturing out to restricted territories in his writing. He is also a sports freak and a big dreamer. A few of his favorites are soccer, the New York Giants and the NBA player, Kevin Durant. While Peprah aspires to be a great writer one day, his current focus is on reaching and entertaining readers around the world with his words. Peprah is currently working on a number of projects, including: The Stepchild, Back 2 my Rootz (trilogy), Rebirth, Ultimate Heist and Feel My Pain.
KNOWLEDGE IS POWER...

How do you approach cover design?
To me, cover design is a vital step in the book process. I try to depict the characters in my books with my cover art. An attractive and enticing cover art is likely to grasp a reader's attention.
What's the story behind your latest book?
My latest book The Hitman is a story about an average nine-to-fiver turned contract killer. It was actually an experiment that turned out very well.
Read more of this interview.

Where to find Peprah Boasiako online 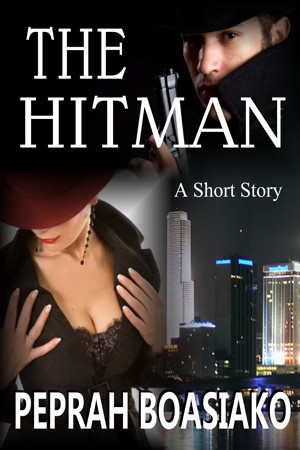 The Hitman: A Short Story by Peprah Boasiako
Price: Free! Words: 12,800. Language: American English. Published: September 26, 2013. Categories: Fiction » Anthologies » Short stories - single author, Fiction » African American fiction » Urban life
Book One: The Hitman When an average nine-to-fiver catches his wife in bed with another man, not only does he loose his mind but he cuts his losses to embark upon a new life. With his heart turned cold, and faced with the challenges of saving a reputed state official's political career, as well as keeping a crime lord out of jail, will The Hitman be able to maintain his focus or will he fall?

You have subscribed to alerts for Peprah Boasiako.

You have been added to Peprah Boasiako's favorite list.

You can also sign-up to receive email notifications whenever Peprah Boasiako releases a new book.