Brendan King
Mr. King has spent over 21 years working and volunteering in a multitude of crisis prone human service environments. Starting his professional career working in mental health and substance abuse treatment centers in 1992, he worked in both long term and acute psychiatric and residential treatment facilities. He excelled in both direct care and supervisory positions, serving as a Unit Manager and Alternate Program Director for a 56-bed adolescent behavioral modification treatment program. Throughout his tenure in the mental health industry, Mr. King intervened both verbally and physically in over 400 documented crisis situations involving aggressive, dangerous, and mentally ill individuals.

Ultimately, those experiences were what led him to develop a better way to effectively manage and handle individuals in time of crisis, and launch the Crisis Consultant Group, LLC in 2004. Teaching, speaking, and presenting hundreds of training seminars, workshops, and classes, his curriculum is currently utilized in 31 States across the country. The verbal and physical crisis prevention and intervention techniques are used daily in a myriad of workplace environments to include hospitals, schools, treatment centers, police academy’s, correctional institutions, and corporate settings.

Mr. King has been an honored guest and keynote speaker for numerous engagements throughout the Northern Virginia Public School System, the Department of Homeland Security, and speaker during the Substance Abuse and Rehabilitation Conference with the former Drug Czar of the United States, General Barry McCaffrey. Mr. King has also been featured in publications and interviews regarding crisis intervention training, self-defense, tactical operations and workplace violence prevention.

In addition to his mental health experience, Mr. King served the USMC within the Light Armored Reconnaissance Battalion, and served in Operation Iraqi Freedom / Enduring Freedom. During his 8 year enlistment, he gained numerous training and certifications in military and combat operations, and received several awards and commendations for his service.

After returning from Iraq, Mr. King began working in Law Enforcement with the Fauquier County Sheriff’s Office as a Road Patrol Deputy and served as a Sheriff’s Emergency Response Team member having been assigned to both Entry and Team Sniper positions. He has participated in over 55 documented SERT Operations and currently volunteers as the SERT Tactical Training Coordinator designing and instructing tactical training evolutions for the current 10 member tactical team.

Where to find Brendan King online 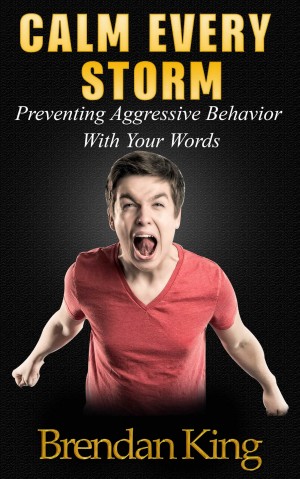 You have subscribed to alerts for Brendan King.

You have been added to Brendan King's favorite list.

You can also sign-up to receive email notifications whenever Brendan King releases a new book.