Lillian began exploring blogging in 2004 soon after publishing her first book, starting with the features that MySpace had available at that time. Later, she switched over to BlogSpot and has been there ever since. The Conscious Discussions Blog ran with daily posts for nearly 12 years, before slowing down to producing new posts every-other day. After much prompting from experienced, well-known members of the media, Lillian began exploring the idea of hosting her own radio show. With Dave's photography and graphic design skills and the audio equipment in AngleHill studio to work with... the radio show bloomed from airing a 1/2 hour twice a week, to a full 1-hour radio show that aired 3 times per week from 2007-2013. There are now more than 700 archived episodes for people to access via her site: http://brummetmedia.ca
Lillian's passion for writing, blogging and radio hosting stems from the noticeable difference this kind of media has on individuals, influencing them to create positive change in their surroundings. The Brummets experience a thrill every time they hear from fans who tell them the changes they have been inspired to make. What an amazing feeling! Of course, blogging also offers many networking and promotion opportunities, which the Brummets are more than willing to share with like-minded people.
There are now 6 books (and eBooks) available with 2 more in the works. Trash Talk Book 1, Trash Talk book 2, Towards Understanding, Rhythm and Rhyme, Purple Snowflake Marketing, Jump Start for Writers.

Where did you grow up, and how did this influence your writing?
I spent a lot of my early life leap-frogging from one place to another, but mainly resided in Western North America. I have fond memories of an early childhood in California and Nevada (USA) and except for a couple years in Northern BC I spent my early teens and young adult life up in the south-central region of BC, Canada - with a short stint in the Arctic Circle. My business partner, co-writer and husband Dave was born and raised in Kelowna (BC) where he caught me in 1990 and we have been together ever since. Dave and I have collaborated their efforts and have authored of 5 books (to date, 2013), with another book of poetry coming out in early 2014, followed by a 7th book due for release in late 2014.
When did you first start writing?
I first got the writing bug back in my youth when I used writing as a release tool for the childhood trauma and unstable life. Through writing I was able to find answers to my many questions, purge emotions, express the things I witnessed. Later in 1999 I decided to take writing seriously as a career - this was sparked by a career interruption and then taking many career courses and personality tests, which revealed a tendency toward writing as a career. Memories came alive at that point of awards and recognitions and poetry or short story publications in my youth... so this is what sparked the journey into writing professionally.
Read more of this interview.

Where to find Lillian Brummet online 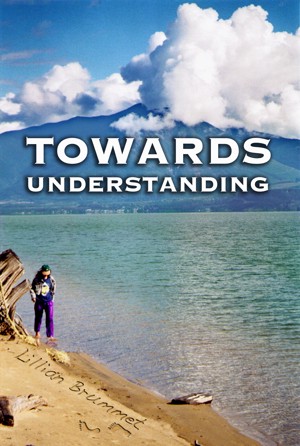 Towards Understanding by Lillian Brummet
Price: $3.99 USD. Words: 20,360. Language: English. Published: March 26, 2012. Categories: Nonfiction » Inspiration » Personal inspiration
This book is a collection of 125 non-fiction poems written in chronological order. It is a true story of a young pre-teen female growing up on her own, struggling to survive, breaking the chains of inner demons and finally growing towards understanding of her value and purpose in life – but not quite reaching it. - Thus the title… 'Towards Understanding'.

You have subscribed to Smashwords Alerts new release notifications for Lillian Brummet.

You have been added to Lillian Brummet's favorite list.

You can also sign-up to receive email notifications whenever Lillian Brummet releases a new book.