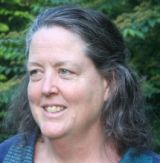 Ellen Larson has been a freelance substantive editor for twenty years. She works with writers of fiction (notably mystery and science fiction) and non-fiction as well as several publishers and a genetics lab in Japan. Larson spent fifteen years in Cairo, Egypt, working as a language editor in the field of economic development for NGOs such as USAID, CGIAR, and the World Bank. These days, she divides her time between an off-grid cabin in upstate New York, and an island off the Gulf Coast of Florida. She holds an MA in Humanities from California State University.

Larson’s first short story was published in Yankee Magazine in 1971. Since then, she has published numerous short stories, reviews, and essays in the US, Egypt, and on the Internet. She has cooperatively published three novels (two mysteries and an SF title). Her short story, “Bridges and Trees,” published by gowanusbooks.com in 1999, took fifth place in the Preditors and Editors Award for Best Short Story of 1999. “Thursday’s Children” appeared in the literary annual “Bloodroot” in 2008. Her short mystery “When the Apricots Bloom,” appeared in AHMM (July/Aug 2010) and was short-listed for a Barry Award for short mystery fiction.

Larson’s writing, whether mainstream, mystery, or science fiction, borrows heavily from the themes of the classic mythologies she loves, and features heroic protagonists who must fast-paced adventures and testing situations that are never black and white.

Where to find Ellen Larson online 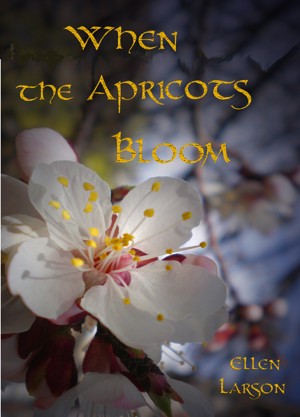 When the Apricots Bloom by Ellen Larson
Price: $0.99 USD. Words: 7,430. Language: English. Published: September 17, 2012 by Savvy Press. Categories: Fiction » Mystery & detective » Short Stories, Fiction » Literature » Literary
A young woman lawyer trying to break through the heavy bureaucracy of the Egyptian legal system gets her chance when the Public Prosecutor calls upon her to make an appearance in court. The case is an ugly one: a young bicycle messenger beaten to death for no apparent reason. Unless, concludes the lawyer, he was carrying a message someone didn't want delivered.

You have subscribed to alerts for Ellen Larson.

You have been added to Ellen Larson's favorite list.

You can also sign-up to receive email notifications whenever Ellen Larson releases a new book.