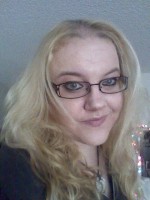 Hilary Rhodes is a scholar, author, blogger, and general geek who fell in love with British history while spending a year abroad at Oxford University. She holds a B.A. in English and history and an M.A. in religion and history, and is currently studying for her Ph.D in medieval history in the UK. She enjoys reading, writing, traveling, music, her favorite TV shows, and other such things, and plans to be a professor and author of history both scholarly and popular, fictional and nonfictional.

How did you start writing historical fiction?
Quite honestly, I was ambushed into it! I had the great privilege and joy of going abroad to Oxford University during my junior year of college, and rather naively, thought I was going to study English and psychology. Then I joined my home college’s tutoring program for London schoolchildren, where myself and two other students developed a workshop about the Norman Conquest. This was something I had been interested in before and took a class on in my freshman year, but had never pursued in depth. Still, it sounded like fun, so I scuffed up a few relevant facts and sallied forth. My job was to get the children to do an imaginative exercise related to the material, and I’d come up with a few basic story prompts. (1: “Harold, before his death, gave you a secret never to tell the Normans. What was it?” or 2: “William, on his way to be crowned, gave you a gift. What was it?”) Aside from one gratifyingly industrious little girl, this wasn’t taken too seriously; William would no doubt be extremely surprised to find that he bequeathed plasma televisions, one trillion pounds, fancy sports cars, gated mansions, and other such largesse to a bunch of twenty-first-century schoolchildren. The hour went off relatively well, and they all had fun, although I’m not sure how much they learned. But that was only the beginning.

I was in London Victoria station, in the process of finding the bus back to Oxford, when the plot bunny first sidled into my head. It insisted very much that I wanted to tell a Norman Conquest story of my own, which took me greatly by surprise, and I tried to deny it. The bus departed, promptly running into heinous traffic. I sat chewing this over. We drove. I thought. We drove. I thought harder. We got back to Oxford. I disembarked in a muddle, headed into my flat, opened up a document, and wrote about five pages. I put it aside for a few days. Then I went back to it. It was like touching a match to gunpowder, and I was completely done for. I changed my psychology course to medieval history, studying it, writing it, researching it, living it, and finally finishing the manuscript for The Aetheling's Bride (one of my forthcoming books). The Lion and the Rose was completed during my senior year in college, after I had taken a summer trip to Normandy with my mother and found myself utterly compelled to write William the Conqueror's fascinating, complex, dramatic story in full.
How do you research your books?
In nearly every way I can. In the course of writing my first book, I had the unparalleled resources of Oxford available to me, whether it was catching a lecture at the Exam Schools or checking materials out from the History Library. But there are plenty of ways to do good research in everyday setting. While the first step to writing about any period is, of course, to read like crazy, not all history books are created equal, and part of the secret to solid research is learning which sources to rely on, and which claims pass the smell test. I read regular scholarly books, essays, articles, primary sources, websites, and just about anything I can get my hands on (having two degrees in the subject does help) and pride myself on my novels' extremely high degree of accuracy in details large and small; I've had to regretfully rule out using words such as "kowtow" and "quixotic," even when I very much wanted to, because they wouldn't have been invented yet in a medieval setting! I also can't tell you how many times I've written a detail in as a placeholder, intending to go back and look it up later, only to find when I do that it was exactly correct (it's mildly spooky when that happens). Wikipedia can be a good place to start if you want to comb the footnotes for links to articles and books, and I do use it for broad, overview-type information.
Read more of this interview.

Where to find Hilary Rhodes online

The Aetheling's Bride by Hilary Rhodes
Continuing the historical saga of William the Conqueror, begun in The Lion and the Rose, and introducing two remarkable women whose stories are connected across centuries: Aislinn and Selma.

The Lion and the Rose by Hilary Rhodes

The Lion and the Rose, Book Two: The Gathering Storm
Price: $3.99 USD. 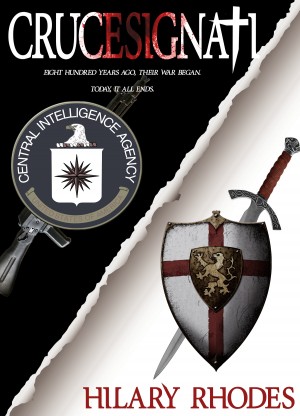 Crucesignati by Hilary Rhodes
Price: $4.99 USD. Words: 143,400. Language: English. Published: September 15, 2016. Categories: Fiction » Thriller & suspense » Action & suspense
Based on an actual quote in a medieval chronicle, this unique thriller centers around King Richard the Lionheart and his Muslim counterpart, Sultan Saladin, being brought back to life in the modern world, as they are caught up in the War on Terror and powerful interests from all sides. If they are not tracked down in time, the consequences will be unimaginable. 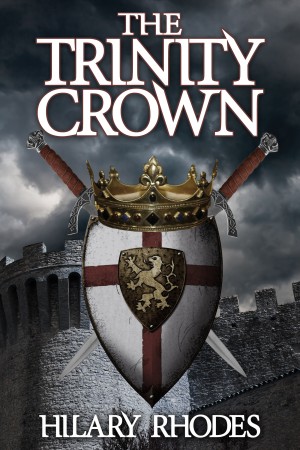 The Trinity Crown by Hilary Rhodes
Price: $3.99 USD. Words: 361,100. Language: English. Published: February 11, 2016. Categories: Fiction » Historical » Medieval
From the author of The Lion and the Rose and The Aetheling's Bride series comes The Trinity Crown, leading us into the world of one of the most famous -- and controversial -- kings in English history: Richard the Lionheart. It continues the story of William the Conqueror's legacy and his descendants, the dynamic, talented, and fatally flawed Plantagenets. 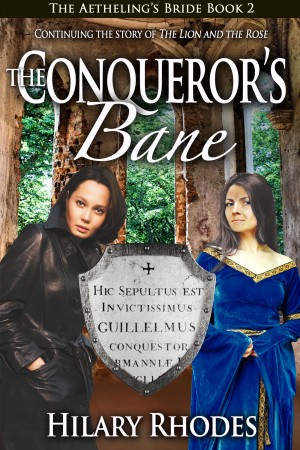 The Conqueror's Bane by Hilary Rhodes
Series: The Aetheling's Bride, Book 2. Price: $3.99 USD. Words: 163,990. Language: English. Published: September 30, 2015. Categories: Fiction » Historical » Medieval
Sequel to The Outlander King, The Conqueror's Bane chronicles the last chapters of the life of William the Conqueror, and the entwined stories of two remarkable women: Aislinn and Selma. Aislinn must face new challenges and struggle to forgive her enemies, while Selma must uncover the full truth of Aislinn's manuscript and face her own dark past. 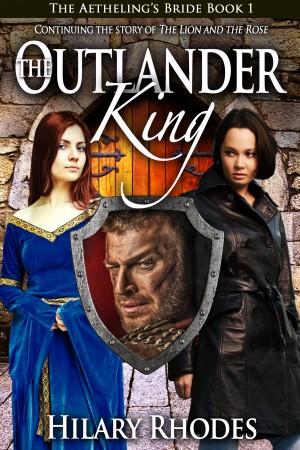 The Outlander King by Hilary Rhodes
Series: The Aetheling's Bride, Book 1. Price: $3.99 USD. Words: 161,580. Language: English. Published: June 1, 2015. Categories: Fiction » Historical » Medieval
The story of The Lion and the Rose continues with the tale of two remarkable women: Aislinn, a seventeen-year-old English girl caught up in the army of the “outlander king,” the man who will become known as William the Conqueror, and Selma Murray, an American graduate student at Oxford University, researching her mysterious chronicle almost nine hundred years later. 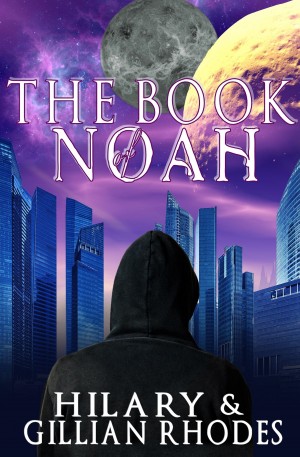 The Book of Noah by Hilary Rhodes & Gillian Rhodes
Price: $3.99 USD. Words: 143,740. Language: English. Published: November 4, 2014. Categories: Fiction » Science fiction » Apocalyptic
The Book of Noah is a post-apocalyptic science fiction dystopian novel. Taking place both in the near future and five hundred years from now, it unfolds the parallel stories of U.S. Attorney General Chris Cordwainer during World War III, and Noah, the young High Priest-in-training of the Church of Noah, when the “war to end all wars” and its aftermath have radically transformed the country. 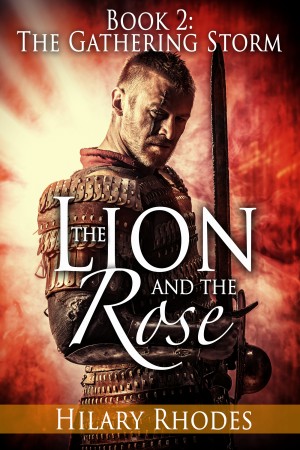 The Lion and the Rose, Book Two: The Gathering Storm by Hilary Rhodes
Series: The Lion and the Rose, Book 2. Price: $3.99 USD. Words: 101,270. Language: English. Published: September 30, 2014. Categories: Fiction » Historical » Medieval
The Lion and the Rose: William Rising introduced us to the young William, Duke of Normandy, and his treacherous childhood, as he fought his own barons to survive and claim his birthright. The Gathering Storm plunges us even deeper into his unfolding story. Now twenty-two, he has won his most pivotal battle, but impossible struggles loom -- and very few of his enemies are actually defeated. 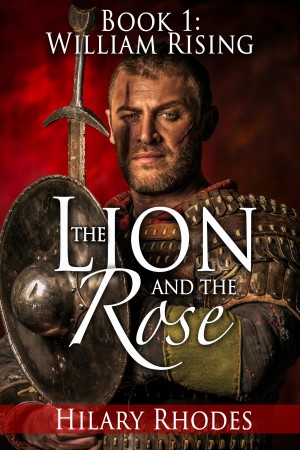 The Lion and the Rose, Book One: William Rising by Hilary Rhodes
Series: The Lion and the Rose, Book 1. Price: $3.99 USD. Words: 114,840. Language: English. Published: June 19, 2014. Categories: Fiction » Historical » Medieval
William of Normandy: visionary, ambitious, indomitable, cunning. . . the man who would change the destinies of England and France forever. William Rising tells his story as never before, from crippling childhood loss, political treachery, and adolescent betrayal, to the making of a conqueror.

You have subscribed to alerts for Hilary Rhodes.

You have been added to Hilary Rhodes's favorite list.

You can also sign-up to receive email notifications whenever Hilary Rhodes releases a new book.