Dr. Jean Raffa is an author, speaker, and leader of workshops, dream groups, and study groups. Her job history includes teacher, television producer, college professor, and instructor at the Disney Institute in Orlando and The Jung Center in Winter Park, FL. She is the author of four books, a workbook, a chapter in a college text, several articles in professional journals, and a series of meditations and short stories for Augsburg Fortress Publisher. She currently maintains a blog titled Matrignosis.

Through formal and informal means, including a five-year Centerpoint course and an intensive at the Jung Institute in Zurich, Switzerland, Jean has been studying Jungian psychology and her own inner life for more than twenty years.

Jean has made numerous program appearances, including television, radio, and Internet interviews, classes, workshops, and book signings. Her book The Bridge to Wholeness: A Feminine Alternative to the Hero Myth (LuraMedia, 1992) was nominated for the Benjamin Franklin Award for best psychology book from an independent publisher. Reviewed in several journals and featured on the reading lists of university courses, it was also picked by the Isabella catalogue as a must-read for seeking women.
Dream Theatres of the Soul: Empowering the Feminine Through Jungian Dreamwork (Innisfree Press, Inc., 1994) has been used in dreamwork courses throughout the country and is included in Amazon.com's list of the Top 100 Best Selling Dream Books, and TCM's book list of Human Resources for Organizational Development.

Her newest book, Healing the Sacred Divide: Making Peace With Ourselves, Each Other, and the World (Larson Publications, Inc., 2012), won the 2013 Wilbur Award from the Religion Communicators Council for best non-fiction book. It is a product of 19 years of research and writing about psychological and spiritual integration as a personal path to evolving consciousness.

Jean is married with two adult children--a daughter with a Ph.D. in Marriage and Family Therapy and a son with a Ph.D. in Economics--and five grandchildren. She currently lives in Maitland, Florida and Highlands, North Carolina with her economist husband, Fred.

Where to find Jean Raffa online 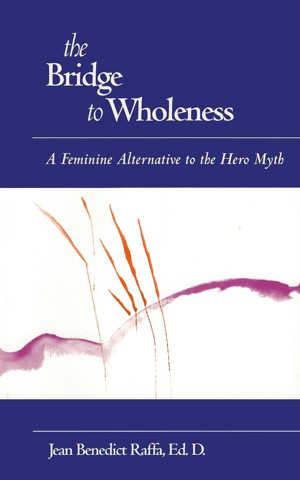 The Bridge to Wholeness - A Feminine Alternative to the Hero Myth by Jean Raffa
Price: $9.99 USD. Words: 56,270. Language: English. Published: December 9, 2013. Categories: Nonfiction » Psychology » Movements / Jungian
Nominated for the Benjamin Franklin Award for the Best Psychology Book of 1992, the Bridge to Wholeness, "describes an inner feminine way where one makes peace with dragons instead of fighting them. This moving account of a mythic journey from humility to strength, through darkness to light, carries a powerful message of unity and balance for seekers everywhere." 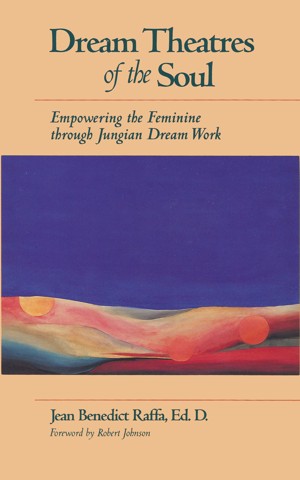 Dream Theatres of the Soul - Empowering the Feminine through Jungian Dream Work by Jean Raffa
Price: $9.99 USD. Words: 59,670. Language: English. Published: December 9, 2013. Categories: Nonfiction » Psychology » Movements / Jungian
What are your dreams telling you? Dr. Raffa believes that "dreams show us who we are and what we can become." In this fascinating book of how to analyze dreams, explore the feminine aspects, and use dreams to grow emotionally and spiritually, Raffa combines the metaphor of a theatre with the practicality of a handbook to provide a practical guide to understanding your dreams.

You have subscribed to alerts for Jean Raffa.

You have been added to Jean Raffa's favorite list.

You can also sign-up to receive email notifications whenever Jean Raffa releases a new book.