Detroit, Michigan is the birthplace of many creative, innovative and entrepreneurial spirited people; so it comes as no surprise that Michael Dadourian was born in Detroit. It was on November 5, 1980 that Michael probably invented his first unique sound and movement, had his first innovative thoughts and creative dreams… and it was probably then that Michael chose to take control of his own fate. He has not stopped creating, inventing or directing his life ever since that first day.

Michael is a doer… an achiever. He is persistent and resistant – white flags are but a canvas for him to re-create new things with fresh ideas. He never gives up. So when an injury forced Michael to end his promising career as a semi-pro soccer player; he focused on the coaching aspect – he coached boys’ soccer and varsity girls’ soccer for three years – while he studied to become a fitness professional.

Upon completion of his Physical Education studies and after having received the proper credentials; Michael directed his attention toward personal fitness, conditioning and training. In addition to training soccer teams and their players, Michael now continues to share his passion for fitness with others as a full-time personal fitness trainer as well as a group fitness instructor and motivator.

As Michael went about his fitness career, and as word of mouth of his abilities and talents quickly spread, he was discovered by Talent/Modeling Agency, MYFM, in Phoenix, Arizona. And, another career took off: Modeling. Michael’s image was soon gracing the pages of magazines and other commercial and promotional works. His toned athletic body made it naturally easy for him to transition into runway modeling, as well. Michael remains extremely grateful for the amount of exposure he received in affiliation with the MYFM Agency which helped boost his career to new levels.
For Michael, his new-found experiences and the contacts he made throughout his modeling career served as a platform for yet another new career path: party and event planning and hosting. He soon began doing promotional work for nightclubs, agencies and individual clients.

The more experience he gathered, the more exposure he received, the more opportunities he discovered… fueled Michael’s entrepreneurial fires. So what is next? A line of clothing, of course! A line of clothing created to express the epitome of what Michael is all about. Built upon an attitude, an energy, a feeling… a lifestyle. So Crucial came to be – out of a need to be. (Read and discover what So Crucial really means, and what it means to be So Crucial.)

Michael Dadourian, in addition to being true to himself by following his passion, living his dreams and owning his own life; realized early on the importance of an education and the role it would play in helping him attain all he wanted and dreamed of. He attended Eastern Michigan University where he studied and minored in communications, language arts and theater arts and subsequently earned a BA in Language, Literature and Writing – writing another of his life’s passions.

Michael is always in the process of creating, doing, experiencing, planning. He currently finished and published his first manuscript, detailing his journey in recovery from substance abuse. He has said it has been his most personal, professional project of his entire life.

Where to find Michael Dadourian online 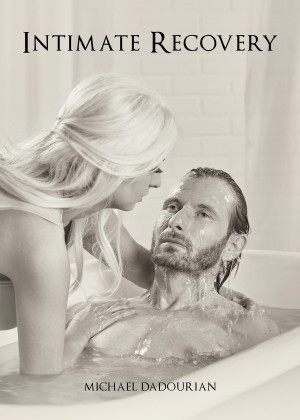 Intimate Recovery by Michael Dadourian
Price: $3.99 USD. Words: 20,140. Language: English. Published: July 25, 2016. Categories: Nonfiction » Self-improvement » Addiction & recovery
Intimate Recovery is about recovery from substance abuse. The goal of Intimate Recovery is to help those readers willing to get sober and stay sober, by giving them a clear blueprint of success. This book is for those people that have admitted they need help and are willing to do whatever it takes to change their life for the better. Michael Dadourian offers his very personal account of what ha

You have subscribed to alerts for Michael Dadourian.

You have been added to Michael Dadourian's favorite list.

You can also sign-up to receive email notifications whenever Michael Dadourian releases a new book.