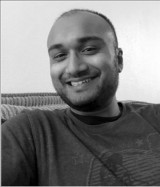 Nalin A Ratnayake started his technical career as an aerospace engineer. He holds a B.S.E. and M.S. in Aerospace Engineering and worked on supersonic air-breathing propulsion, environmentally responsible aviation technologies, and advanced access-to-space systems for the first part of his career.

After changing careers to education, Nalin completed an M.Ed. through the Boston Teacher Residency, focusing his studies on the connections between scientific literacy and social justice, particularly in the context of urban schools and communities.

After five years of teaching Physics and Engineering at an urban public high school in Boston, Nalin recently returned to engineering, at a research center near Norfolk, Virgina. He currently works in technical management, as the deputy project manager for an earth-observing, climate science satellite mission.

Nalin writes fiction under the name N.A. Ratnayake. His speculative fiction has appeared in Crossed Genres Magazine as well as the post-colonial SF anthology We See A Different Frontier. His short story Remembering Turinam received an honorable mention in Gardner Dozois’s The Year’s Best Science Fiction, Thirty-First Edition. His Mars novel Red Soil Through Our Fingers was published in January 2016 and explores a future of corporate-controlled space settlement.

Though later a New Englander and presently a resident of the Hampton Roads region of Virginia, Nalin was born and raised in the American West — a region whose history and character continue to strongly influence his writing. The mountains, rains, coasts, and deserts of the West have been the backdrop for a rich interplay of conquest, struggle, identity, and hope. These themes often emerge entangled in Nalin’s fiction.

As an engineer, writer, and educator, Nalin is strongly committed to exploring ideas for creating a more positive and sustainable future for all people.

You can find Nalin on the web at www.naratnayake.com or by sending a message to [naratnayake at pm dot me].

Where did you grow up, and how did this influence your writing?
I've lived in many places, but I did almost all of my growing up in Boise, Idaho. That's where I went to school and graduated from high school. To this day I consider Boise my "hometown."

I think growing up in Boise specifically affected my writing in two major ways: the power of community, and how to be comfortable being different from the community. The northwest is a friendly place -- neighbors know each other. Kids grow up together, live on the same street, go to the same school, play in the same sports leagues, etc. You're bound to meet someone you know in the grocery store, and even if you don't know them they'll still say hi to you in line and ask how you are. And when a neighbor is in trouble, the whole neighborhood rallies and provides support in any way they can. I like that sense of community, and I think some of that sentiment has made its way into Red Soil and my other writings.

I did have to learn how to be comfortable in my own skin though. I'm sure Boise is at least relatively more diverse these days, but in the late eighties and early nineties, it was a pretty white, Christian (mostly Mormon), conservative place to be. I was the ONLY student in my first elementary school that did not meet 100% of these criteria. I never encountered outright or malicious racism, but plenty of simple ignorance or unassuming exclusion-by-default. My hometown gave me a head start in thinking about a balance between assimilating to the dominant culture of a community versus outright self-ostracizing in the name of individual identity.

More broadly, I think the American West in general has had a powerful influence on my writing. I also lived in Washington, Arizona, and California before moving to New England in 2012. As a region, the West is the backdrop for a rich interplay of conquest, struggle, colonialism, industry, idealism, identity, and hope. These motifs no doubt emerge in my fiction.
Do you remember the first story you ever read, and the impact it had on you?
I don't remember what the first story I ever read was. However, my mother assures me that "Big Wheels" by Anne Rockwell was an oft-requested favorite. I'm sure it played a subtle effect in my eventual fascination with machines, systems, and, as my first career, engineering.
Read more of this interview.

Where to find N.A. Ratnayake online 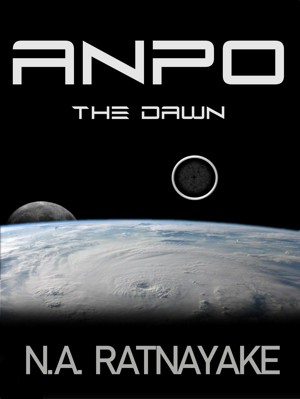 Anpo (The Dawn) by N.A. Ratnayake
Price: Free! Words: 7,390. Language: English. Published: October 24, 2021. Categories: Fiction » Science fiction » Short stories, Fiction » Themes & motifs » Spiritual & metaphysical
Saveen has been selected out of many candidates to become the Storyteller, a person who will represent humanity to an unnamed entity via the Swirl, an orbital interface in spacetime. But when the Swirl is activated, all does not go according to plan… and Saveen learns that the role we play in history may not be the one we intended. 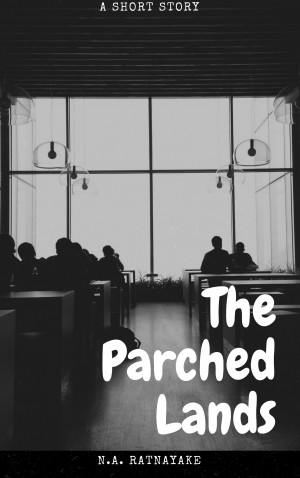 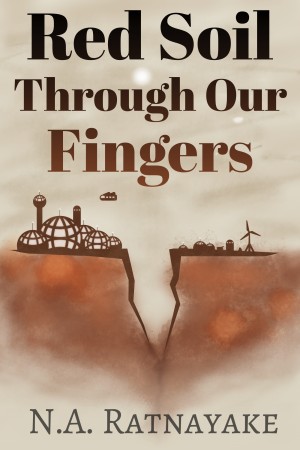 Red Soil Through Our Fingers by N.A. Ratnayake
Price: $2.99 USD. Words: 54,860. Language: American English. Published: January 15, 2016. Categories: Fiction » Science fiction » Hard sci-fi, Fiction » Themes & motifs » Political
A Mars colonist accepts a deal with a mining company to start a new life on humanity's off-world frontier; but idealism turns to unease when reality becomes darker than the fine print foretold. With his farm under biological attack and the most powerful player on the planet as an enemy, Mahela has no choice but to flee with information vital to the future of millions. 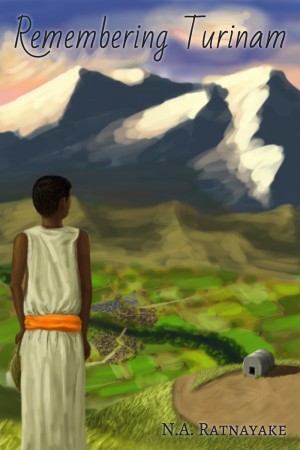 You have subscribed to alerts for N.A. Ratnayake.

You have been added to N.A. Ratnayake's favorite list.

You can also sign-up to receive email notifications whenever N.A. Ratnayake releases a new book.