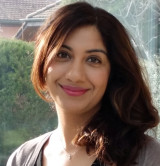 Nillu’s short story “Painted Truths and Prayer Beads” was published in May 2016 in Mosaics 2: A Collection of Independent Women. Another short story, “The Tombstone Man and the Coming of the Tigress,” was published in June 2016 in UnCommon Origins, an anthology of short fiction. In 2017, “Tombstone Man” is scheduled to reappear in UnCommonly Good.

Nillu has a BA in English and German Literature and an MA in European Politics. After graduating, she worked in national and regional politics, but eventually reverted to her first love.

She lives in London with her husband, three children, one angelic cat and one demonic cat, though she secretly yearns for a dog. If you fly into Gatwick and look hard enough, you will see her furiously scribbling in her garden office, where she is working on her next story.

Nillu’s first novel, a story of sexual politics and second chances in Mumbai, is due to be published by Evolved Publishing in Autumn 2017. To find out more about Nillu and get the juice on her latest books, read her blog, send her a tweet or sign up for her newsletter.

Where to find Nillu Nasser online 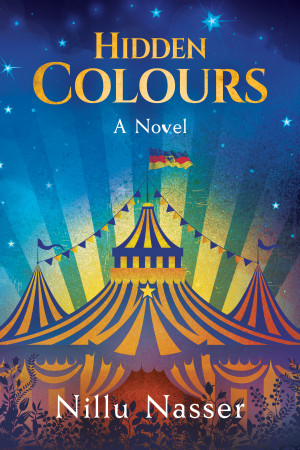 Hidden Colours by Nillu Nasser
Price: $4.99 USD. Words: 111,730. Language: British English. Published: December 3, 2018 by Evolved Publishing LLC. Categories: Fiction » Literature » Literary, Fiction » Women's fiction » General
Each evening, nestled in Berlin's Treptower Park, the immigrant circus comes to life. Ellie is passionate about the circus, Germany's flagship integration project, and drawn to its broken people. Even so, if she wants to keep her job at the newspaper, she must head up a campaign against it. 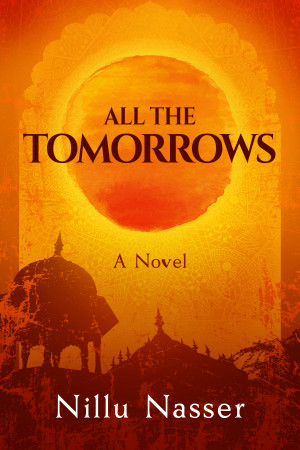 All the Tomorrows by Nillu Nasser
You set the price! Words: 111,810. Language: British English. Published: November 6, 2017 by Evolved Publishing LLC. Categories: Fiction » Literature » Literary, Fiction » Women's fiction » Feminist
Sometimes we can’t escape the webs we are born into. Sometimes we are the architects of our own fall. ~ Akash wants a love for all time, not an arranged marriage. When Jaya, his new wife, discovers he is having an affair, she takes her fate into her own hands in the form of a lit match.

You have subscribed to alerts for Nillu Nasser.

You have been added to Nillu Nasser's favorite list.

You can also sign-up to receive email notifications whenever Nillu Nasser releases a new book.