Paul T Kidd is an author and writer, and an independent researcher and policy analyst. Paul is engaged in a process of working to redefine the book publishing business and has taken a conscious decision not to follow the traditional route to publication. Instead he is seeking to explore new business models for authors, while also innovating through the style and technology. Working with organisations such as Amazon is a central part of this experiment in creating a new publishing paradigm. More information about all these matters, as well as his central muses, can be found on his web site: www.cheshirehenbury.com. Below is a summary of his writing experience and purpose.

Paul is a very experienced writer having, since taking up writing in the 1980s, undertaken a significant amount of technical writing and copy editing. He has written: newspaper and magazine articles; research papers; reports, chapters for edited books; manuals; leaflets and brochures; press releases; speeches; scripts; management reports; and books. Paul has produced work for the Financial Times, the European Commission and leading imprints such as Addison Wesley. He started writing fiction in 2001 and has written a number of novels. In his technology and engineering related work, Paul addresses topics related to the development of research strategy and policy, mostly connected with sustainable development. He is working on a number of non-fiction books in this subject area.

His insights into and his concerns about the mind-sets of many scientists, engineers, technologists, policymakers and business people, and their continued reliance on the application of the thinking and approaches that have led the world to its present predicament, has motivated him to begin to address these matters in his works of fiction. Through the use of fiction he aims to open the eyes of the citizens of the world to the inevitable outcome of the path that humanity is currently following, and to show that there is an alternative road; one that is built on reinventing science, engineering, technology and free enterprise; one that leads all to a much happier world and lifestyle.

Too many people have been misled into thinking that there is no alternative to our present path of development. To question science, engineering and technology is to commit a heresy. Within Paul's works therefore, you will see an exploration of matters that relate to choice in the way humanity lives, and a bringing to the fore of the spiritual side of life (in the widest sense of this term - not necessarily religious), which is increasingly being pushed aside in favour of a materialistic and greed-driven (what is euphemistically referred to as Economic Growth) civilization. The result is a soulless world where what matters most is money and possessions, but which is, as most people deep within them know, unsustainable.

People need to start thinking and talking more about these matters and to look to move human civilization forward instead of remaining in the time warp in which they are now trapped. Watch out for future publications! 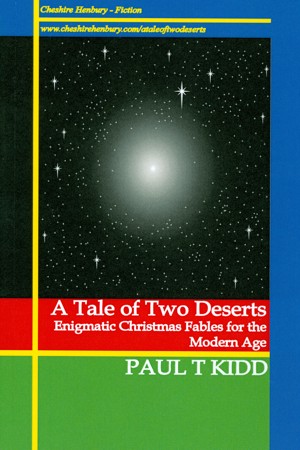 A Tale of Two Deserts: Enigmatic Christmas Fables for the Modern Age by Paul T. Kidd
Price: $2.99 USD. Words: 20,990. Language: British English. Published: November 25, 2013. Categories: Fiction » Inspirational
A Tale of Two Deserts is, as its subtitle suggests, a highly enigmatic work which is allegorical in nature. Its key theme is that of the battle between the soul and the mind, but told in a setting of two Christmas stories unlike any others in this genre of fiction. It is in fact two stories, which are at the same time one story. In many respects it is a work of art – an innovation in storytelling. 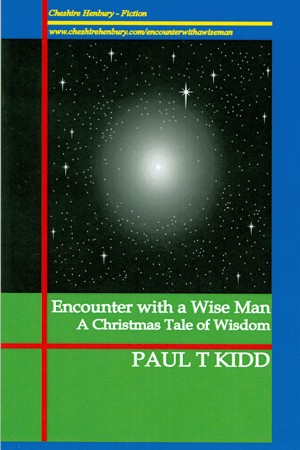 Encounter with a Wise Man: A Christmas Tale of Wisdom by Paul T. Kidd
Price: $1.99 USD. Words: 6,280. Language: British English. Published: November 22, 2013. Categories: Fiction » Inspirational
Encounter with a Wise Man is a tale based on a meeting between two mythical characters: Balthazar (one of the three wise men of the nativity story) and Father Christmas. This is the seasonal aspect of the book,but the tale also has a more serious purpose related to that which is called wisdom and its increasing absence from the modern world. 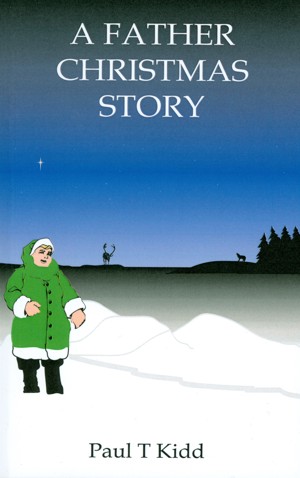 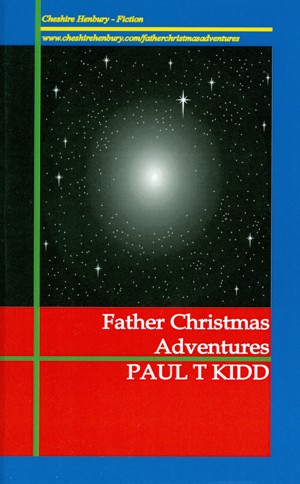 You have subscribed to alerts for Paul T. Kidd.

You have been added to Paul T. Kidd's favorite list.

You can also sign-up to receive email notifications whenever Paul T. Kidd releases a new book.