Pete ‘P.J.’ Grondin, born the seventh of twelve children, moved around a number of times when he was young; from Sandusky, Ohio to Bay City, Michigan, then to Maitland and Zellwood, Florida before returning to Sandusky, OH. That is where he married the love of his life, Debbie Fleming.
After his service in the US Navy, in the Nuclear Power Program, serving on the ballistic missile submarine U.S.S. John Adams, Pete returned to his hometown of Sandusky, OH where he was elected to the Sandusky City Commission, serving a single term. He retired from a major, regional, electric utility after twenty-six years of service.
Drug Wars is his sixth novel, the first in the Peden Savage series. His other novels are in the McKinney Brothers and include A Lifetime of Vengeance, A Lifetime of Deception, A Lifetime of Exposure, A Lifetime of Terror, and A Lifetime of Betrayal.

Where did you grow up, and how did this influence your writing?
I was born in Sandusky, Ohio, home of Cedar Point Amusement Park, the Roller Coaster Capital of the World. I am the seventh of twelve children. When I was six, we moved to Bay City, Michigan. Two years later, we moved across town in Bay City. Another two years and we moved to Maitland, Florida. That was when Maitland was on the outer edge of growth, in 1967. My dad suffered a bankruptcy and we moved to Zellwood, Florida. That was a very rural area back then. After ten years in Zellwood, at age twenty-three, I moved back to Sandusky, where I met the woman who would become my wife (we are still married and have two grown children and one grandchild). From there, I joined the US Navy and was stationed aboard a ballistic missile submarine. While in the Navy, I traveled to Orlando, Florida, to Great Lakes north of Chicago, Illinois, to West Milton, New York, to Goose Creek (outside of Charleston), South Carolina, then back to Ballston Spa, New York. Once discharged, I was employed by a major electric utility at a nuclear power plant and moved back home to Sandusky, where I still live today. Traveling to all these locations allowed me to meet people from all walks of life, from many different regions of the country, with all kinds of personality traits. I use all of this experience in my storytelling.
What's the story behind your latest book?
Drug Wars is the first book in my new Peden Savage Suspense series. Savage is a former US Marine and FBI agent who was forced out of the FBI. He had planned to expose corrupt agents who were planting evidence on drug dealers to ensure convictions. He runs his own investigative consulting firm specializing in supplying spy gadgets and support to law enforcement agencies throughout the southeastern United States, including the FBI and the DEA. When DEA agent Jarrod Deming is assassinated on live TV as he was preparing to expose corruption within his own DEA team, Savage is hired by his former boss at the FBI to investigate the murder. He is teamed with his former partner, FBI Special Agent Megan Moore. The suspects in the murder are many, from major drug smugglers to Deming's former team members. Deming's DEA Team partnered with a Superior Court Judge, who has his eyes on one of Georgia's Senate seats, and the District Attorney who ensures that the cases brought forth by the DEA are steered to the corrupt judge's docket. There are a number of subplots that take the reader on an exciting ride around Savannah, Georgia, the location for Drug Wars.
Read more of this interview.

Where to find PJ Grondin online 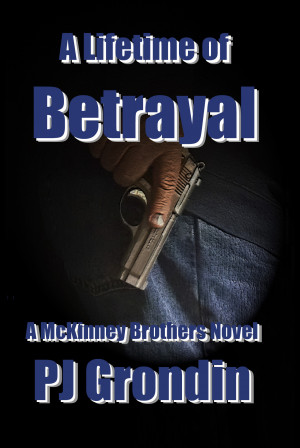 A Lifetime of Betrayal by PJ Grondin
Price: $2.99 USD. Words: 93,670. Language: English. Published: February 15, 2019. Categories: Fiction » Thriller & suspense » Crime thriller
Pat and Joe McKinney are living charmed lives with happy, healthy families, good friends and fortune. The future looks even brighter. But there is a dark cloud on the horizon. Seething with anger, Ace Glover comes out of the shadows to exact revenge on the men who destroyed his family. His entire life has been a stream of lies. To him, murder is the only way to end A Lifetime of Betrayal! 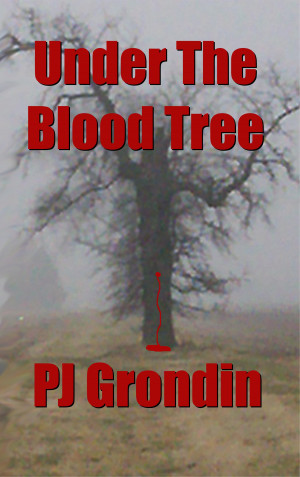 Under The Blood Tree by PJ Grondin
Price: $3.99 USD. Words: 91,820. Language: English. Published: June 20, 2017. Categories: Fiction » Thriller & suspense » Crime thriller
Severe drought ravages the Southeast. There is no end in sight as residents of Central Georgia brace for more unbearably hot, dry weather. The fears of four young men are realized when the shrinking water level of Cypress Lake yields a dark secret. Long ago, they made a pact to never speak of the secret to anyone. Now their lives hinge on keeping a childhood promise. 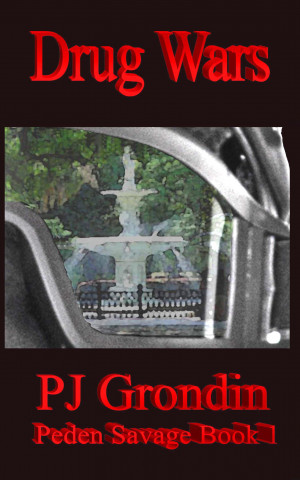 Drug Wars by PJ Grondin
Price: $3.99 USD. Words: 93,080. Language: English. Published: December 23, 2016. Categories: Fiction » Thriller & suspense » Crime thriller
When DEA Agent Jarrod Deming is assassinated on live television during a news conference, the FBI calls Peden Savage to assist in the investigation. The suspects are many, from hard core drug smugglers, to Deming’s fellow agents at the DEA. The probe takes a dangerous turn when Savage is nearly killed. He concludes that he must be getting close to the killer. 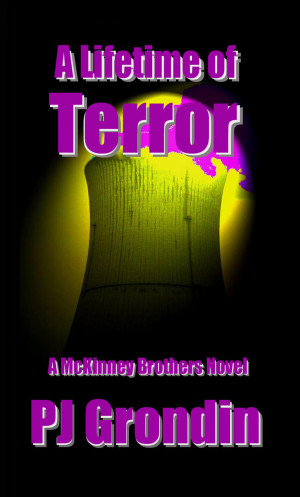 A Lifetime of Terror by PJ Grondin
Price: $2.99 USD. Words: 96,670. Language: English. Published: November 2, 2011. Categories: Fiction » Thriller & suspense » Crime thriller
Hatred and a desire to even the score drive Victoria Garcia. She has money, a partner and motivation. She needs the right moment. Sheik Al Salil has the motivation. He's waited decades to strike a blow against his enemies. Take a Syrian man, a Mexican woman, and enough hatred to fuel a nuclear power plant and an oil refinery and and you get A Lifetime of Terror! 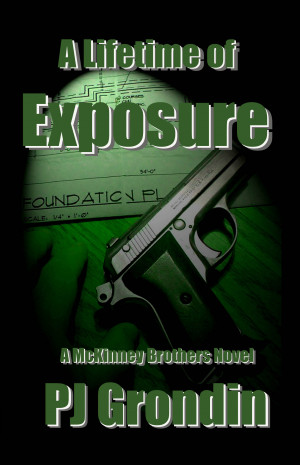 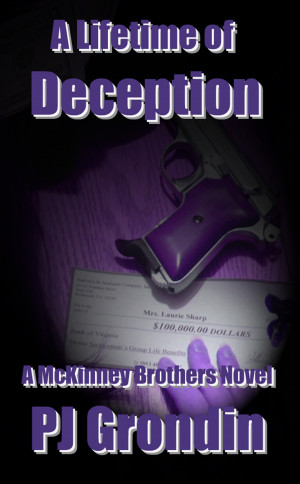 A Lifetime of Deception by PJ Grondin
Price: $2.99 USD. Words: 119,730. Language: English. Published: February 20, 2010. Categories: Fiction » Thriller & suspense » Crime thriller
Becky Lippert was Bobby Garrett’s secret weapon in his game of extortion. Using her beauty and charm they robbed young soldiers and sailors of their life savings. Nobody was supposed to get hurt. But when theft turns to murder, the McKinneys are drawn into an investigation that turns into a manhunt across the Southeastern United States. Will Becky and Bobby continue A Lifetime of Deception? 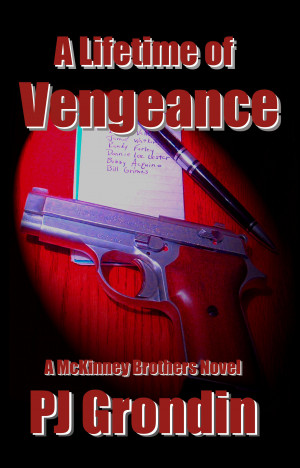 A Lifetime of Vengeance by PJ Grondin
Price: $2.99 USD. Words: 112,920. Language: English. Published: February 19, 2010. Categories: Fiction » Thriller & suspense » Crime thriller
Young, impressionable. The McKinney Brothers are in deep before they know it. It’s hard to turn away from easy money in the Florida drug trade. Recreational use quickly became a six figure income. But what seems too good to be true usually is, especially when business relations turn deadly. The plan to retaliate goes haywire. All they want is to get their lives back in A Lifetime of Vengeance.

You have subscribed to alerts for PJ Grondin.

You have been added to PJ Grondin's favorite list.

You can also sign-up to receive email notifications whenever PJ Grondin releases a new book.