Charles Pascal has been teaching Amateur radio and FCC license exams for over 30 years. Pascal has taught over 10,000 students to pass all classes of both amateur and commercial FCC tests. Charlie has taught students how to pass FCC license tests for the Los Angeles County Sheriff’s Department, General Telephone, Pepperdine University, Children’s Hospital, the City of Santa Monica, UCLA, Culver City, Sony Pictures and the California Yacht Club. Students who took Pascal’s classes reported a test passing percentage of 97% passing all exams on the first attempt.

In 2007 Mr. Pascal Received the Golden Key award from the Association of Santa Monica Bay Yacht Clubs for 25 years of teaching and community service.

The author has held his Amateur license for 53 years and holds a Master’s Degree in Education and Counseling from Loyola Marymount University.

The writing style for this book has been developed from over 30 years of teaching and direct classroom experience.

Pascal’s books are designed to simplify the material and make learning of this information enjoyable for all students from ages 8 through 95.

As an Amateur radio operator what were your major accomplishments?
In 1966 my father and I went on a radio expedition to Europe where we operated from the Vatican, Monaco and Madeira Island.
In 1985 I began teaching Amateur radio in Santa Monica California for the PNP School of Amateur radio.
In 1986 I began teaching Amateur radio license preparation for boaters in the Marina Del Rey.
In 1993 I became the disaster radio training coordinator for the Los Angeles County Sheriff’s Department, which I held through 1999.
During my time as training coordinator I set up several city disaster preparedness programs for the cities of Santa Monica, Beverly Hills, Malibu and the Marina Del Rey.
In 2000 I joined ABCO Technology an information technology school where I have merged Amateur radio with information technology.
In 2007 I received a Master of arts in Education and Counseling from Loyola Marymount University at Los Angeles.
Since 1985 I’ve trained over 10,000 students to successfully pass FCC license examinations.
How long have you been licensed as an Amateur radio operator?
I received my first license, which was the Novice license in November of 1962. I have been licensed for fifty-three years.
Read more of this interview.

Where to find Charles Pascal online 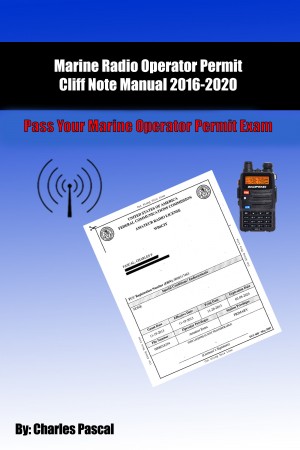 Marine Radio Operator Permit Manual - Pass Your Marine Operator Permit Exam by Charles Pascal
Price: $5.00 USD. Words: 14,000. Language: English. Published: September 19, 2016. Categories: Nonfiction » Education & Study Guides » Organizations & institutions
This manual is written with an explanation of each FCC test section for the exam. Directly below the explanations you will find the actual question pool questions. At the bottom of each exam page, you will find your answer key so you can score your test. Study this manual thoroughly before taking the exam. 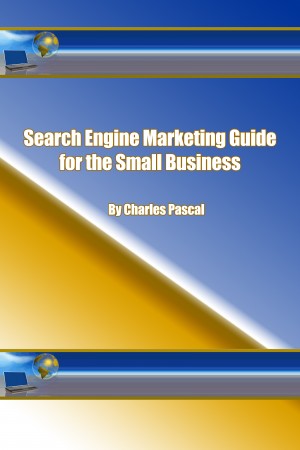 Search Engine Marketing Guide for the Small Business by Charles Pascal
Price: $9.99 USD. Words: 75,770. Language: English. Published: January 7, 2016. Categories: Nonfiction » Computers & Internet » Web / search engines, Nonfiction » Education & Study Guides » Computers & technology
Several studies have concluded that 80% of listed websites are web invisible to search engines. When a website is improperly marked up for the major search engines, valuable customers who are looking for that website will not be able to find it. The purpose for writing this book is to act as a marketing guide for businesses and organizations large and small to ensure their services are visible 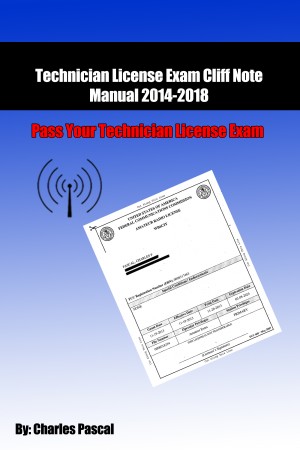 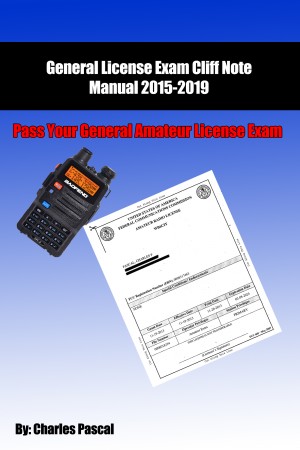 General License Exam Cliff Note Manual 2015-2019 by Charles Pascal
Price: $4.99 USD. Words: 38,830. Language: English. Published: August 18, 2015. Categories: Nonfiction » Education & Study Guides » Study guides -- Tests, Nonfiction » Education & Study Guides » Test preparation
This manual is designed to help you pass the FCC general license exam. The exam questions have been organized into 35 sections. Each section represents one multiple choice question on your general exam. The explanation material is found directly above the actual published FCC questions you will be asked to answer. Read the material, and then look over the test questions found directly below

You have subscribed to alerts for Charles Pascal.

You have been added to Charles Pascal's favorite list.

You can also sign-up to receive email notifications whenever Charles Pascal releases a new book.