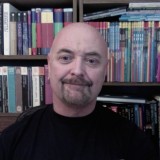 Simon offers a wide variety of presentations, workshops and author in residence programs for schools, along with virtual author visits by video using Skype. He is an instructor for adults with the University of Calgary and Mount Royal University and offers a variety of in-person and online workshops for both children and adults.

When did you first start writing?
My first novel, The Alchemist's Portrait, was published in 2003 and I began writing on a serious basis a few years before that.
What's the story behind your latest book?
The Shadowzone series involves the discovery of a grim dystopian version of Earth that’s ruled by a totalitarian dictatorship, the threat of a deadly virus, and a race against time to save the lives of millions. The three books in the series are Shadowzone, Into The Web, and Black Dawn.
Read more of this interview.

Where to find Simon Rose online 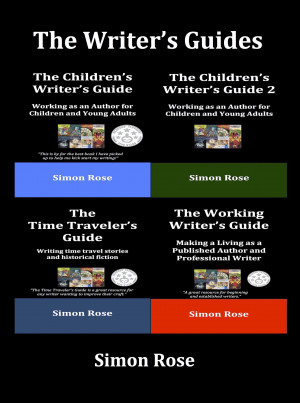 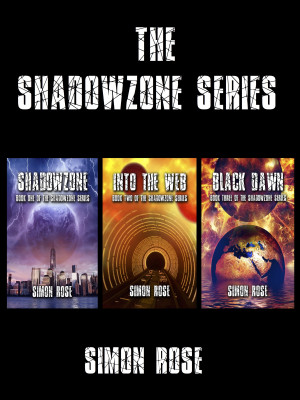 The Shadowzone Series Box Set by Simon Rose
Price: $5.99 USD. Words: 116,240. Language: English. Published: September 14, 2018. Categories: Fiction » Young adult or teen » Science Fiction
The Shadowzone Series of science fiction and fantasy novels, including Shadowzone, Into The Web, and Black Daw, involves the discovery of a grim dystopian version of Earth ruled by a totalitarian dictatorship, the threat of a deadly virus, and a race against time to save the lives of millions. "Shadowzone is the first book in a series and I guarantee you will be racing towards the second." 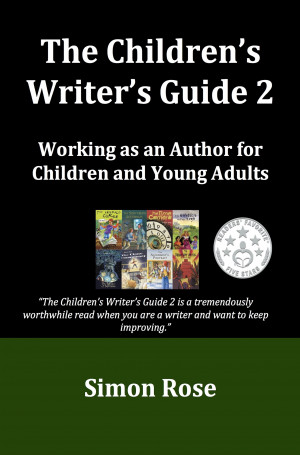 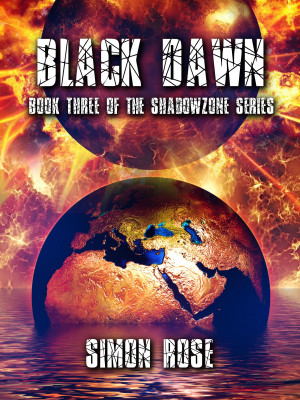 Black Dawn by Simon Rose
Price: $1.99 USD. Words: 45,340. Language: English. Published: July 27, 2017. Categories: Fiction » Young adult or teen » Science Fiction
In a dark parallel world, attacks by its most determined opponents have forced the Ministry to change its plans. Yet the ruthless Director-General is prepared to sacrifice anyone to achieve an entirely new beginning, no matter what the cost. In a deadly race against time, as events spiral out of control, Ben and Charlie must risk their lives to save two worlds from destruction. 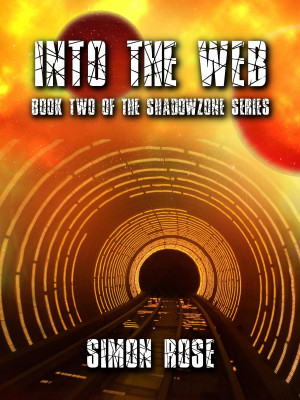 Into The Web by Simon Rose
Price: $1.99 USD. Words: 36,800. Language: English. Published: July 27, 2017. Categories: Fiction » Young adult or teen » Science Fiction
On a doomed version of Earth, the sinister schemes of the Ministry are moving closer to completion, with dire consequences for the inhabitants of two worlds. For Ben and Charlie, an unlikely alliance, unexpected reunions, and the mysterious prophecy of the Chosen One offer a glimmer of hope, with the ever-present prospect of betrayal, as they embark on an unpredictable journey into the unknown. 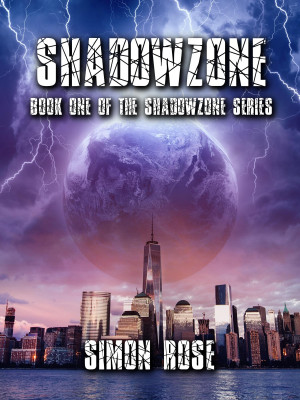 Shadowzone by Simon Rose
Price: $1.99 USD. Words: 38,110. Language: English. Published: July 27, 2017. Categories: Fiction » Young adult or teen » Science Fiction
While watching intense flashes of lightning during a violent storm, Ben experiences mysterious and disturbing visions of another world, one very different from his own. In the chain of events that follow, Ben encounters Charlie, a girl from a dark version of Earth, a planet doomed by the effects of environmental catastrophe, where the leaders will stop at nothing to complete their deadly mission. 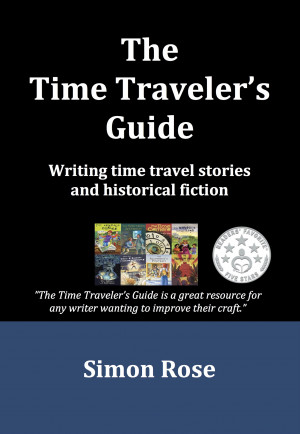 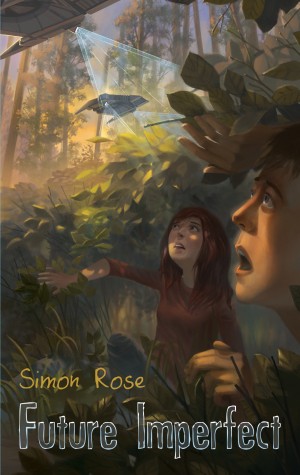 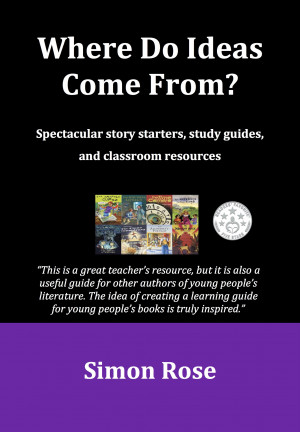 Where Do Ideas Come From? by Simon Rose
Price: $1.99 USD. Words: 7,220. Language: English. Published: June 1, 2016. Categories: Nonfiction » Reference » Study guides, Nonfiction » Reference » Writing skills
Where Do Ideas Come From? examines how novels can be used to create workshops and creative writing exercises. The book provides suggestions and recommendations for teachers developing classroom projects based on the books but might also serve as inspiration for aspiring writers of all ages. 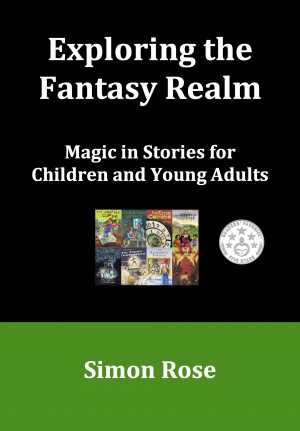 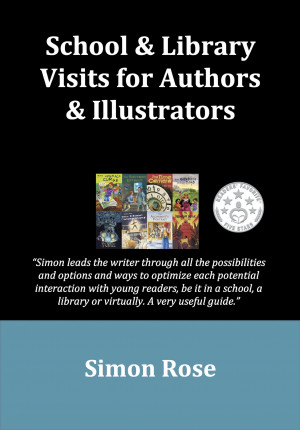 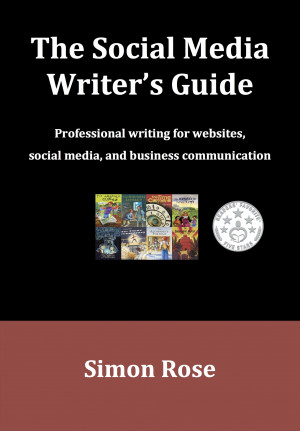 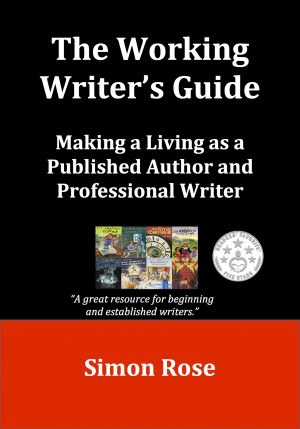 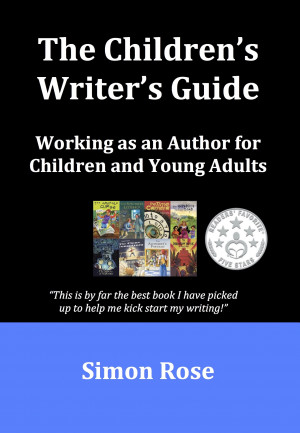 The Children’s Writer’s Guide by Simon Rose
Price: $1.99 USD. Words: 26,990. Language: English. Published: January 7, 2016. Categories: Nonfiction » Children's Books » Writing, Nonfiction » Reference » Writing skills
The Children’s Writer’s Guide examines working as an author for children and young adults. Topics include getting started as a writer, dealing with writer’s block, where ideas come from, choosing names for characters, the importance of revision, writing science fiction and fantasy, the use of magic in stories for children, author visits to schools and libraries, and marketing and promotion. 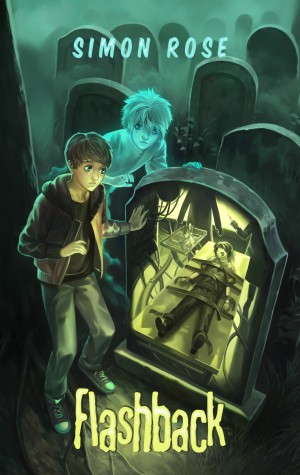 You have subscribed to alerts for Simon Rose.

You have been added to Simon Rose's favorite list.

You can also sign-up to receive email notifications whenever Simon Rose releases a new book.